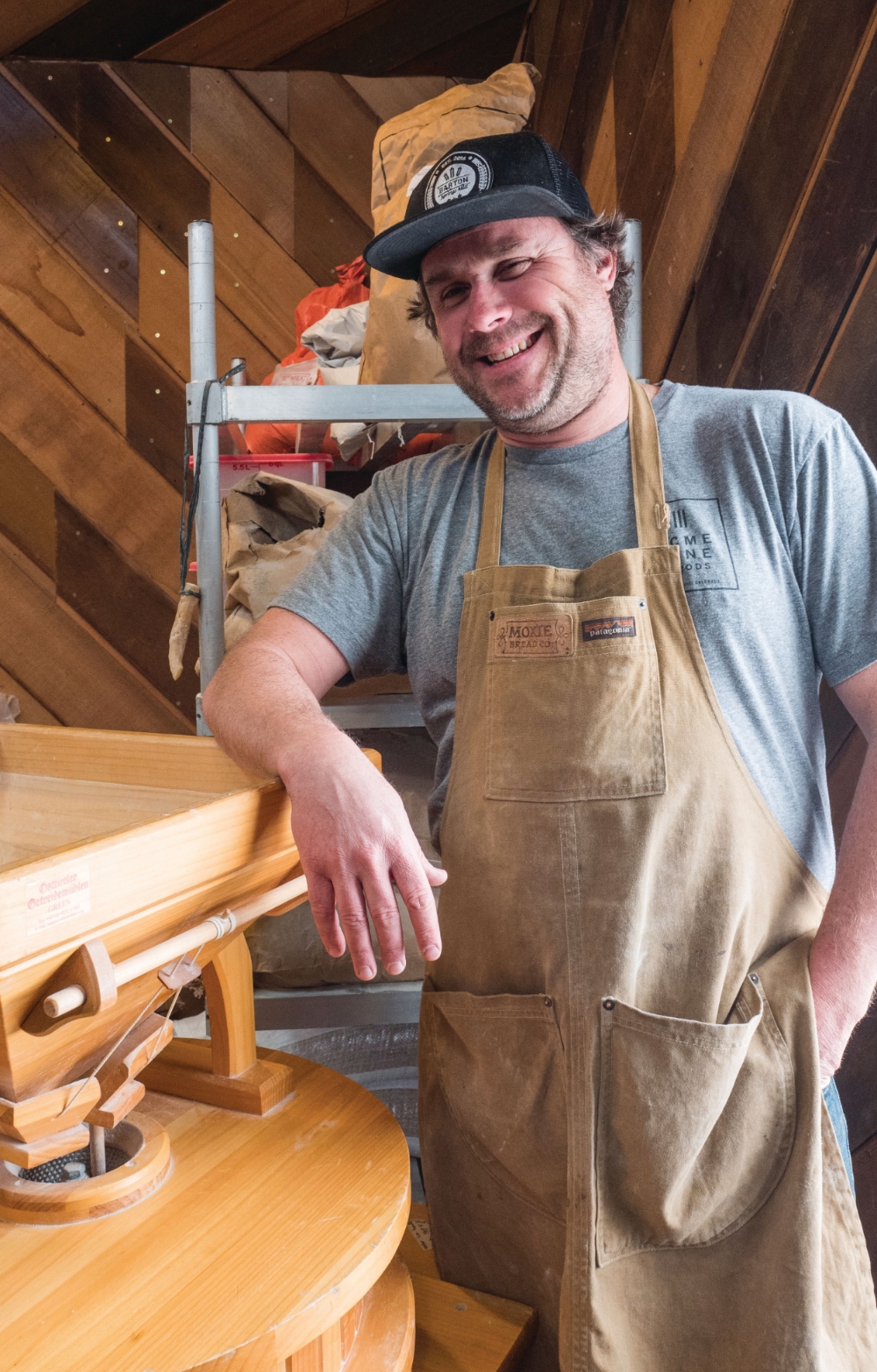 Laid-back, with a jocular Seth Rogen vibe, Andy Clark is a storyteller whose conversation is unceasingly colorful. Sit down with him, and you’ll feel instantly  at ease. Which explains, in part, why the Louisville patrons of his Moxie Bread Co. are such loyal fans. The other part, natch, is that the man can bake.

Clark’s baking education spans nearly two decades—from a first gig at Boulder’s Daily Bread to a 15-year career at Whole Foods, where he “grew a bakery that ended up being 30,000 square feet with 150 employees,” to a year and a half as COO of Udi’s Artisan Bakery, where he mastered “really dialing in on the details.” All the while, Clark dreamed of having his own little bakery café.

In March 2015, he found the perfect spot—a sweet, little 1880s house with creaky floors—on the southwest corner of Main Street in old town. From the getgo, there was an outpouring of local support—like the old-timer who scolded Clark for the lack of proper signage (and promptly got to work making him one) to the local cop who moseyed into a late-night, post-work banjo/whiskey session on the front porch for a tour. “The whole community showed up,” Clark says, “to help push walls out and put the roof up, literally.”

Moxie Bread Co. opened in June 2015, complete with hippy eclectic décor, local artwork, cozy seating and wood-slab bar tops. Its sweet-as-pastry staff serves up signature fresh-milled, whole-wheat breads made from organic heirloom grains, as well as pastries, rustic sandwiches, stellar coffee and pleasant conversation. “My primary objective was to make really good bread, to love every loaf the way I want to, and to provide a meeting place like the pubs in Britain or cafés in Italy.”

The community spirit in him led to gatherings that include musical evenings with local players, summer Friday outdoor pizza nights and his work as chair of Colorado Grain Chain, a nonprofit that supports area grain farmers. “My priorities have totally evolved,” he says. “I have a greater passion for community than almost any other aspect of the business.”