“There is a cliché that sculptors as people who wear boots with steel toes and point and grunt,” says Colorado artist Linda Fleming. “But there are also some brilliant, extraordinary sculptors in the world who are deep thinkers interested in how things come into being.” And while the Pittsburgh-born sculptor has worn steel-toed boots on occasion, her fascination with particle physics and the structure of the universe would place her firmly in the latter camp.

Fleming’s current works are laser-cut, powder-coated steel forms that translate into latticed, curvilinear works of art, but earlier in her career, lodgepole pine was her medium. “Materials and technology have finally caught up with me and transform what I’m able to make,” she explains. Fleming uses the strength and durability of chromed steel to create her life-size linear drawings. Some of her sculptures are large enough to walk inside; others hang on a wall, casting their own set of shadows. “You can see the object, see through the object and see inside of the object—three things simultaneously,” says Fleming. 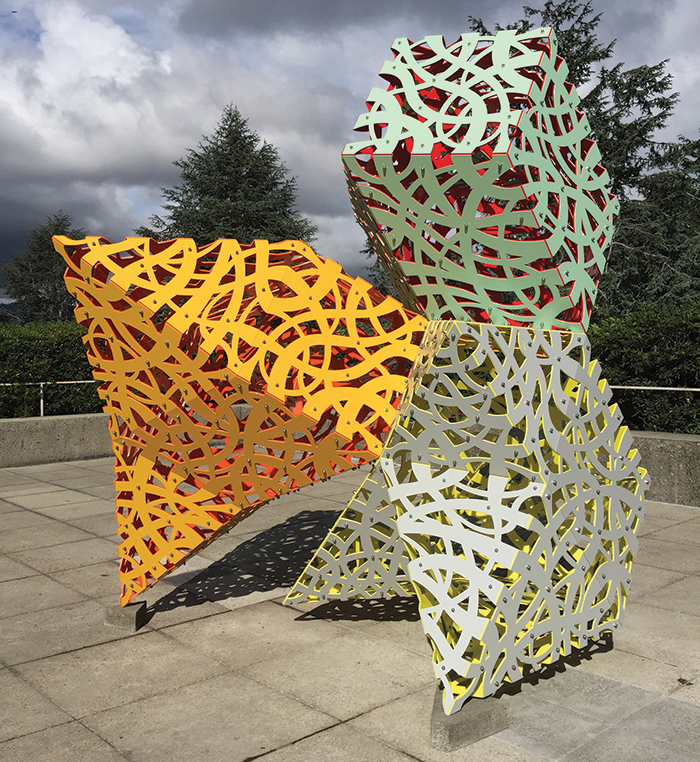 A doppelgänger for actress Helen Mirren, Fleming studied at Carnegie Mellon University and the San Francisco Art Institute before moving to Southern Colorado in 1967. The Colorado move was the result of an NYC stint during which she met a group of like-minded artists who wanted to form a communal living space in the West. She co-founded a community of artists, musicians and writers, called Libre, on a 360-acre plot in the Greenhorn Mountains, where they have built multiple homes, studios and structures. 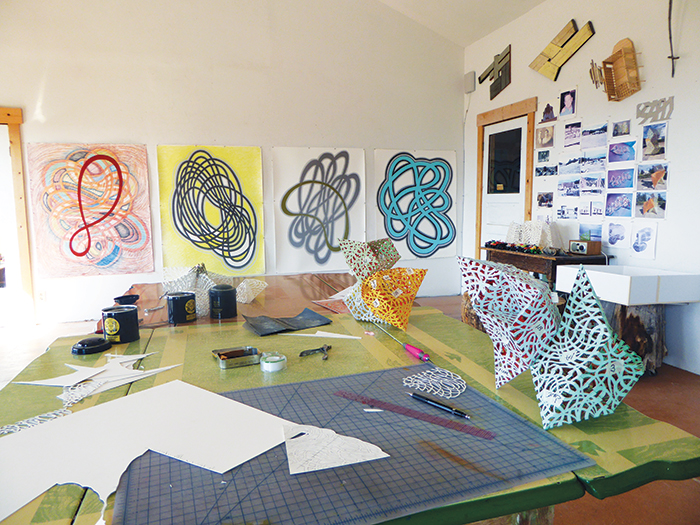 “Let’s just say I’ve had a varied existence,” says the sculptor, who built her own home and studio on the property herself. Later in life, she built two other structures, one in the Nevada desert, and the other in the Bay Area. “I spend as much time in each of these places as I possibly can and am still heartbroken to leave one for another,” Fleming says. “Migrating allows the awareness of parallel, coexisting realities to emerge, and that is the real subject of my work.”

She explains that drawings are just the beginning stage of a four-month process for creating one of her large-scale sculptures. “I look at the natural world around me. I’ll look at a shrub and will start to see it form into a gaseous cloud; I’ll see the way the desert floor cracks and forms geometric polygons. I look at the things around me, and that generates the drawings.” 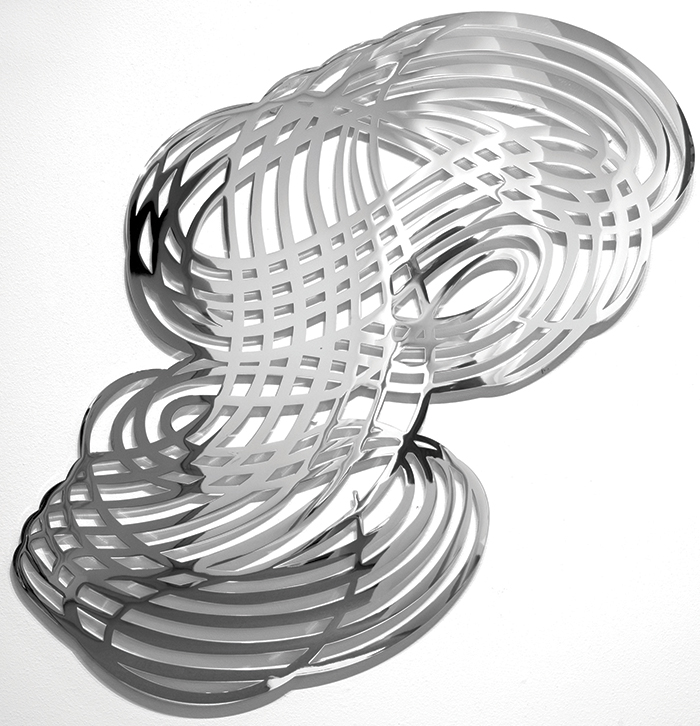 Fleming’s process begins with independent forms of five-ply bristol board, from which she cuts shapes and panels that work with one another until she finds a tangible structure. Next, she creates a three-dimensional, lace-like paper model that allows her to see through the shapes before scanning each flat panel. Those computer files are sent to a laser-cut steel company in California, which produces and delivers the panels to her studio, where Fleming and two assistants weld them together. Finally, the sculpture is sent to the powder-coaters, where it receives its colors.

“Even when people can’t recognize it, they are embracing natural forms that Linda has created using incredible light and beautiful steel,” says Debra Demosthenes of Denver’s Robischon Gallery, which has featured Fleming’s work since 1984. “The view never stays the same when you walk around her structures. Even the tiniest bit of light makes the light shift all of the time, which is how the world is.” 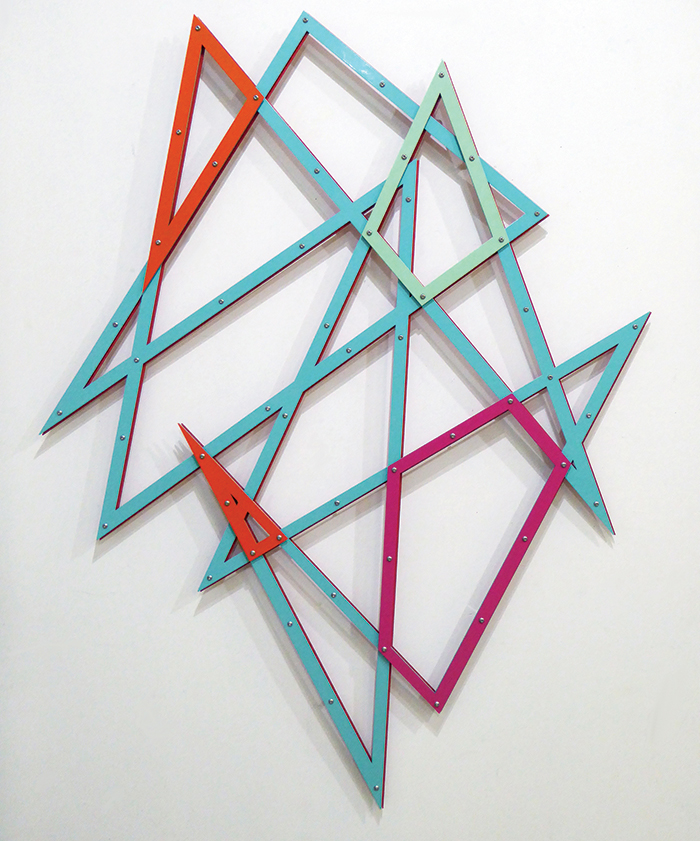 Recently retired as professor of fine arts and chair of the sculpture department at California College of the Arts, Fleming says she now plans to spend more time working and continuing to investigate the relationship between nature and humankind’s place in the universe. Coming up is a busy exhibition schedule at several galleries in the West, as well as a grand-scale installation on the University of Colorado, Colorado Springs campus. Her husband, painter Michael Moore, will also reap the benefits of her retirement, as their time in the mountains will almost double.

Fleming’s life journey is much like the tangles of lines in her sculptures, weaving disparate experiences together to find bold identity and structure. And now that she has returned to Colorado on a more permanent basis, she is ready to take the next step forward. “Colorado was the first place that I ever really got to know. It’s where I learned to see, to hear, to listen, to dissect,” she says. “Being in this landscape has become an incredible touchstone for me.”