Life is Her Landscape

“I recently found my report card from kindergarten, and it basically said, ‘Susan likes to sit in the corner and color, and then she is very happy,’ ” says Colorado artist Susan X. Billings, laughing. For Billings, now age 65, it has always been about the art—that’s the simplest way to explain the trajectory of her more-amazing-than-fiction life.

It all started in Concord, Massachusetts, where as a youngster, Billings (the X stands for Xanthes, defined, appropriately, as someone who “lights up a whole room”) romped through the woods once made famous by Louisa May Alcott, even learning how to swim in Walden Pond. And always, she was drawing, drawing, drawing. 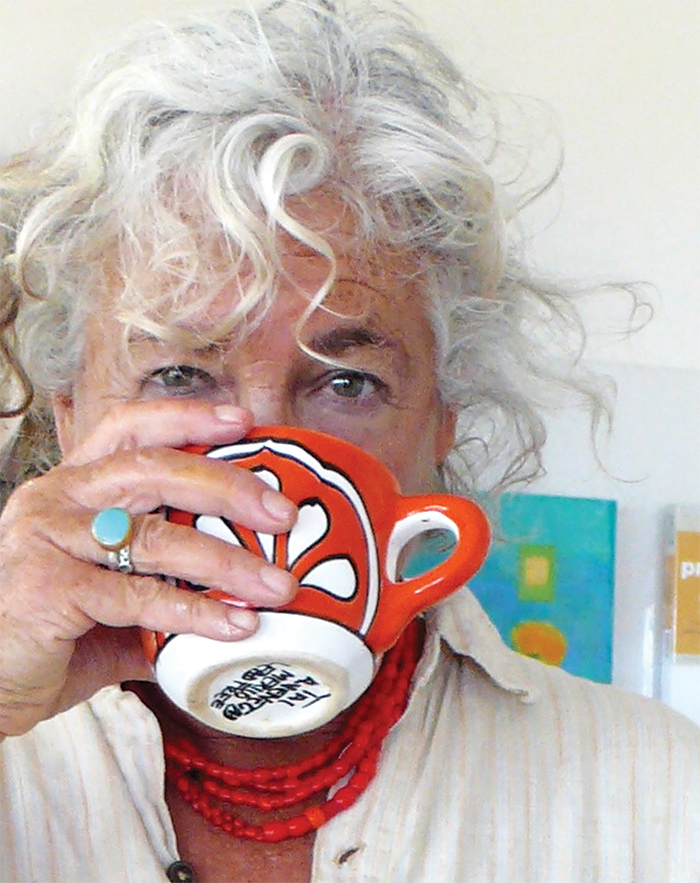 Although art as a career was a foregone conclusion, Billings’ route was circuitous: first, a “traditional” year at Vermont’s Bennington College; then a year at Switzerland’s progressive University of the New World (where Beat Generation poet Allen Ginsberg was teaching); followed by a summer in Banff, Canada, a few months kicking around Paris taking art classes, and finally the Rhode Island School of Design, where she graduated with a BFA in glassblowing and sculpture.

But it was something nonacademic, a Colorado Outward Bound course that Billings took while in school, that really changed her life. “It turned my head around,” she says. “It was grueling—I was camping out in the winter in Leadville—but I loved it. It made me realize that being outdoors had to be part of my life, no matter what.”

So after graduating from RISD, she says, “I knocked around the East Coast for, oh, about three and a half minutes, picked up my diploma, got into my little Tacoma pickup truck, which had a hand-built camper in back with really beautiful rondel windows I had made,” and headed west. “As soon as I saw that first set of mountains against the sky, I thought, ‘There is nowhere else I want to be.’ ”

The outdoor life not only helped pay the early bills (she worked as an Outward Bound instructor and guide) but also introduced her to her husband, Duncan Ferguson, a climber who was the longtime head of product testing at Patagonia (in other words, the guy who made sure those $400 Gore-Tex jackets wouldn’t leak in a thunderstorm at 13,000 feet), and ultimately inspired her art. 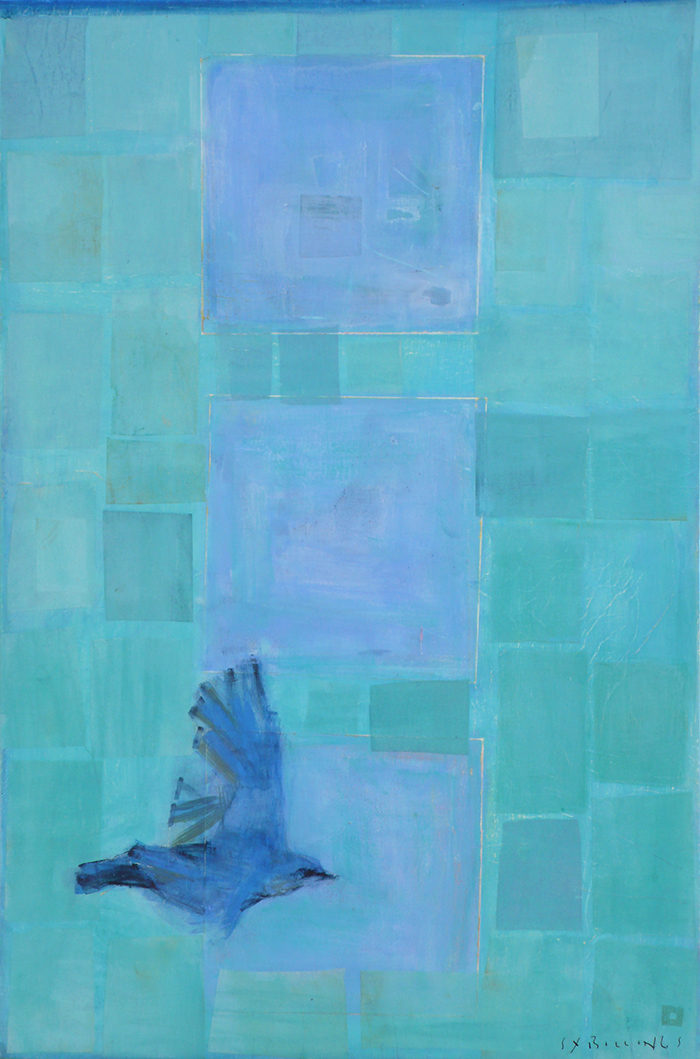 “I don’t consider myself a landscape artist, but the landscape has a lot to do with how I paint,” she says. “It’s the color of the sky, the kind of light.”

But even more important, she says, is that the outdoor skills she learned—“taking care of yourself in intense environments”—helped teach her the courage she needed to be a true artist. 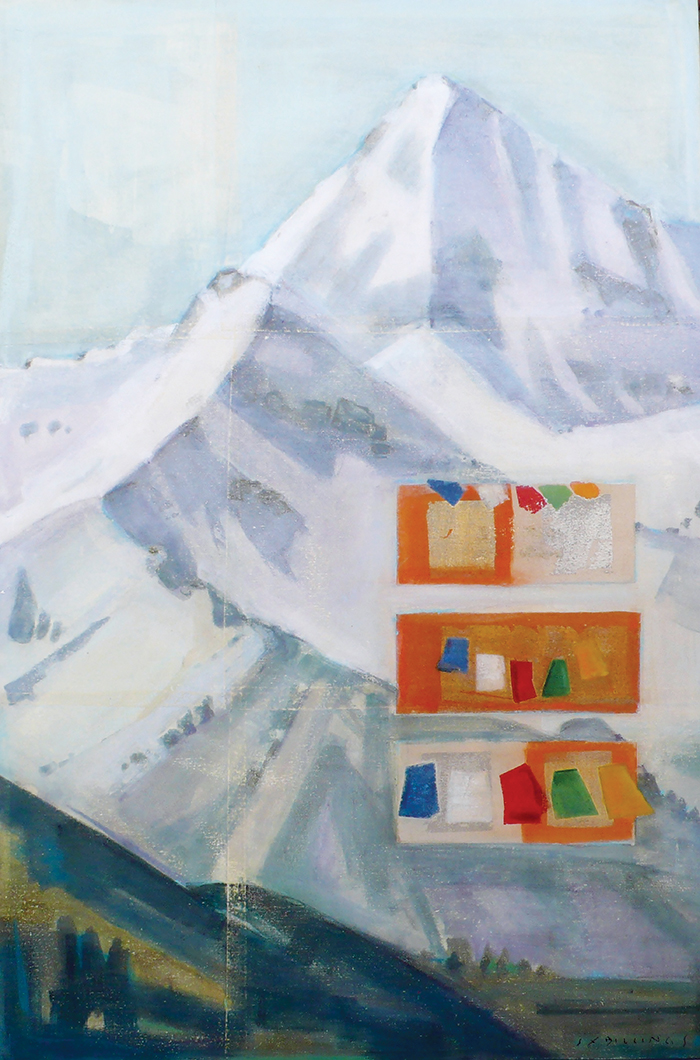 “Mountaineering requires the same kind of confidence you need in painting because you don’t know what to expect and you don’t even know what the outcome will be, but you do it anyway. It requires attention and focus, and you have to put yourself in it completely, but you also can’t lose sight of what you’re trying to do.”

Today, Billings and Ferguson, who have two grown children, spend about six months of the year living in an off-the-grid solar adobe house on 35 acres in Norwood, Colorado (about 40 minutes west of Telluride), and the other half living in Baja, Mexico. Both places, she says, immerse her in worlds that “are alluring and really exciting to throw yourself into.” 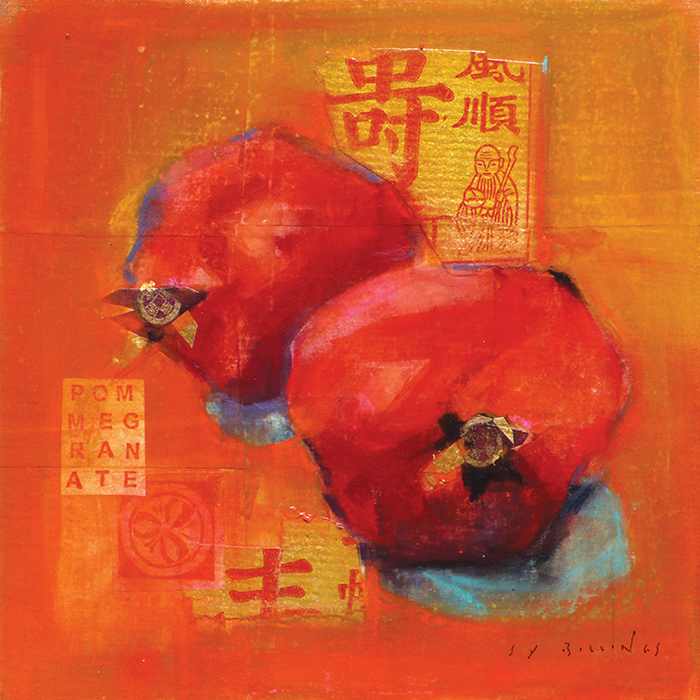 “I think I live where I live and do the things I do, like learning how to herd with the local cowboys, because they call to me as something that would be fulfilling and fascinating, and then I want to tell their story through my painting. I’ve been there, and I’ve done something; now I want other people to know it too. Ultimately, I try to paint a horse the way it felt to ride it, or paint the mountains the way it felt to explore them, or paint pomegranates as if you were tasting them.”