Whether he’s scouring a flea market or closing on a new apartment, Boston-born designer John Derian is driven by intuition and impulse. “It’s all about instincts and being organic,” he says. This trust-in-the-moment attitude has been Derian’s compass throughout his 53 years: It motivated him to drop out of art school, move to New York on a whim and ultimately turn a lifelong love for collecting into a successful business.

Established in 1989, John Derian Company started with Derian’s collection of decoupage plates, bowls and platters made with 18th- and 19th-century prints found at antiques shows and street markets. Now, he has three carefully curated New York shops brimming with old-world accessories and handmade furniture, a book that showcases his favorite prints found over the years, a furniture line with Cisco Brothers, and come August, a wall calendar and journal. We caught up with the self-taught antiquarian here. 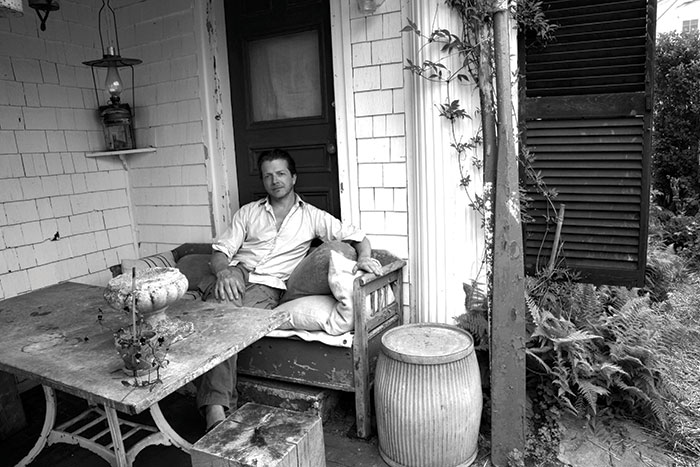 HE PLAYED WITH FURNITURE

I’d like to say I’ve done the same thing since childhood. I was obsessed with rearranging furniture. If I had to clean the living room or my bedroom, I would move things around. I remember being really young and trying to move a dresser and it falling and my brother being really mad at me. I also always made things. I would take things and make them into mobiles. I would do drawings, cut them out to make a stencil, and then stencil images onto things. I made things just because I loved making them. I still do that kind of stuff, though bureaus don’t fall on me.

“I don’t know if I have a philosophy as much as I just have a passion for the things that I find. And I want to share what’s so beautiful about that image, which is why I might share a detail instead of the whole thing.” — John Derian 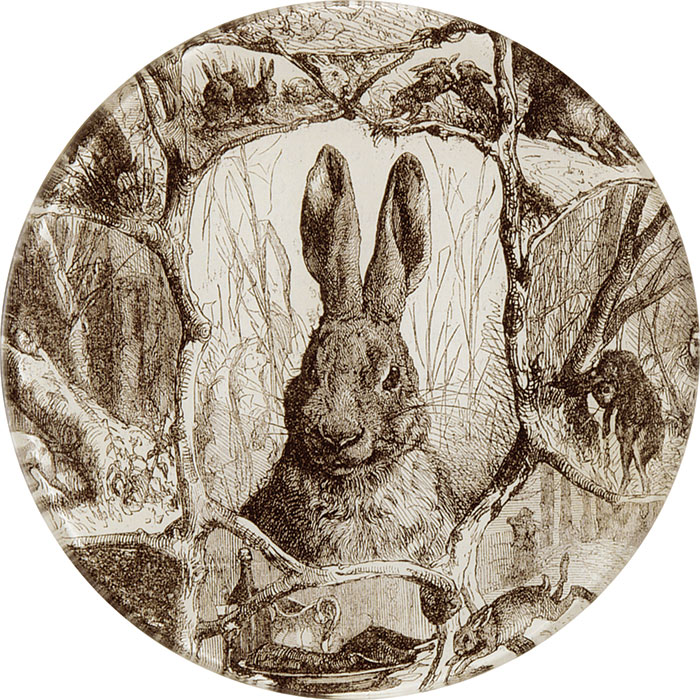 When I was 15, I went to Brimfield Antique Show in Massachusetts with my sister, and she got me hooked on loving old things. Then I basically fell in love with the 19th century. There was so much well-made handmade stuff. There was so much craft done then that was interesting to me. I like the furniture and the images from that period. 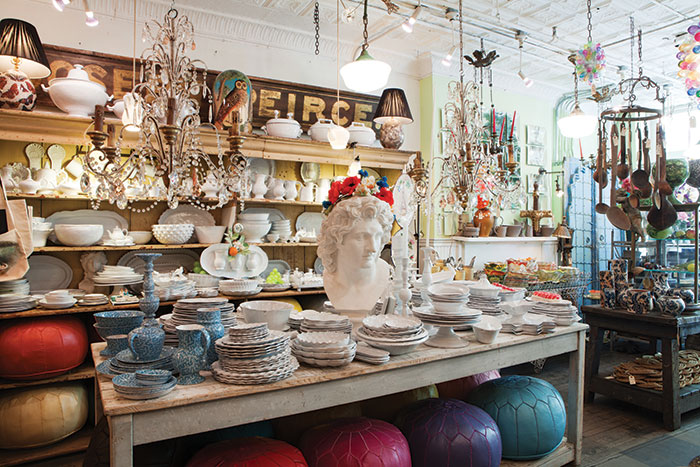 EUREKA IN A BOX

In the winter of ’83, I was antiquing with a friend, and I found a box of old books in a shop in Marblehead, Massachusetts. They were getting rid of a bunch of stuff they had, so you could just buy a box of stuff for a set price. Inside that box were a bunch of old prints. Those really stuck in my mind. How could they be this bright and colorful and be this old? Where did they come from? Who made them? It just got into my head. I started to just pick up papers here and there.

“The only advice I have is to trust your instincts and pay attention to what your reactions are. If there’s something you love and you have a purpose for it, put those two together.” –John Derian 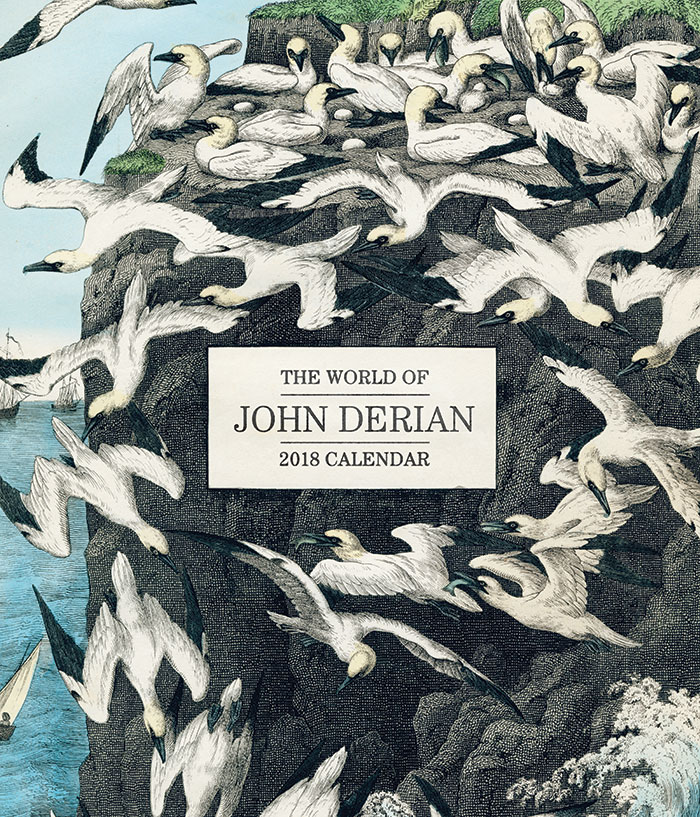 LISTEN TO YOUR REALTOR

When I started making stuff to sell in stores, that was kind of an accident too. I was basically moving from one apartment to another, and the realtor was trying to rent my apartment. She saw some wreaths that I made and asked if she could buy one. And that was my first sale. That got me thinking that I needed to sell to other people. 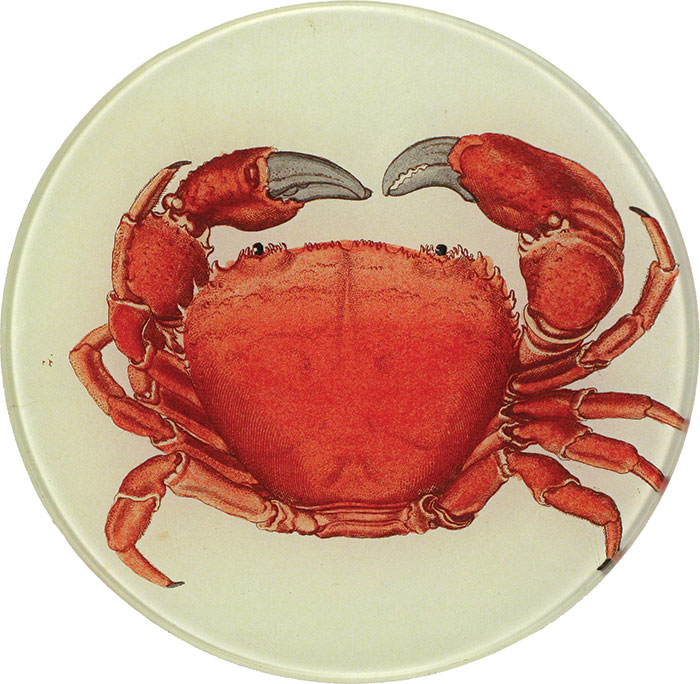 All throughout the ’80s, I worked in a shop in Boston. One day a woman came into the shop and said, “You should make some collages on the back of these glass plates. Here are the plates. I don’t have time to do it.” I went to my studio and made the plates. I sold them; they were pretty awful. Then a couple months later I realized I could use reprints of the images and they wouldn’t be destroyed from the glue like the originals. Then I made a couple plates with Barneys and saw them two times. The second time they had revisions for me, and I was sort of tired of dealing with them, so I called a store that someone recommended in uptown New York. They said, “These are great. Can we wholesale them?” She explained they were going to bring them to a show and people are going to buy it for this price and sell it for this price. Three days later the show ended, and I got $30,000 worth of orders. I had to get my friends to help me glue things. It basically happened overnight, and then it just continued. 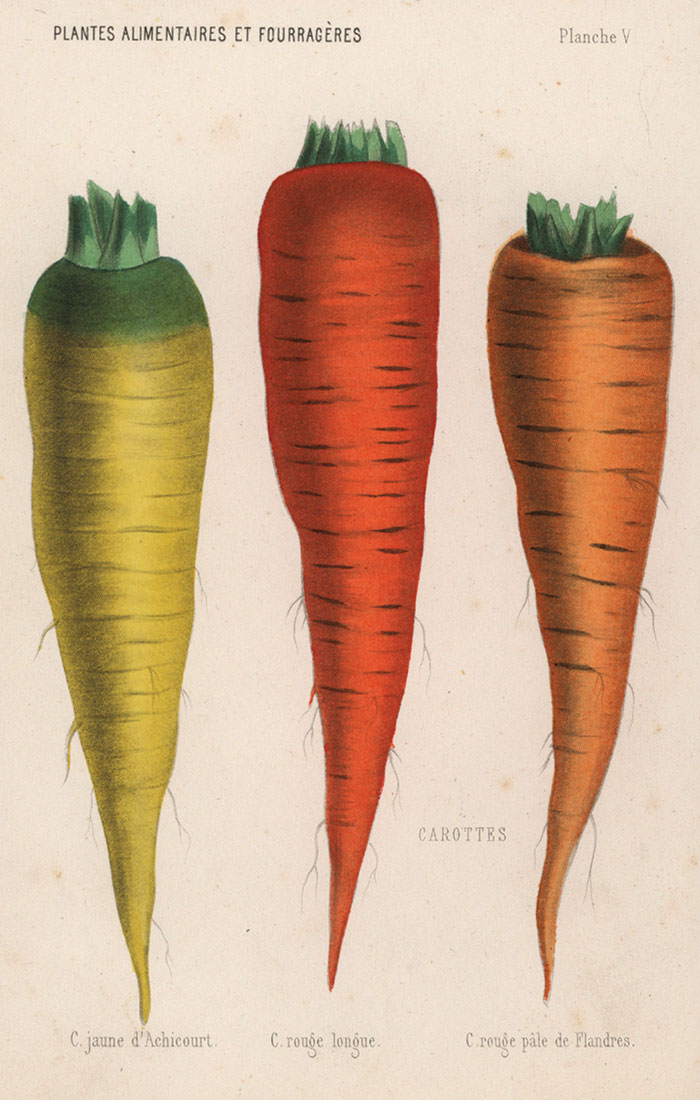 ANNA WINTOUR IS A GOOD FRIEND TO HAVE

In the early 2000s I looked at what I was doing and started to incorporate more personal things in the collection. Then the business changed again in a better way. At the same time, I expanded my store, [Vogue Editor] Anna Wintour became a customer and she decided to put me in her magazine as the best store to shop at in New York. It was a big surprise with models in my store. That kind of put me into a lifestyle store category. Then I started making more collections a year to keep up with the change, because in fashion things change more than they do in [the home category]. That really helped push me and my brand to be in stores that weren’t just gift shops. 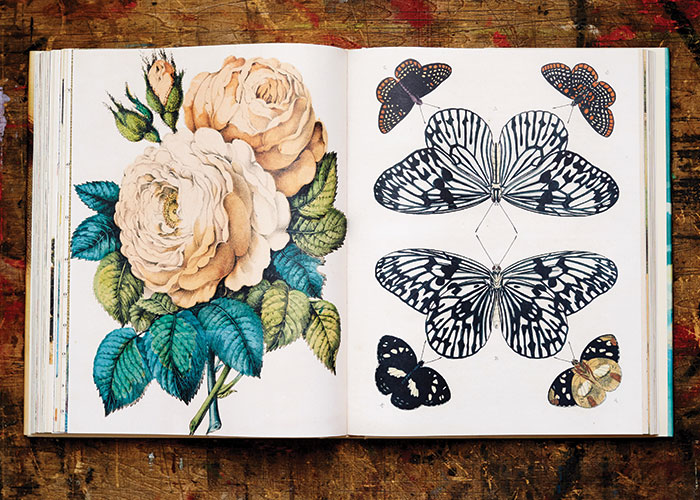 A BOOK WITHOUT WORDS

I didn’t want text. I wanted one big image that you could really see into. I wanted just full page, double bleed so you could really experience the images. I’d say almost all of the images in the book are images I’ve used in my work in some way, and most of them are 19th century. Ninety percent of the images I find were once used for instructive purposes to detail a plant or chair or shell. We all relate to these images because we all have a connection to a plant or a shell or a thing. I think that’s why people respond to my work, because they’re responding to a childhood memory or they feel a happy connection to it. 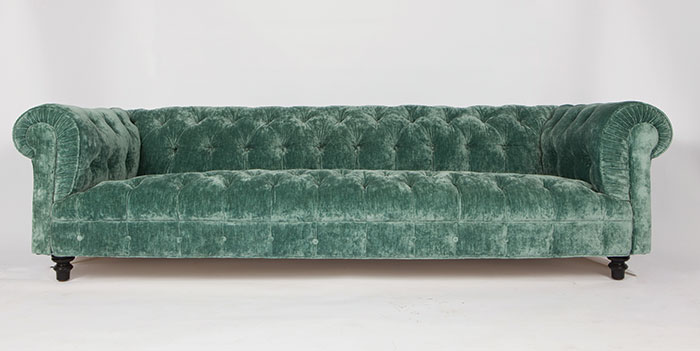 The research for the book was fun because a lot of the things I find at flea markets are loose prints that have no information. We spent months just trying to get any informa­tion we could. Sometimes the prints would just have one word. It was kind of amazing how much we found. Then we used Google Image search, which was really remarkable. We made a lot of discoveries, like this one person whose work I liked, we didn’t realize [at the time] but he was responsible for like 15 images in the book. There were two brothers that each produced an illustration of a fountain at Versailles. At first we just thought one of the names was wrong. I feel like people like to know about the who. 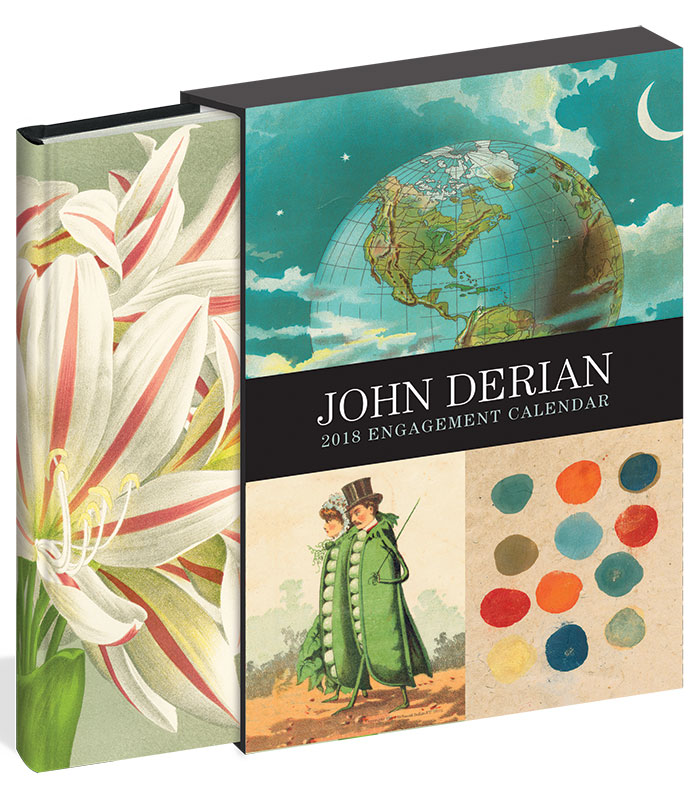 Like the John Derian Picture Book, Derian’s weekly engagement calendar (to be released in August) features some of his beloved antique prints. [Photo courtesy of Workman Publishing]

HISTORY IS PRETTIER TO THINK ABOUT

I used to think that I’d like living in the late 1700s or early 1800s. My house was built in 1789 and renovated in 1830, and an addition was added in 1900. It’s fun that I have a house that crosses three centuries. I thought about what it would be like to go back in time, but who knows what the reality of that romantic notion is? What if things smelled? Where did they cook? Where did they go to the bathroom?

When people are struggling with something in their lives, I always say, “What did you do as a kid?” because I feel like there are things that are key to your childhood, and if you look at it the right way you’ll know what to do. I’ve been doing the same thing my whole life, and I feel lucky. I couldn’t have planned my life better in some ways. I had all kinds of funny odd jobs. Nothing really ever made sense; I just enjoyed the things that I was doing. My father was so worried about me because to him I had no life or job or direction. He wanted me to go to school, but I just did other things. I worked in a vintage movie house in Cambridge and took tickets. I worked in a shop one day a week just selling things. I worked as a waiter. All those things eventually made sense, working with the public and all the visual stuff. I feel like maybe people thought I was doing dead-end things even though I was enjoying my life. Somehow it all led to who I am now.

I love Tail of the Yak in San Francisco and Bell’occhio in Oakland. Those two are cool because they are full of handmade stuff, and you feel like you’re walking into a Joseph Cornell box. You’re engrossed in it, but it’s not suffocating.

In New York near me, there’s a store that I love called Paula Rubenstein. I feel like she sees things as an art form. The way she displays her antiques make them feel very special. It could be a tin can, but the way she looks at it and displays it, you think, “Wow, I want that tin can.”

Chelsea Flea Market on 25th Street. No matter what, you always find something good.