Memories brought back to life one brushstroke at a time 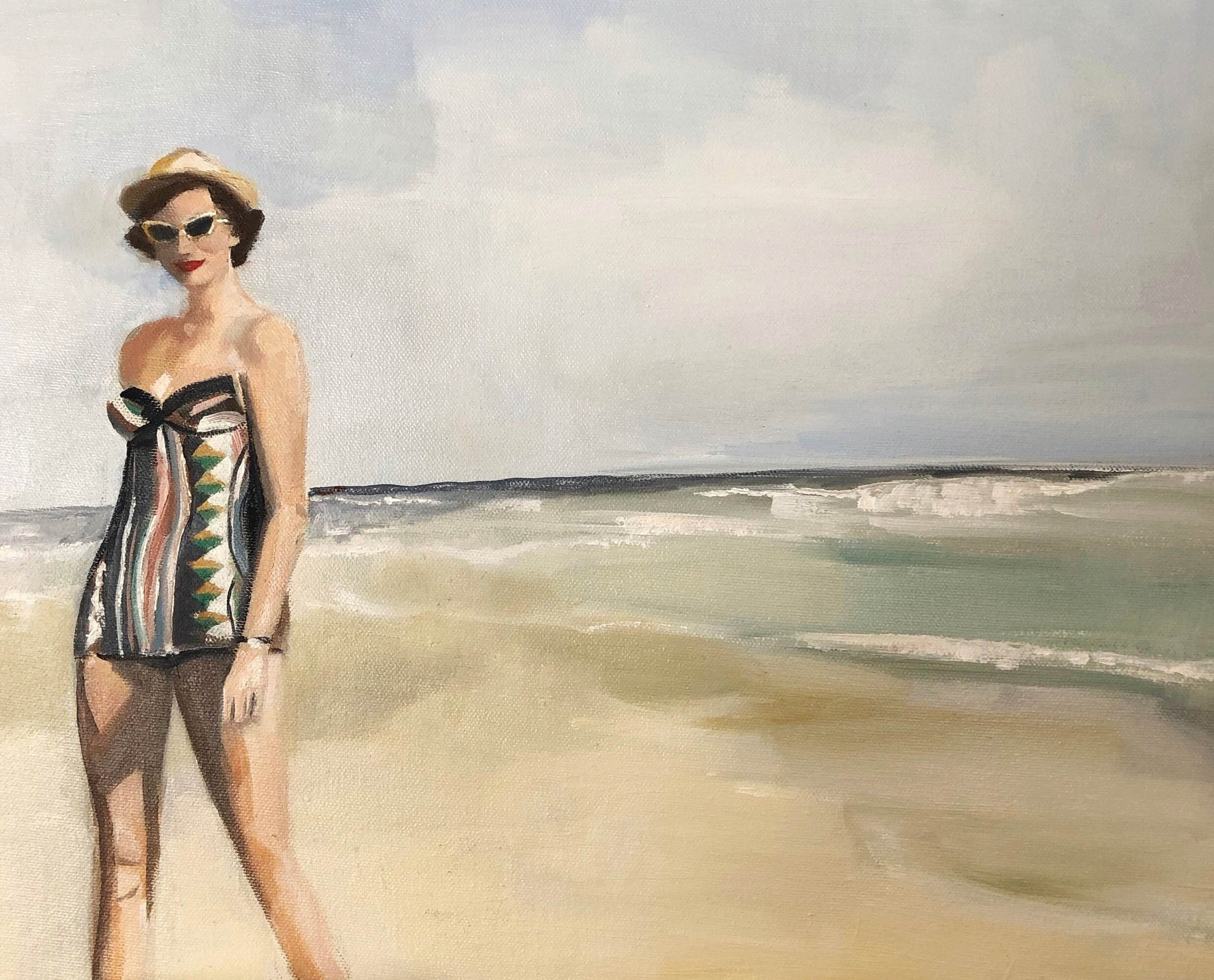 Boulder-based artist Jennifer Hohlfelder talks about her recent success with an air of humble surprise—almost as though she landed here after tripping on a sidewalk.

Indeed Hohlfelder, a woman who sparkles even in paint-covered jeans and a T-shirt, never had any intention of turning her passion into her profession—it’s the result of a series of now-happy accidents. 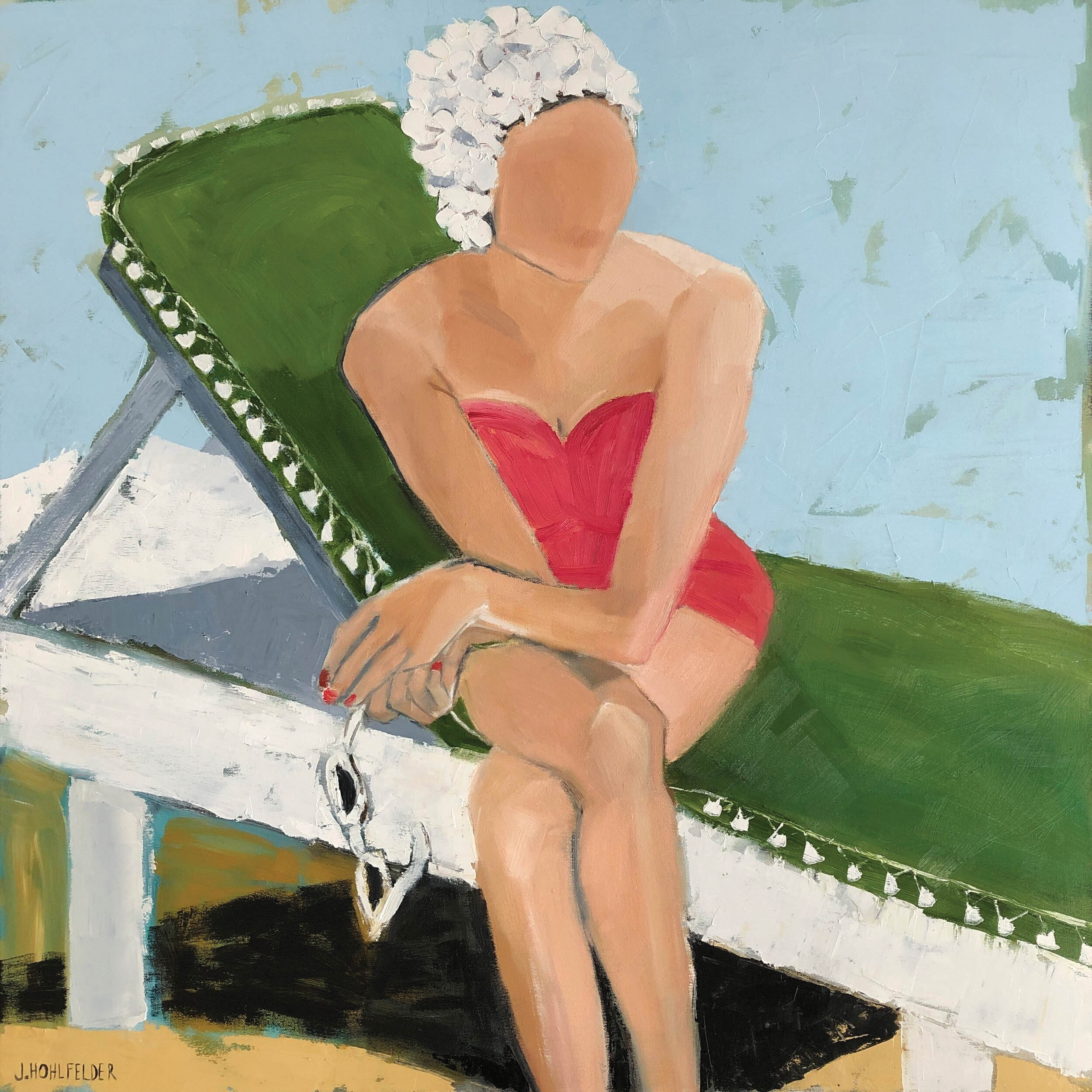 Ten years ago, she started taking an art class once a week with a friend “just for fun,” she says. “It was my happy place.”

At the time, she was also working as a bookkeeper, raising her two kids, and struggling through chemotherapy and surgeries during two bouts of breast cancer.

“Cancer didn’t make me who I am—it was just a thing I had to deal with. I didn’t have a ton of time back then to paint, but I was able to do my class.” 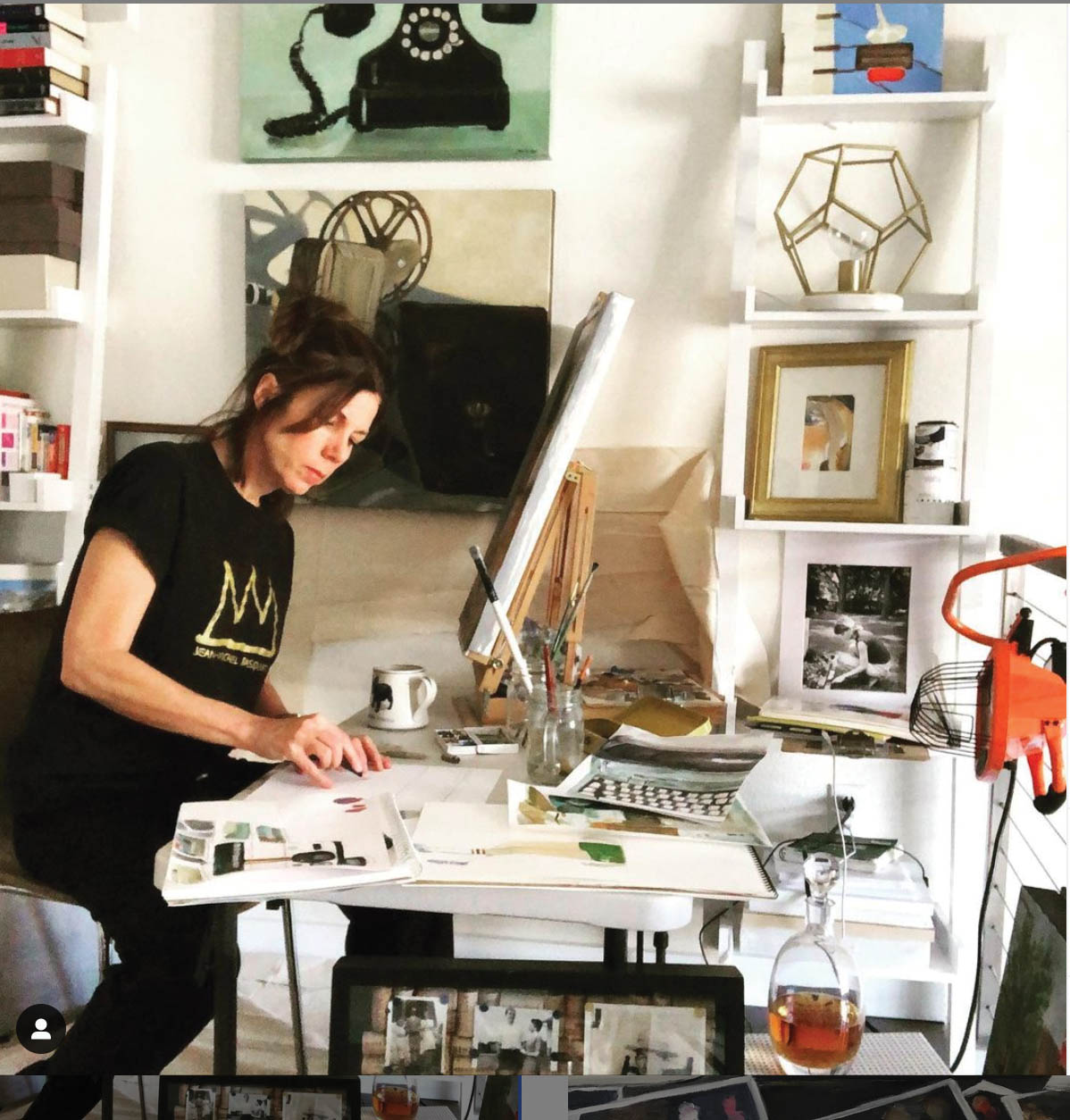 She eventually taught herself how to paint with oils and became quite prolific, but she never shared her art until two years ago, when a friend asked her if she could display some of her pieces at a hair salon that had just been remodeled and needed art on its walls.

“I went into panic mode. I said, ‘I’m a bookkeeper. I don’t do that.’ That was the beginning of this snowball.”

She went on to get a gig in a hotel in SoHo, N.Y.; had several pieces featured in a Christie’s auction-company challenge on Instagram; and then landed a show at the St. Julien hotel in Boulder.

“Her brushstrokes are raw, and her shapes are not quite finished—as if they’re images from a memory you can’t quite fully recall, and yet the feeling of being there is full and complete.” 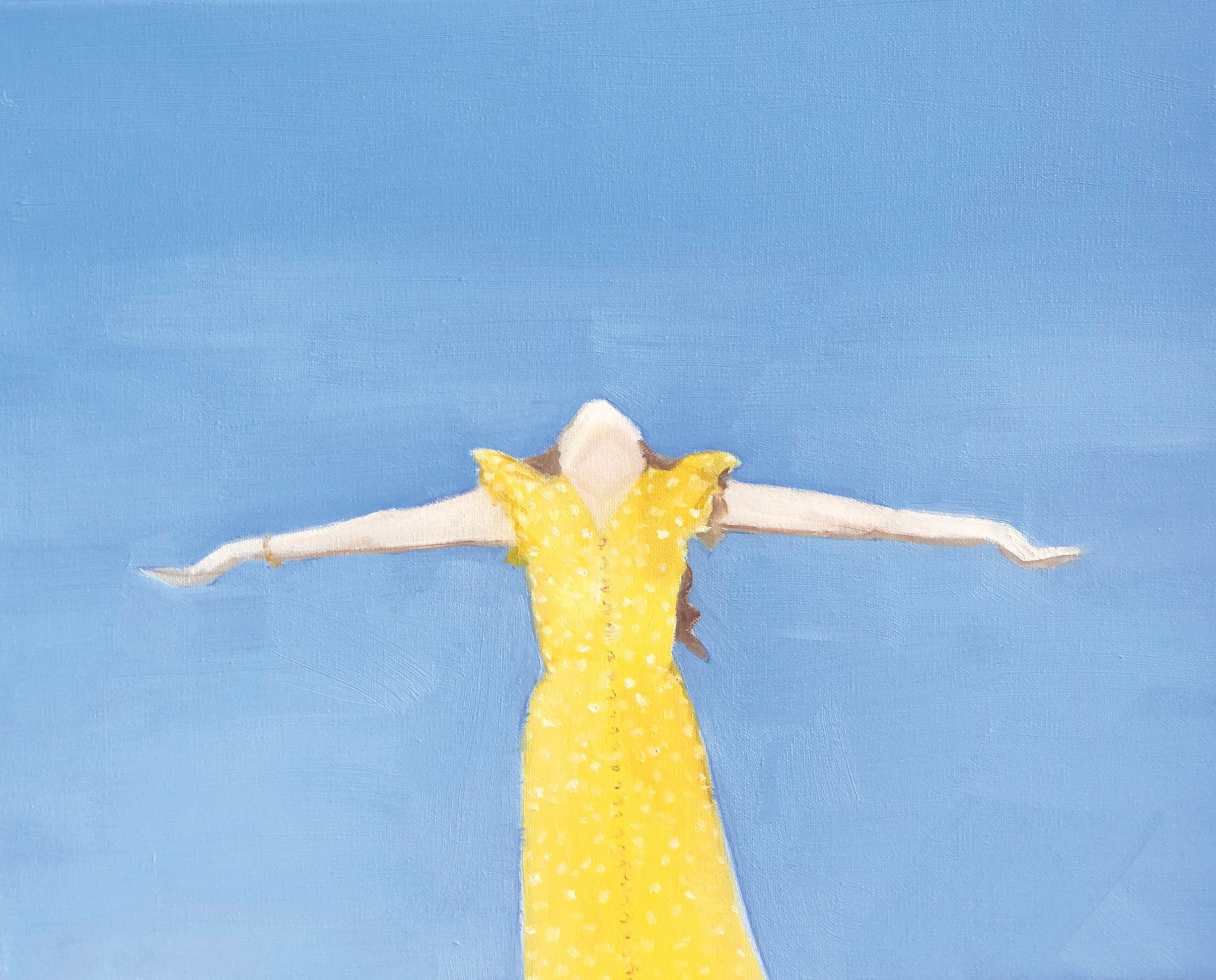 Woman in a Yellow Dress

Then she got laid off of her day job because of COVID-19 and started spending more time at her studio, The Oil Loft. “It was the biggest blessing,” she says. “I knew then I had to try to make this work.”

Her paintings—now in high demand, with current exhibits in the Rembrandt Yard Art Gallery and the Museum of Boulder—range from still lifes of everyday objects to vibrant street scenes, but they all have a quality in common:

They evoke a strong sense of nostalgia with a side of gorgeous simplicity. Nothing fussy, no overthinking—and that sparseness is what makes them strong.

Her brushstrokes are raw, and her shapes not quite finished—as though they’re images from a memory you can’t quite fully recall, and yet the feeling of being there is whole and complete. 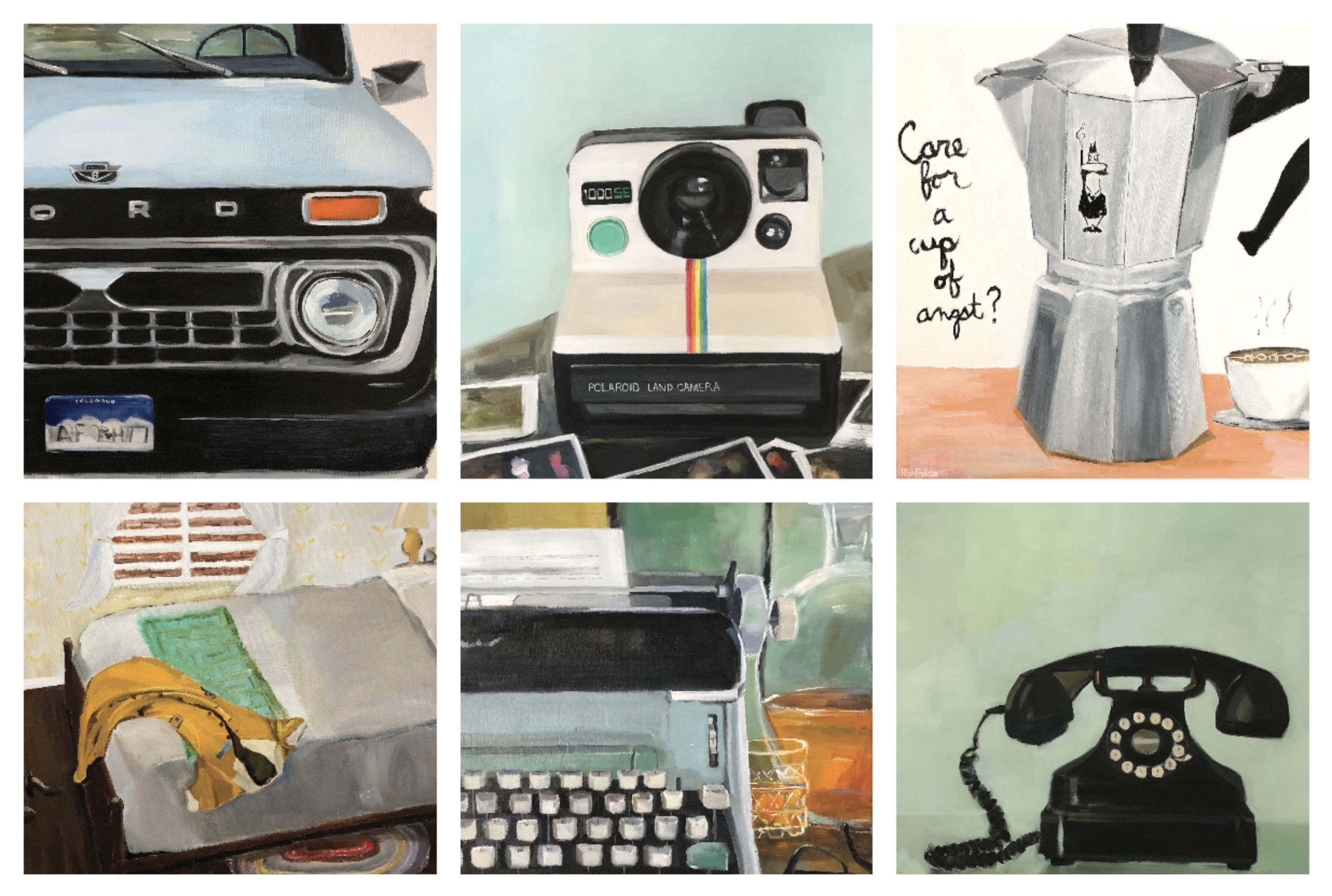 For anyone who’s been to Boulder, the instantly recognizable alleyways, intersections and dining establishments (like The Sink) make the collection feel like a gorgeous scrapbook, both of her life and your own.

In her figure paintings, she often resurrects images from her childhood—women in pillbox hats and heels or a swimmer wearing a bright-red rubber swim cap—that speak to a yearning for a simpler world.

“I’m a sucker for vintage,” she says, laughing. “I’m originally from the South, where everyone dressed up fancy. We moved to Boulder when I was 8, and my parents instantly became hippies. It was a tough transition. I wanted the fancy.”