Before designer Todd-Avery Lenahan reimagined the Hotel Jerome, arriving at the guest rooms was somewhat… anticlimactic ("before" photo pictured below). Visitors would open the door and behold a “big, gypsum sheetrock box,” the principal of TAL Studio says about the rooms, which are part of an annex built in the 1980s. 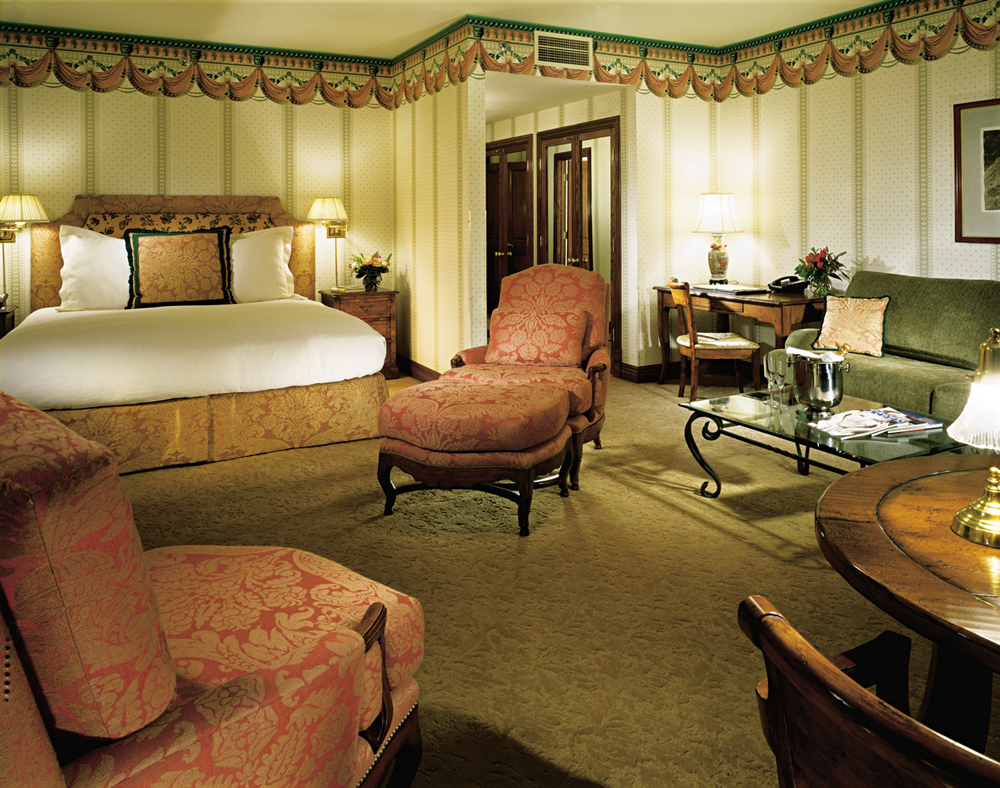 To overcome this “eighties tract home” effect, Lenahan added moldings and treated existing trim and doors to “a very rich, gun-metal gray,” which “instantly gave the room strength, masculinity and a period quality,” he says. The furnishings continue the historic narrative: Overhead light fixtures date back to the 1920s, when the hotel was in its heyday, and the custom carpet (designed by Lenahan) is a riff on a cubist pattern from the same era. The palette of materials—plaid, pin stripes and cashmere—is inspired by menswear suitable for Aspen’s different seasons, and polished nickel and bronze accents make the perfect finishing touches: “They’re like the buttons on a man’s jacket, or a beautiful watch peeking out from a cashmere coat,” Lenahan says.

Want a master suite that makes a statement? Follow Lenahan’s tips, and mix and match these masculine furnishings.

Start with a design statement. “Come up with a concept—it’s like writing a script—and stay true to it. People start shopping, get excited about particular furnishings and then go off script,” he says. (Here, Lenahan’s menswear motif inspired a strong, cohesive look.)

Small rooms don’t require small furnishings. “If you buy what I call ‘shrunken furniture,’” the designer says, “then the brain registers that the space is small. I like well composed, handsomely scaled pieces that have presence in the room.”

Don’t be afraid of the dark. Lenahan debunks the design myth that light colors expand space: “Dark colors recede, and when you paint a wall in a dark shade, it moves away from you and makes the room feel larger.”

Give your bed prominence. “Use both a headboard and footboard to create a room within a room,” he says, adding that footboards also serve to anchor furniture (like the sofa above) at the foot of the bed.

This article appears in the January-February 2013 issue of Colorado Homes and Lifestyles.
Categories: Art, Colorado Destinations