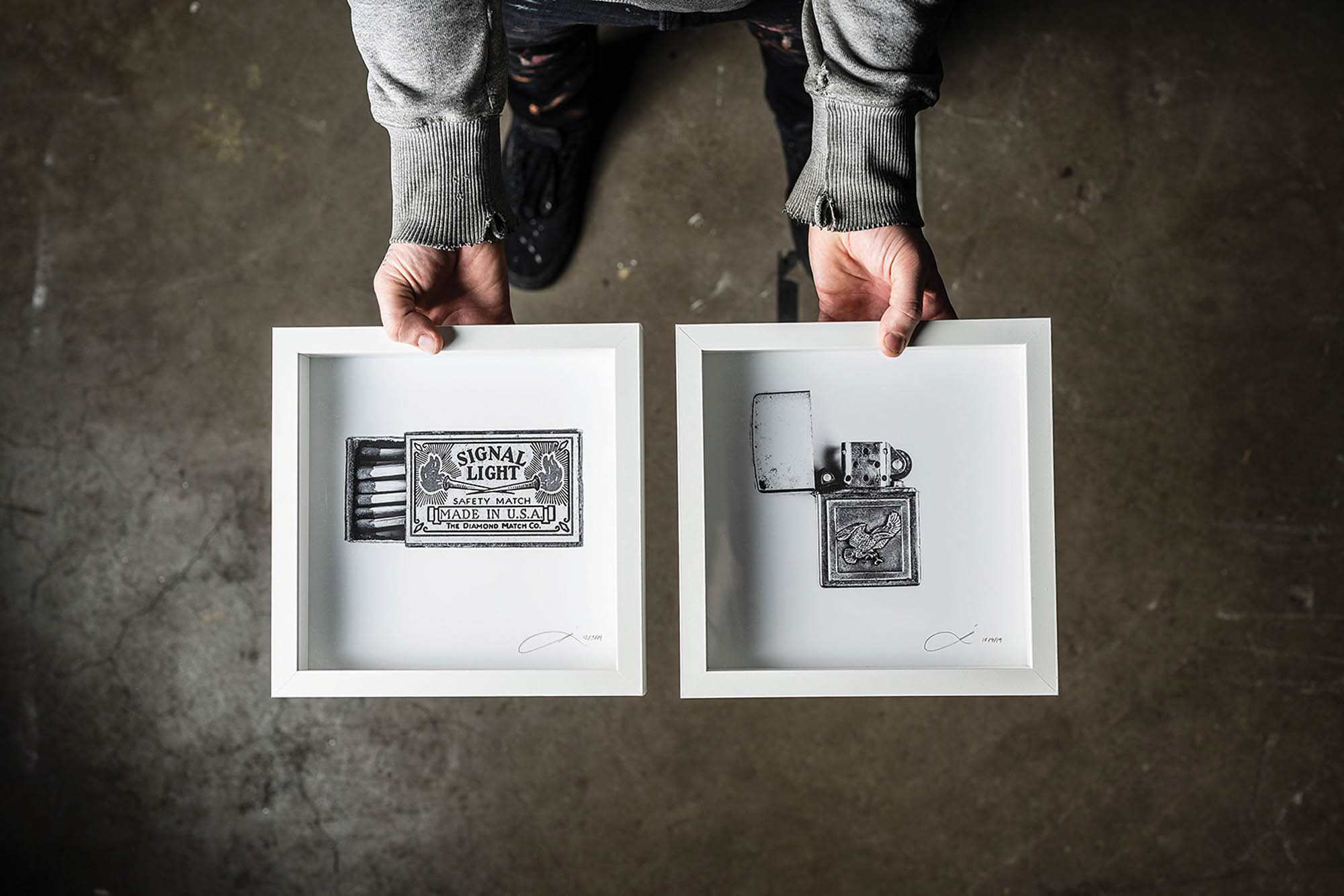 Jack Ludlam is a young guy with an old heart. He sports the utility pants of a laborer and still shoots on film.

His Denver Highlands office/studio has a wall of perfectly arranged tools hanging in order of size on a pegboard. The space is spare and clean with brown leather furniture, a decanter of Family Jones rye whiskey (he shoots labels for the distillery), a vintage Kodak Porta 160, and brick walls adorned with his black-and-white images—saddles, power tools, well-worn backpacks. 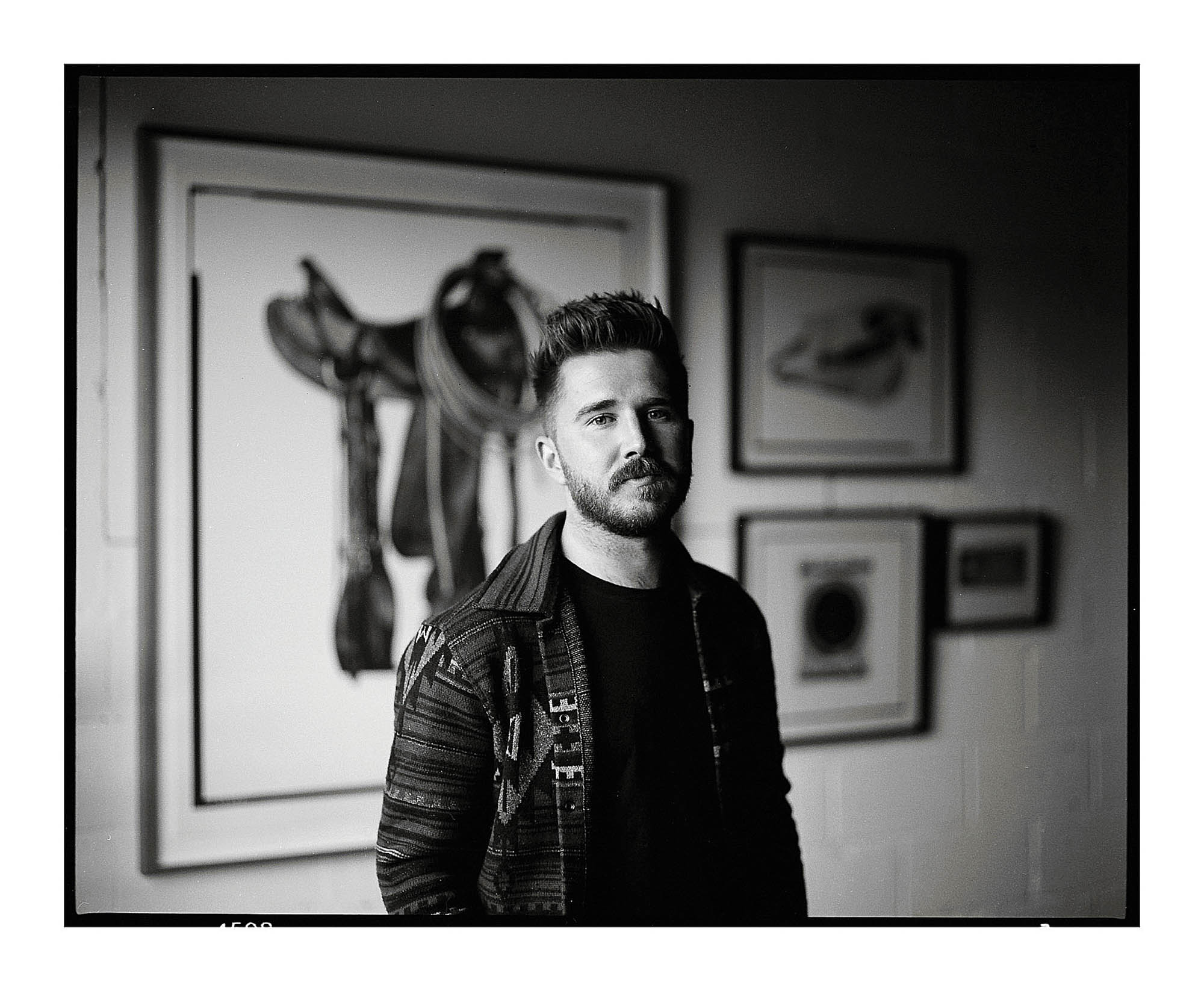 Ludlam’s work pays homage to the builders, ranchers, and folks who do the physical labor upon which the rest of us rely. His crisp focus and white backgrounds elevate their hands, tools, and working spaces into a kind of religious iconography.

“It’s my way paying tribute to people who do the jobs that aren’t pretty,” he says. “I want to appreciate what they do and who they are.” Ludlam worked alongside those who farmed the land growing up in small-town rural Ohio, and he relished being out in it. “I loved to go hunting and fishing in the woods,” he explains. “And every once in a while, I’d bring a camera.” 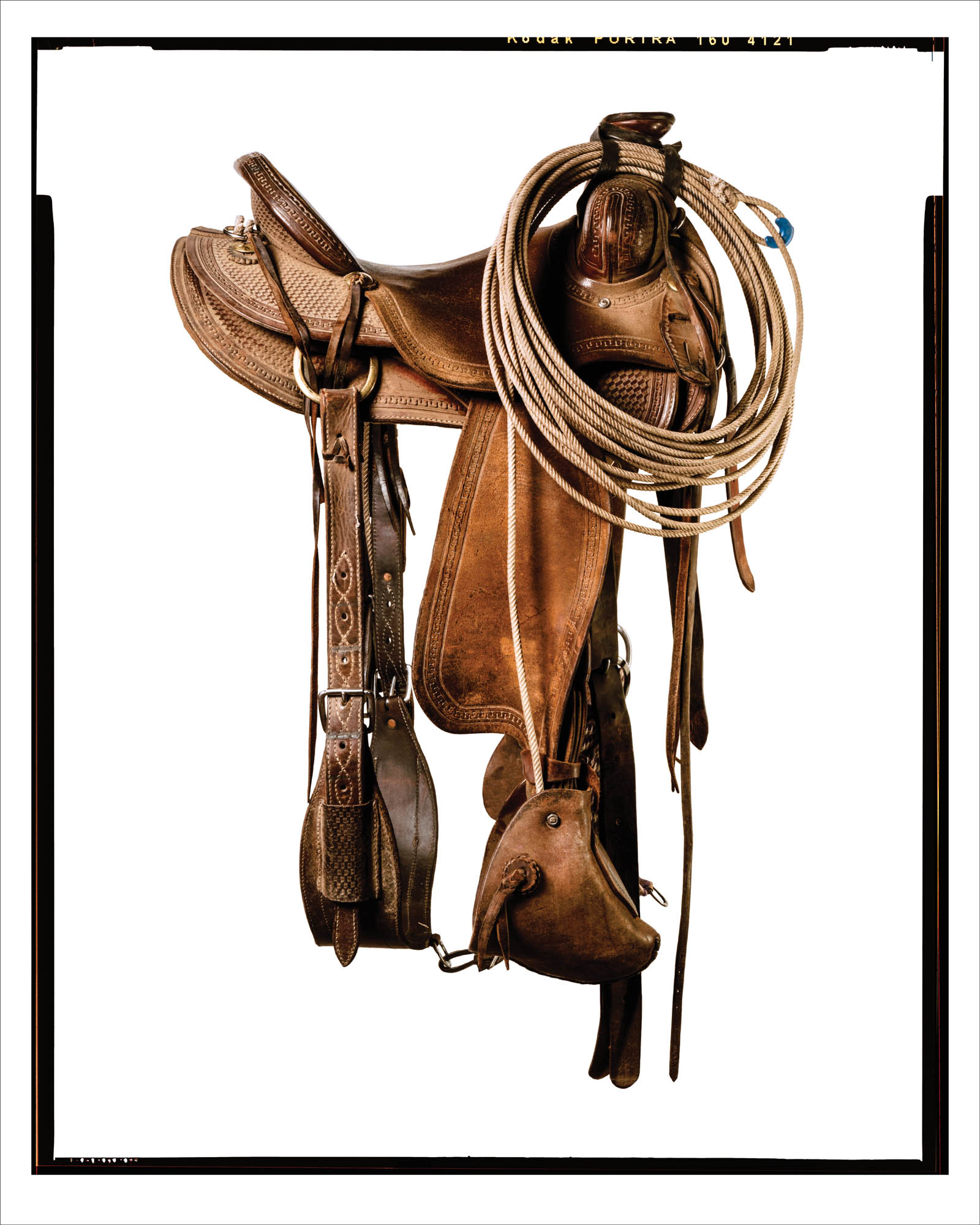 It was his mom’s Canon AE-7, and Ludlam still remembers the excitement of opening the envelope when his developed photos arrived. The camera, however, was a distant second to his outdoor sport obsession.

Ludlam spent his summers in Whistler training and mountain biking competitively and snowboarding in winter. College was not in his game plan, but Ludlam’s dad, a pharmaceutical executive, insisted.

Dad’s charming coercion began with a late-night bottle of wine and ended with the flip of a coin—the result deciding which near-a-mountain college Jack would attend. Regis won the toss. 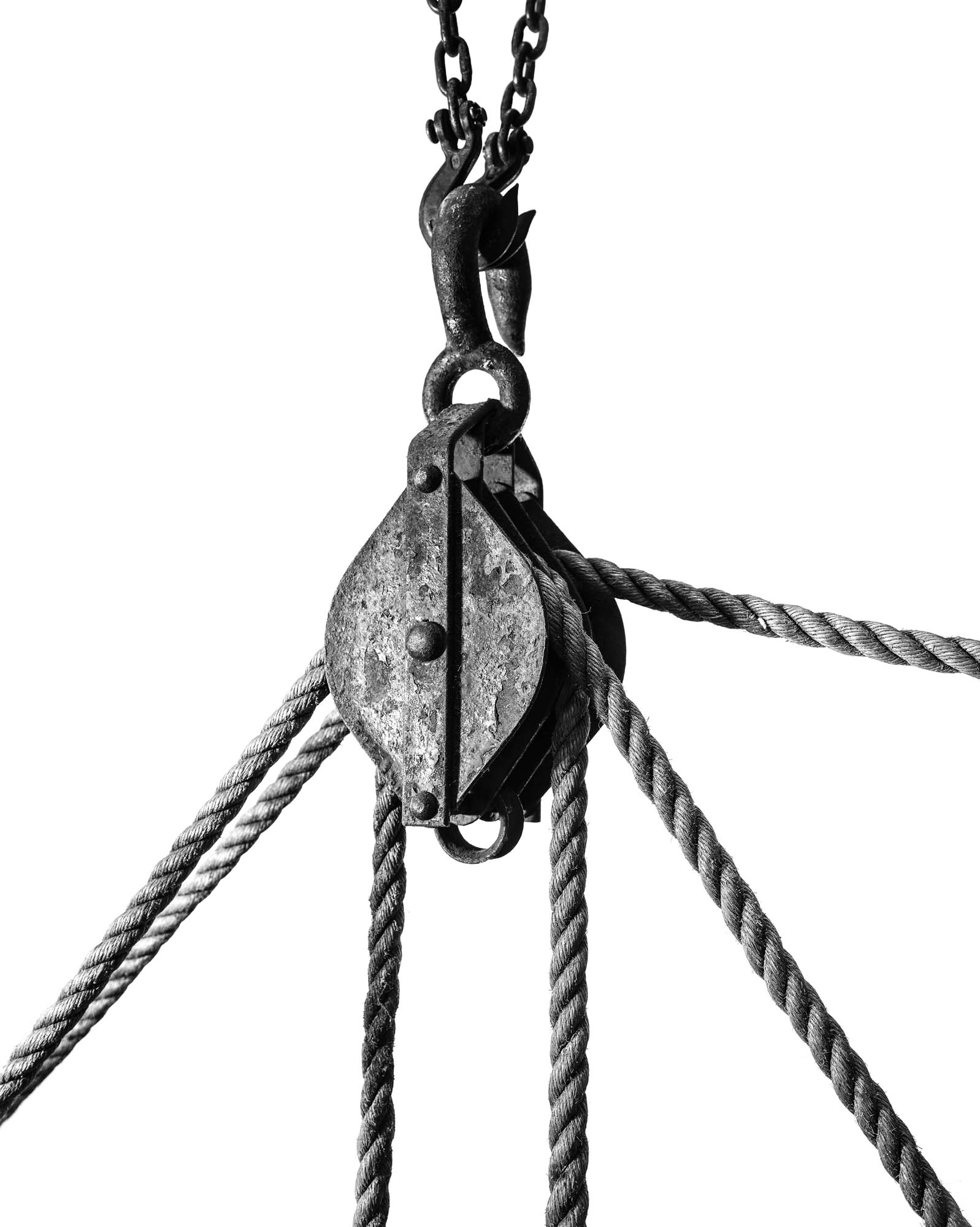 It was there he began studying photography, fell for Richard Avedon’s work in the American West, and convinced his professor to let him dust off a locked-up dark room and develop his own film.

Black-and-white film was his only option; color was too pricey. And because he was training himself in a dying art, Ludlam basically forged his own way.

The 30-year-old Denverite still uses black-and-white film almost exclusively. “It forces me to slow down and take my time, because every shot costs money. If I worked digitally, I would rush things and I’d miss a lot.” 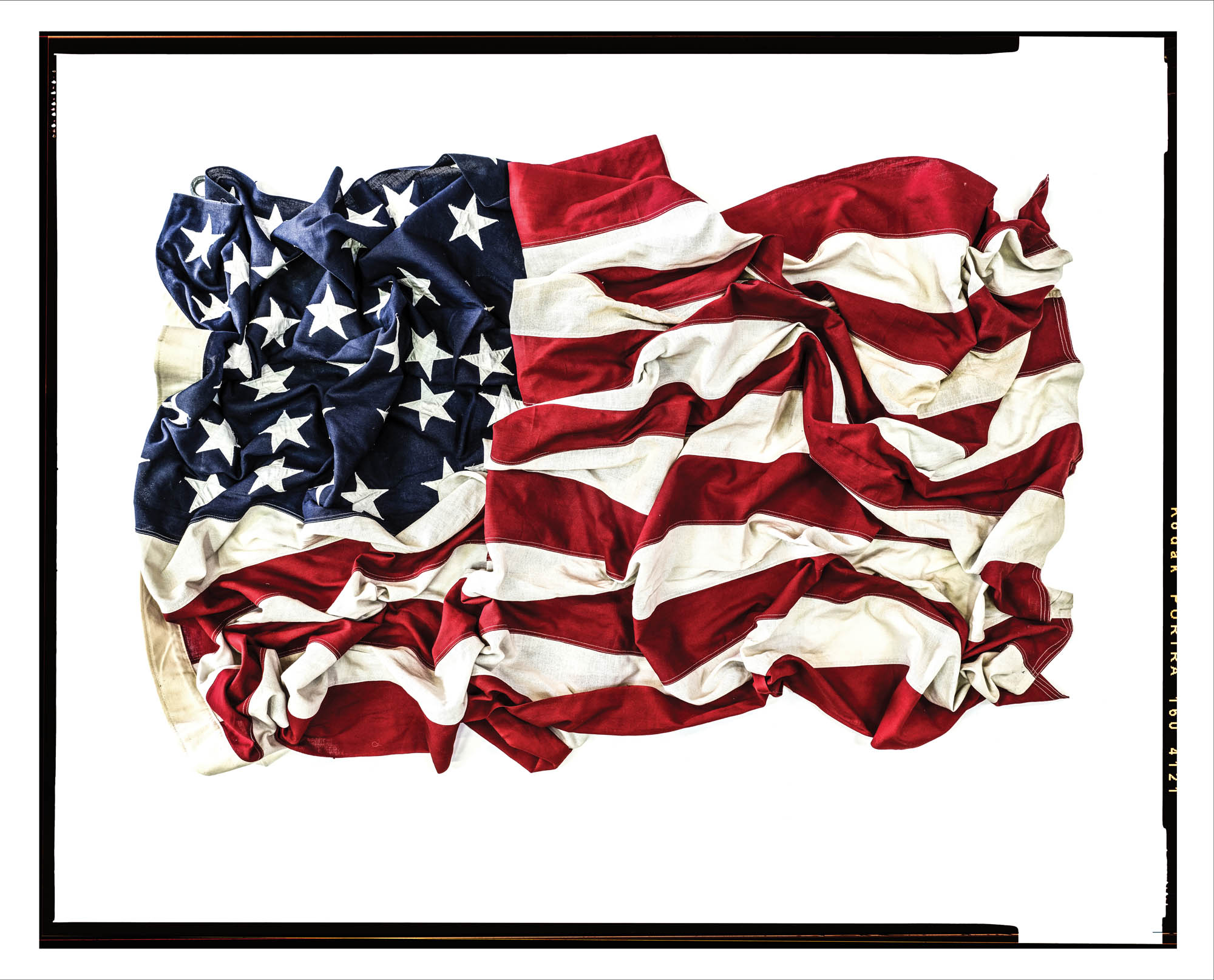 The American flag (above) is one of his few in-color works. His limited edition pieces are housed in walnut frames, handmade by his now-retired dad.

Ludlam offers many works in very accessible price ranges. “I want people who want my work to have it,” he says.

That heart is palpable in his pictures. Though the through line of the work embraces the physical and the manly, there is softness and a kind of love in the way he elevates his subjects, be it a miner’s lighter, a rancher’s boots, a plumber’s hands…. “There is a story line there,” he says. “I’m proud to create something that has a soul to it.”