Looking for the perfect barbecue and grilling recipes for Memorial Day weekend?

Steven Raichlen is to grilling what Julia Child is to French cuisine. For more than 20 years, he has shared his knowledge of live-fire cooking with aspiring gourmets of the grill. He has written 28 cookbooks (that have been translated into 15 languages) and won five James Beard Awards. He graciously agreed to share recipes from two of his cookbooks, The Barbecue! Bible and Man Made Meals: The Essential Cookbook for Guys.

The Barbecue! Bible, a 900,000-copy best seller has been redesigned for its 10th anniversary with a new section that answers the most frequently asked questions—about grills, fuels, smokers and, very importantly, testing for doneness. Man Made Meals is all about tools, techniques (yes, grilling features prominently) and includes more than 300 recipes with real guy apppeal like Blowtorch Oatmeal, Finger-Burner Lamb Chops and Steak on a Pitchfork. “Men get a real pleasure out of cooking and they enjoy showing off a little bit too,” says Raichlen.

The pork rib is one of the most perfect morsels ever to occupy a grill. The meat is generously marbled, which keeps it moist during prolonged cooking. As the fat melts, it crisps the meat fibers and bastes the meat naturally. You can choose any type of rib for this recipe—baby back ribs, long ends, short ends, rib tips. Serves 6.

For the ribs and rub

For the mop sauce

​Tip: Cooking times are approximate. Ribs are done when the meat is tender enough to pull apart with your fingers. 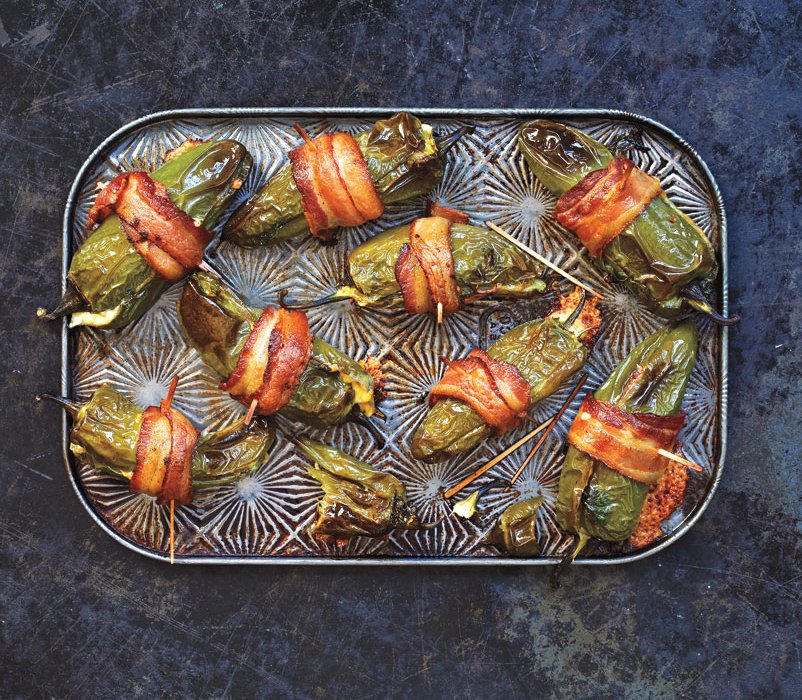 Who first had the idea to stuff a jalapeño with cheese and roast it wrapped in bacon? A guy, no doubt. The popper (aka armadillo or rattlesnake egg) may be a fixture on the American barbecue scene but, by using your favorite cheese, you can make it your own. Makes 16 poppers. Serves 4. 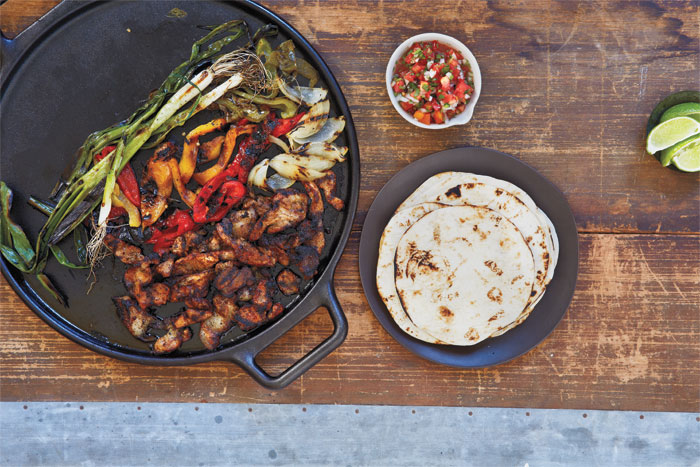 For the pork and marinade

Prepare the pork and marinade: 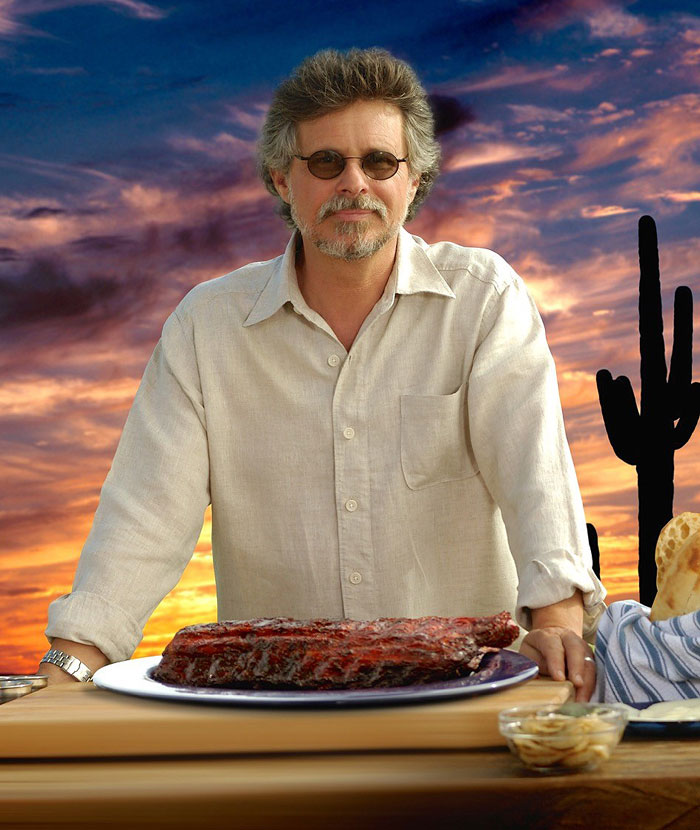 Raichlen’s popular classes—Barbecue University or BBQ UniversityTM for short—at the Broadmoor Hotel in Colorado Springs are always a sell out. This year he returns with a
program called “Up In Smoke,” which focuses on the world of smoking—from hot smoking, cold smoking and smoke-roasted techniques to the best woods for smoking (think spicy pimento and pungent mesquite). In hands-on classes, students learn how to smoke and grill iconic dishes like Lone Star brisket, Carolina pork shoulder, Kentucky smoked lamb and single-malt whiskey-smoked salmon. Sessions are June 3-6 and June 7-10. For more information and to register, visit broadmoor.com.

The Barbecue! Bible: 10th Anniversary Edition
Man Made Meals: The Essential Cookbook for Guys by Steven Raichlen (Workman Publishing Company) are available at bookstores and on Steven Raichlen’s website barbecuebible.com.