Opened in 1909, the famed Stanley Hotel is perfect for guests looking for some mountain luxury—and a little paranormal activity 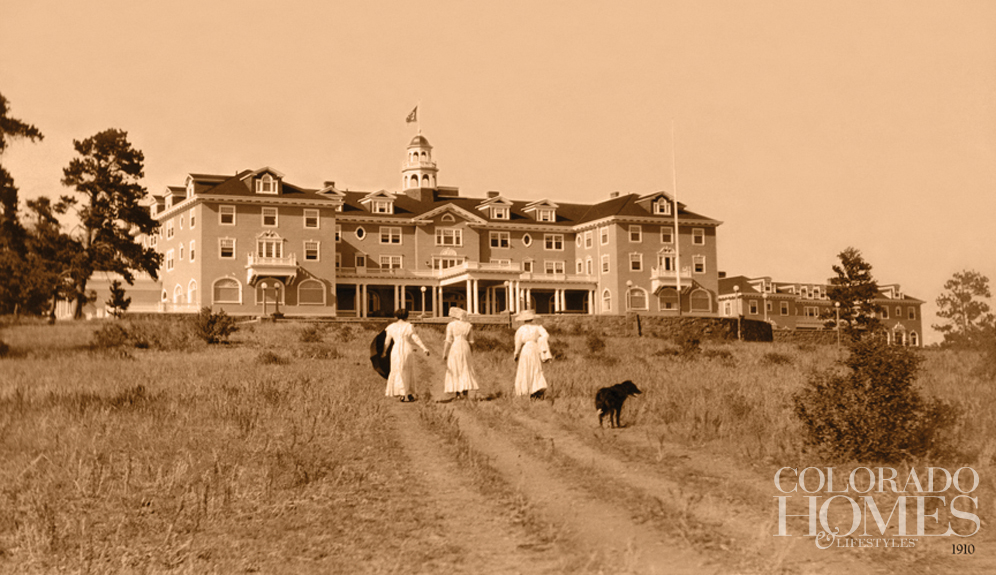 If you’ve heard of the Stanley Hotel, chances are you think it’s haunted. You might be right. But there’s so much more than ghosts behind the fame of this landmark Estes Park resort. Long before Stephen King stayed in Room 217 and was inspired to write his terrifying novel, The Shining, The Stanley Hotel was renowned as a luxurious destination resort dreamed up by a pioneering American inventor, Freelan Oscar (F.O.) Stanley.

Along with his twin brother Francis, F. O. Stanley made a fortune when he introduced the steam-powered Stanley Steamer automobile in 1897. But it seemed that the illustrious businessman was destined for an early grave. In 1903, diagnosed with consumption, Stanley’s doctors gave him three months to live.

Instead he moved to Colorado, where he went on living for another 37 years. He fell in love with Estes Park, and he and his wife Flora decided to make it their home. But F. O. saw the need for a top-notch resort hotel worthy of the spectacular mountain setting, so he bought 160 acres and constructed an eleven-building complex. It is believed that Stanley himself designed the grand and imposing Georgian-inspired structures. Begun in 1907, the main building is solidly constructed with steel beams and timber harvested from land in what is now Rocky Mountain National Park. When it opened two years later, the Rocky Mountain News raved, “It is luxurious and modern even to the great kitchen where cooking is done entirely by electricity,” and declared it “simply palatial equaling anything of its size in the world.”

Over the years, famous guests ranged from John Philip Sousa and Molly Brown to countless Hollywood celebrities. Tales of ghostly happenings swirl around the building, with reports of objects mysteriously changing place, phantom children running and laughing through the fourth-floor halls and even alleged sightings of Mr. Stanley himself. Ghost tours run regularly, and there are monthly five-hour ghost hunts conducted by paranormal investigators who call the Stanley “a Disneyland for spirits.” stanleyhotel.com

This article appears in the January-February 2014 issue of Colorado Homes and Lifestyles.
Categories: Colorado Destinations