For Better, For Worse, For Gelato

What do you get when you marry a Venetian traditionalist with an innovative Coloradan? A sleekly modern and cheerful shop with shockingly good gelato on Boulder’s Pearl Street Mall.

Giulia de Meo and Bryce Licht met in 2008 while working at an ad agency outside of Venice, where great design and divine gelato provided a powerful catalyst for amore. Many gelato-inspired dates led to a conscious coupling, and three years later they were married. While waiting for de Meo’s green card to come through, they started a Web design business, and their first client was the very gelateria where they had their first dates. While working on the gelateria’s website and branding, the couple were captivated by how fun and gratifying they found the work.

In the fall of 2013, one year after moving stateside, de Meo and Licht started Fior di Latte, supplying restaurants in the Boulder area and eventually selling their gelato from a stall at the Boulder Farmers Market. Gushing customer response convinced them that a retail shop was the logical next step. 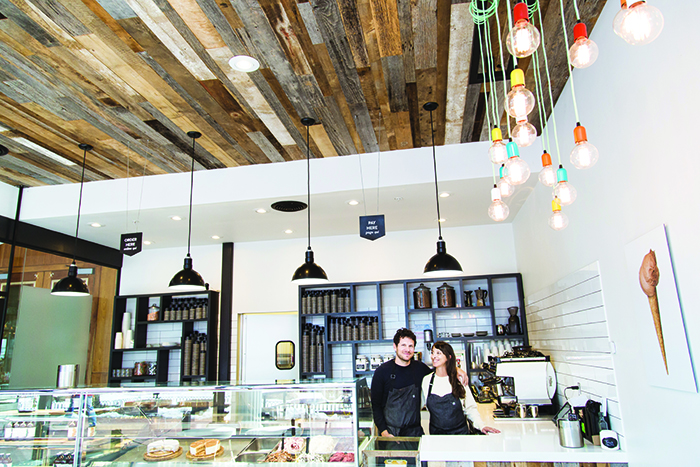 “Design is a big part of what we do,” says Licht. “There is a strong connection between our background [graphic design and advertising] and our business.” Aesthetics are not just part of the physical space. Presenting and serving gelato is an art form in itself. And the devil is in the details: Training staff is essential to keeping the production and presentation of this frozen treat on par with these standards.

First and foremost is the milk. If the barometer for a good restaurant is the quality of its bread and coffee, then the way to tell a great gelato is its fior di latte. Literally translated as “flower of milk,” this flavor is the Italians’ standard-bearer of quality. There is nothing added to hide behind, just pure milk and artistry. 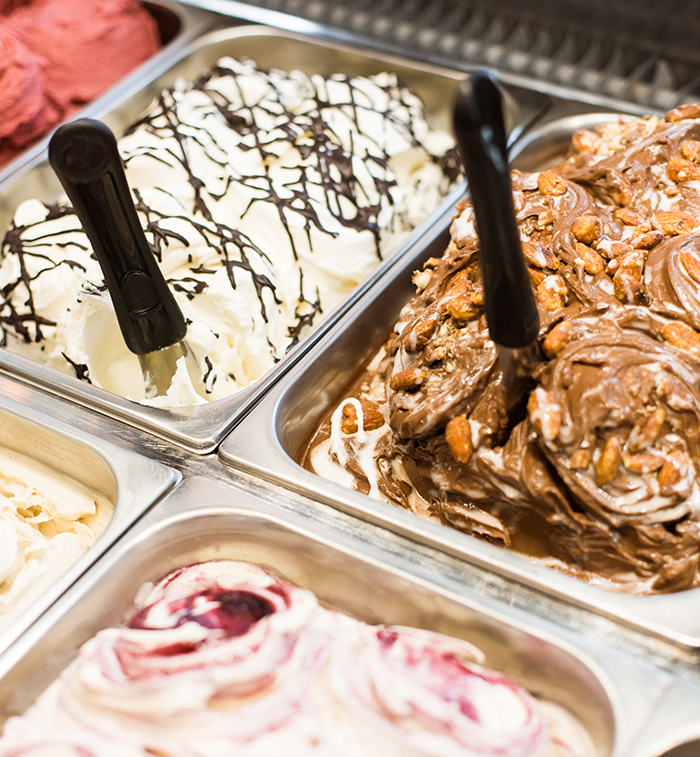 The shop’s Fior di Latte flavor happens to be de Meo’s favorite—maybe tied with Pistachio. Salted Caramel marks the taste divide between the purist “never salt with sweet” Italian and the “what else is possible?” American palate. “It’s actually one of my favorites,” says Licht. The customer favorite, however, is Dark Chocolate, which, suprisingly, is dairy-free, the butterfat of cocoa giving it a sinfully creamy texture. “We’d be faced with an angry mob if we ever don’t have that in the case,” says Licht.

These days the couple are busy navigating business with two scoops of their own: 3-month-old Penelope and 2-year-old Piero—who has been known to eat an entire pint of vanilla by himself. Licht works mainly behind the scenes on quality control and development (another Boulder store is in the works, plus a stall at Denver’s Union Station farmer’s market), while de Meo mixes motherhood with flavor and recipe development.

“We want to make the best gelato possible,” says Licht. “That requires a lot of focus and also keeping things simple.”