We called on the 2016 Five Under 40 award winners to help us with the difficult task of selecting five of the finest from a pack of worthy contenders.

The class of 2017 is shining bright and upping our design quotient inside, outside, and all around the state.

Here we get to know one of the award recipients, landscape architect and planner Darla Callaway of Design Workshop in Aspen, and see some examples of her work. 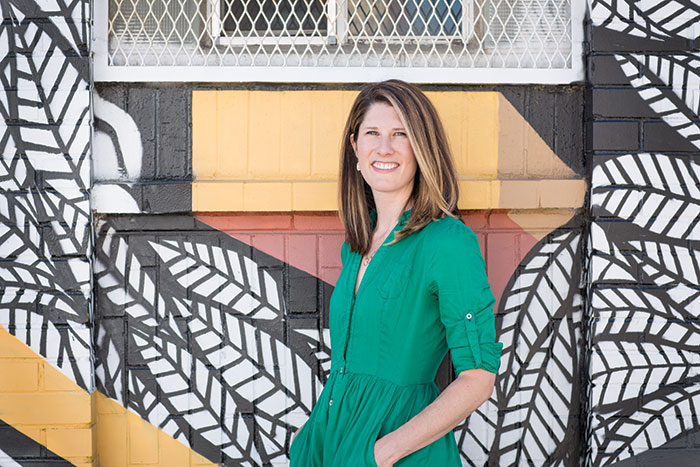 "Colorado and the mountains were in such contrast to what I knew growing up. It was kind of a fairyland." — Darla Callaway

When Darla Callaway got the phone call telling her that she had been named one of our Five Under 40 winners, her reply was priceless: “I have no idea what you’re talking about.” That’s because her colleagues at Aspen’s Design Workshop, knowing how modest she is, had nominated her behind her back.

As Anna Laybourn, a principal at Design Workshop, says, “Part of Darla’s charm is her humility and bravery to literally get her hands dirty. I have witnessed her unroll her elegant renderings on a construction site, point out the flaws in the contractor’s work, and then proceed to hand-place plantings for hours to demonstrate how to implement her vision.”

Callaway, a native of Wichita Falls, Texas, got her landscape architecture degree at Oklahoma State University and worked a variety of jobs—digging ponds for a landscape construction crew one summer, doing ecotourism work in Florida, sketching plant material at Oklahoma’s Black Kettle National Grassland—before landing her dream position at Design Workshop. “I feel really blessed to be where I am, and my success is truly a reflection of the people around me. I mean, even this award: What a sweet thing that I am working with a group of people who trust each other and work so well together that they’re looking to build each other up. I feel so humbled by that.” 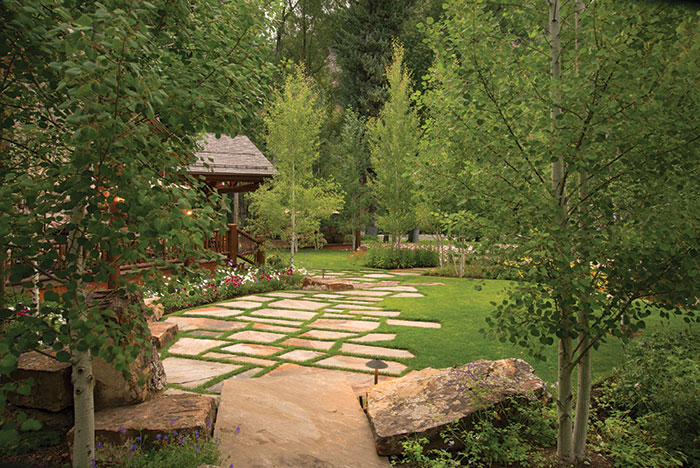 FROM ZERO TO 11,000 FEET: “North Texas, where I grew up, is very flat, with a whole host of mesquite trees and agricultural land, but every summer my dad would take my three younger siblings and me to Colorado, often in the San Juan range, to go backpacking and camping. Sometimes, he literally took us from zero elevation up to 11,000 feet. And I was definitely the kid who wasn’t afraid to be outside and get dirty. What really struck me was that there were such different landscapes within our country. Colorado and the mountains were in such contrast to what I knew growing up. It was kind of a fairyland.”

INSPIRATION POINT: “The summer before my senior year of high school, we went to North Carolina to visit family, and I was introduced to the first landscape architect I’d ever met. She was so elegant, poised and intelligent. She took me to see some of her residential gardens, and I was blown away by the idea that you could combine design and science. She walked me around and explained why she created the spaces she did, but also told me about the critical thinking behind what she was doing. It was awesome; I had no idea there was even a profession like this. Up until then, I had thought I would be a meteorologist.”

VARIETY IS THE SPICE OF LIFE: “There is so much to the landscape architecture profession besides residential design. It breeds such variety, and I love that. One moment I can be working on a residential garden, crafting amazing details, and the next I can be hosting a public meeting of 200 people, where we’re talking about the future of a public space. I love, love, love every aspect of the job. I love the details of a project. I love looking at construction documents. Two of my projects now are with the city of Aspen—their police station and their new city office building. Residential clients are one level, but when you jump to an organization of 200 people, each with their own thoughts and visions, and you try to bring them to a consensus and then translate that into the details of a project, that’s another level. Even bigger-scale than that is resort planning, like designing the base of Buttermilk and thinking about how skiers are going to use that space. And even bigger is projects that impact an entire community, like the Aspen Pedestrian Mall, where I’m helping the people in a community maintain and hold on to the public space they love but help it function for the next 50 years.”

BRAVE HEART: “I learned very early on that nothing will ever go as planned, and you can’t be scared of the challenges you’re going to meet along the way. That’s what makes us successful—not being afraid of the problems that come up, whether they’re community based, environmentally based or socially based. I think I got that tenacity from playing tennis growing up. I was not the most talented, but I worked my tail off, three to four hours a day, and I was able to achieve success, not just for myself but for the team I traveled with."

Categories: Stylemakers, TTT In the News