INTERIOR DESIGNERS don’t generally think of their work in cinematic terms, let alone bring to it a degree in film studies, as Megan Moore does. “When I started at University of Colorado Boulder, my dad told me to just study something I liked,” explains the fourth-generation Denver native. “A film degree teaches you to take something apart and put it back together, to think critically and analytically.” Moore graduated in 2002, and her career path unspooled from there, first with a move to San Francisco, where she landed a job in finance. But, yearning for “something creative,” she eventually returned home and earned a degree in interior design in 2010 from The Art Institute of Colorado.

She founded Dado Design that same year. Moore keeps things streamlined, with the firm consisting of Moore, a project manager and a junior designer, plus regular contractors. That enables her to stay reassuringly hands-on throughout a project. “What many people don’t realize about interior design is it’s actually a very emotional process. Whether it’s excitement, fear or stress, if we really pay attention to how our clients feel, we can make the process smoother for them and for us.” Sort of like the pleasure of watching an expertly made movie. 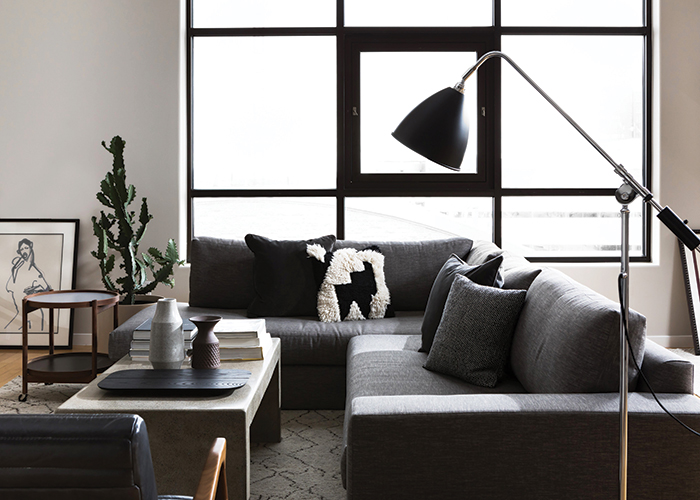 “The best clients are the ones who say, ‘Hey, let's try to do something progression,' who really want to explore and be creative.” — Megan Moore

COLOR VS. TEXTURE: “In general, I don’t use a lot of bright color in a design, because I don’t like how it feels in a space. It visually accosts you every time you walk in. So, to create interest, I’ll layer textures for spaces that have some depth and complexity but are subtle. Texture literally affects how a space feels—it’s a tactile element. Imagine when you put your head down on a pillowcase that is soft and inviting. You feel comfortable.” 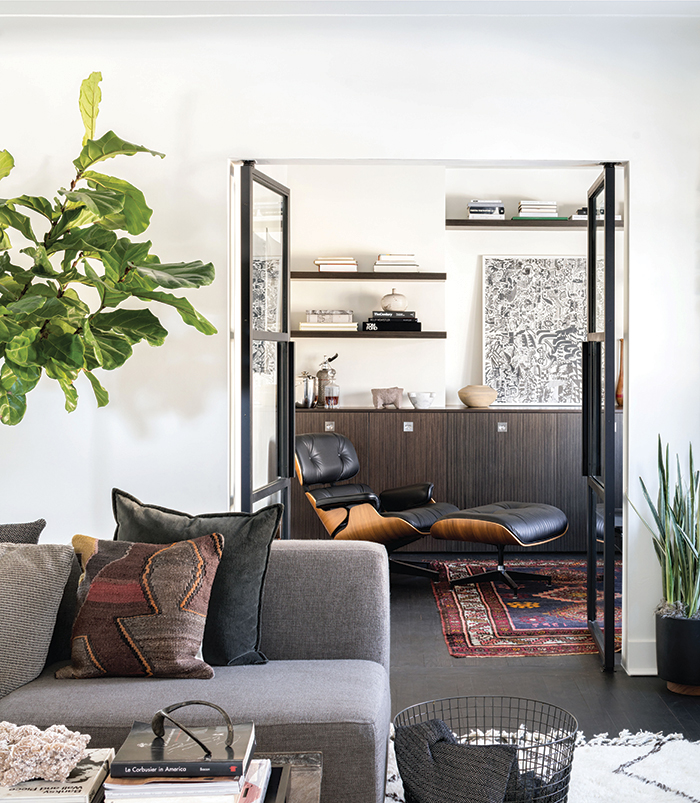 THE AGONY AND THE ECSTASY: “When I was working in finance in San Francisco, I was questioning whether to stay in this business-y job or leave for a more creative life. One of the consultants who worked there said to me, ‘You’re looking at creativity as if it’s not serious. But what would the world be like without the Sistine Chapel or the Mona Lisaor the Eiffel Tower?’ I realized that of course there is a place for creativity. That was a breakthrough that led me to become a designer.” 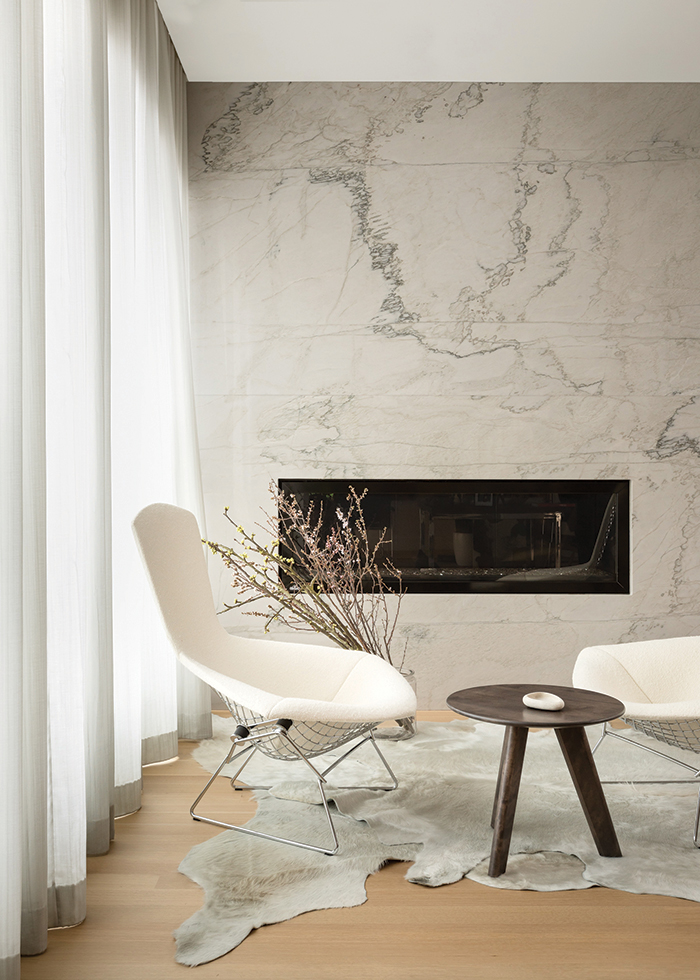 ORNAMENTAL PET PEEVE: “One of my pet peeves is that many people don’t know the difference between design and decoration. Decoration is part of design, like the icing on the cake, and is only concerned with how things look. Design is how something is going to work, function and feel, as well as how it’s going to look. Decoration is putting ornaments on the Christmas tree. Design is the tree itself.”

PHYSICAL PURSUITS: “I recently picked up snowboarding, which I’ve discovered is a very good way to teach myself that patience is a virtue. There’s a nice humility that comes from not taking yourself so seriously; it’s a good balance to work, where we’re inundated with the idea that we have to be on point, perfect, all of the time. I’m also a basketball junkie and watch a lot of it. Sadly, I’m a Nuggets fan. But I swear, one of these days we’re gonna get there!”

See the rest of the 2018 Five Under 40 Design Award Winners.SaveSave