Exploring the Ancient History of the Four Corners Region

Layers of Colorado’s past reveal amazing tracks and traces of those who came before us. Here’s how to turn your next trip into an expedition of discovery.

It’s a fact: Travelers are by nature curious. And if you’ve ever wondered what was happening in Colorado, say, 10,000 years ago, grab your Indiana Jones hat and make your vacation a quest for ancient knowledge by visiting one of our state’s historical sites.

The Four Corners region is particularly rich with history. The Trail of the Ancients National Scenic Byway conveniently links a stunning group of archeological sites along a majestic 480-mile route through Colorado and Utah. Here are some highlights: 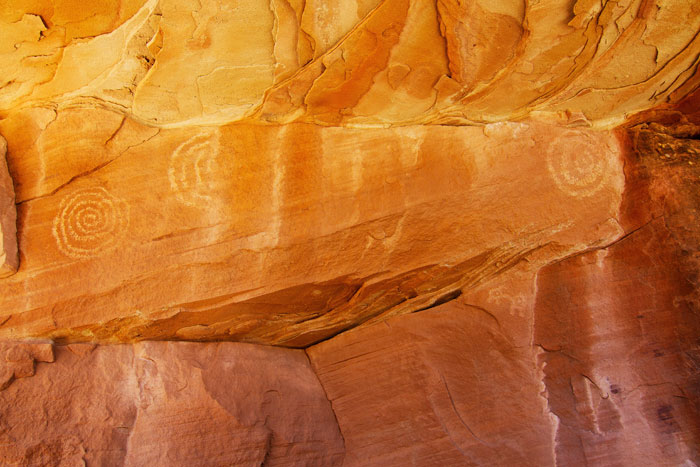 Located 42 miles northwest of Cortez, on the Colorado-Utah border

As Mesa Verde National Park is known for cliff dwellings, Hovenweep is famed for its towers. Some are square and some are circular, many are multi-storied and, considering they were built between A.D. 1200-1300, surprisingly well preserved. Balanced on canyon rims and boulders throughout the 20-mile area, the towers’ original meaning and purpose are unknown. They are often positioned adjacent to sources of water, and the towers could have been used for defense, storage, lodging or even celestial observation.

Hovenweep (Ute for “deserted valley”) was once home to six prehistoric villages and approximately 2,500 Ancient Pueblo people before it was abandoned in 1300, possibly due to drought, and its inhabitants moved south. The site was made part of the National Park System in 1923.

Although Hovenweep can be reached by car, some walking is required to see all the sites. There’s no entrance fee, the Visitor Center is open daily, and camping is available. nps.gov/hove 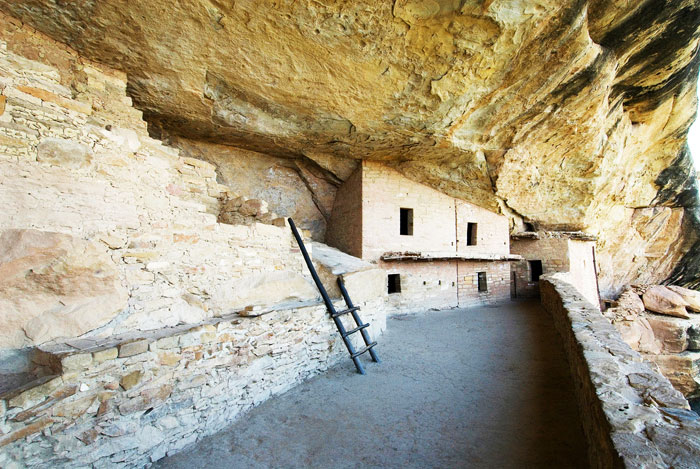 In 1888, two ranchers were trying to locate some stray cattle when they stumbled onto the 150-room, ancient Pueblo cliff dwelling now known as Cliff Palace. For over 700 years—from A.D. 550–1300—this spectacular site was home to the ancestral Puebloans, before they decamped to Arizona and New Mexico. Today, clues to their lives are revealed at 5,000 archaeological sites, including 600 cliff dwellings, throughout Mesa Verde National Park.

Nearly 50 villages once spread across the mesa top, where the Pueblo people lived and practiced agriculture. The remains of pit-houses, masonry towers, check dams, reservoirs and farming terraces can all be seen.

But it is the extraordinary cliff dwellings that most people think of when they conjure up images of Mesa Verde. Built into sheltered canyon alcoves and protected by overhanging cliffs, these sandstone structures are extensive. Cliff Palace, perhaps the most famous, has 150 rooms and once housed between 100-120 people.

Mesa Verde was established as a National Park in 1906 by President Theodore Roosevelt, and named a UNESCO World Heritage Cultural Site in 1978.

Visitors can explore the park by car, bike or foot. The Mesa Verde Visitor and Research Center is the place for admission and tour tickets, along with exhibits and a bookstore. The Chapin Mesa Archaeological Museum, 20 miles from the park entrance, offers displays of prehistoric artifacts, dioramas and Ancient Puebloan information. nps.gov/meve 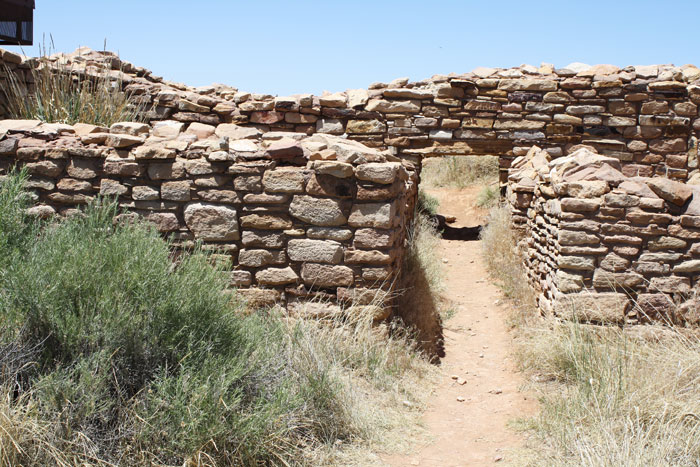 CANYONS OF THE ANCIENTS NATIONAL MONUMENT

This self-described “outdoor museum” boasts one of the most archaeologically dense areas in the United States with over 6,000 total sites, some concentrated in regions of 100 sites per square mile. Roads are rough, marked footpaths are sporadic, and visitors are encouraged to explore on their own. Depending on how much time you have—and your appetite for adventure—you could visit the developed recreation site of Lowry Pueblo, venture 38 miles into the backcountry to the unexcavated Painted Hand Pueblo, or hike, mountain bike or take a horse to remote Sand Canyon.

Admission is free for kids 17 and under. Adult admission is $3 from March – October, but free November-February. blm.gov/co/st/en/nm/canm.html

Got a passion for paleontology? Check out Digging in Colorado: Ask an Archaeologist