With a few well-chosen furnishings and adornments, home design can transport you to a different place or time. But taking a newer home back several centuries—and doing so authentically—requires more than just some artfully placed antiques.

Before homeowners Roxanne and David Peterschmidt got their hands on it, this home in Denver's Cherry Creek North neighborhood was a typical city dwelling, circa 1990. Now it recalls 18th-century Paris, with flickering lanterns, intricate ironwork, grand custom woodwork and layers of elegant finishes-the result of a gut renovation that spanned 14 months and employed a fleet of local craftsmen. And after all of that hard work, the project's measure of success is somewhat ironic: it looks as if the homeowners didn't change a thing. 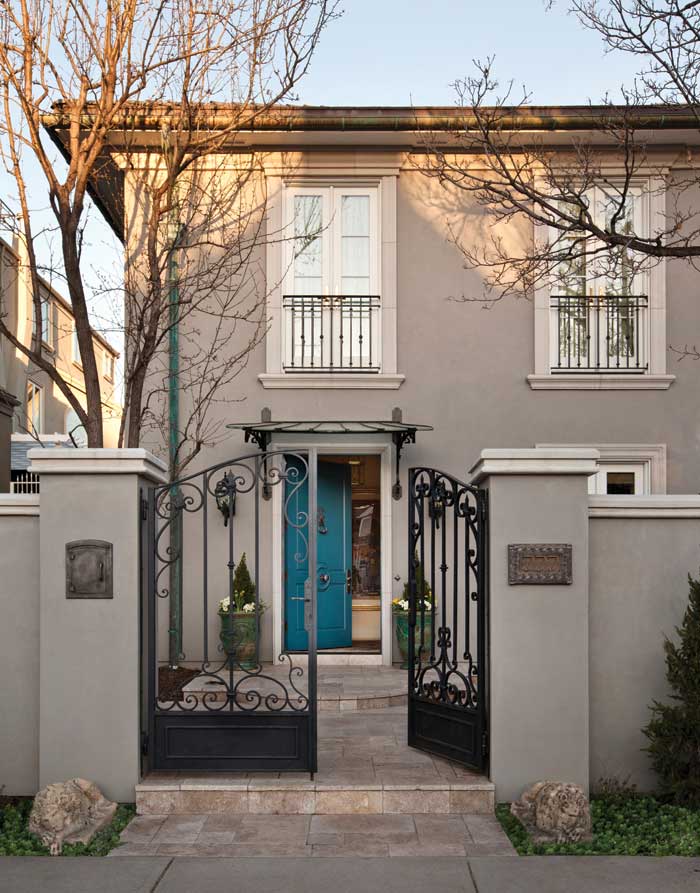 Pulling off a period renovation is not for amateurs. Do too little and it looks artificial and out of place. Do too much and it looks like a museum. In this case, Roxanne Peterschmidt and her design team, interior designer Linda Floyd and contractor Steve Diamond, had just the right touch-with a sledgehammer.

"To make it look like it's always been there, you have to 'peel back' as far as we peeled back," Peterschmidt says. "We took out the cabinetry and all of the tile and finishes. We kept the hardwood floors, but otherwise we had the chance to add things that were going to make the home look authentic." 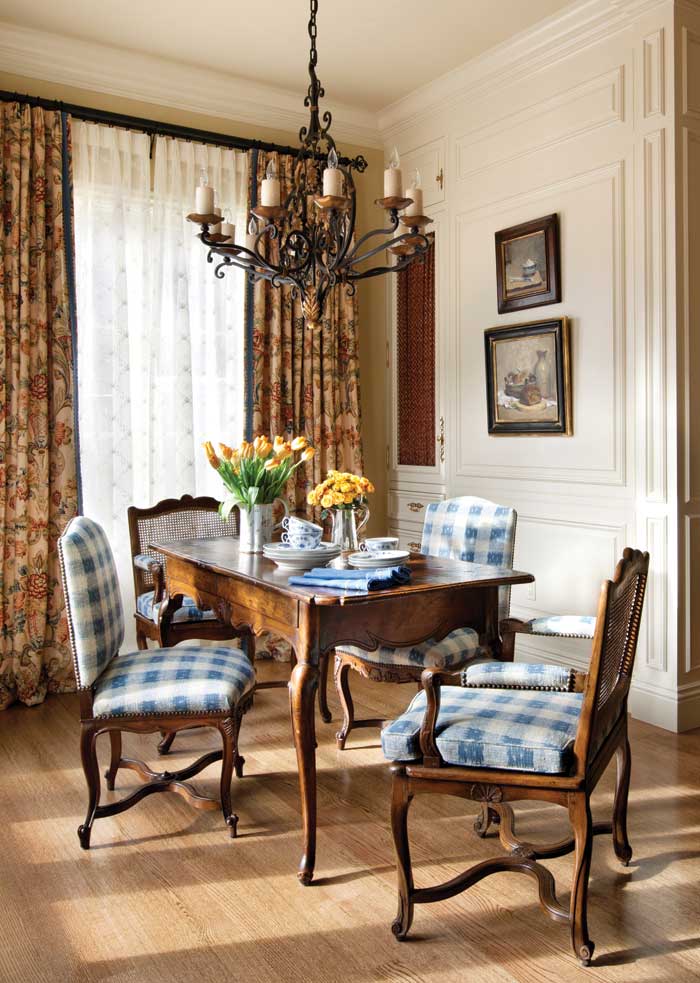 They reframed walls and added custom built-ins and woodwork at nearly every turn. Floyd designed a thick, ornate wall that runs the length of the house, from the front door to the back family room. This anchoring element allowed the designer to add double-sided china cabinets in the dining room and a stately entrance to the kitchen, which gives the period design a sense of permanence. And in the foyer, she swapped out the staircase's white spindles for a custom iron railing crafted by local artisan Max Brun, recalling an 18th-century French manor. 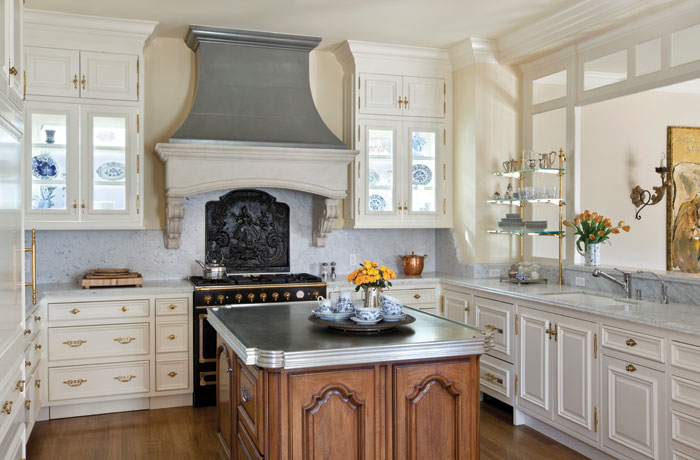 The exterior received a facelift, too. Its stucco facade was reskimmed and embellishments were added, including crown molding under the eaves, cast-stone casings on the windows and ornamental ironwork. Floyd painted the front door a French blue, fitted it with imported French steel hardware and crowned it with an antique French marquis. 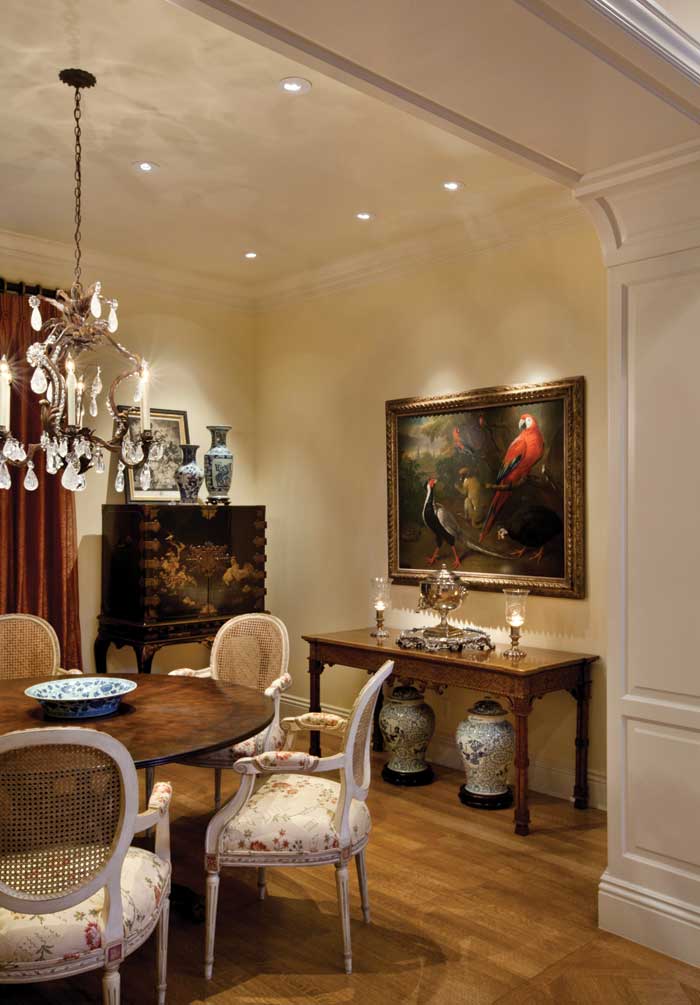 The European embellishments and Old-World ambience give the home a sense of sophistication, but the scheme steers clear of fuddy-duddy formality. "It's fresh enough to live in today, the designer says, "but it has elements from the past." For example, Floyd filled the kitchen with Old-World-inspired touches such as an antique French fireback and a limestone and pewter hood over the stove, but then she opened the space to the family room to suit a modern lifestyle. 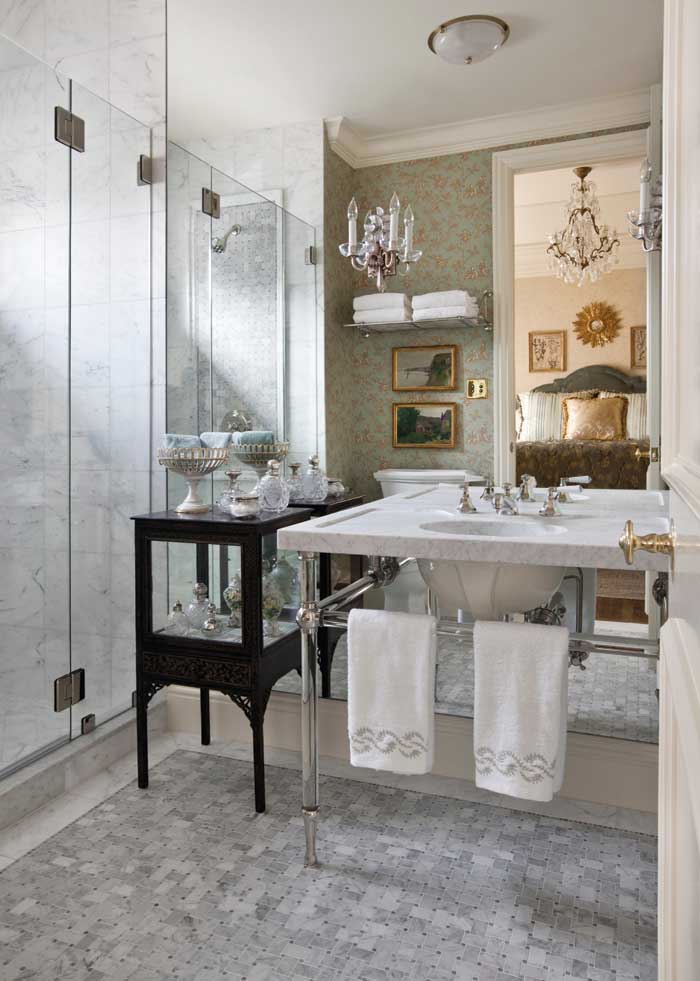 Floyd's eye for detail could have sent some contractors running for the hills, but Steve Diamond of Englewood-based Diamond Homes was up to the challenge. "We've done a lot of Old-World-style homes, but this involved detail on a different level," he says. "But as the final layers were completed and the furniture and fabric were placed, Linda's vision came together. This home is like a little jewel box from Paris that just got dropped onto an ordinary street in Cherry Creek North." 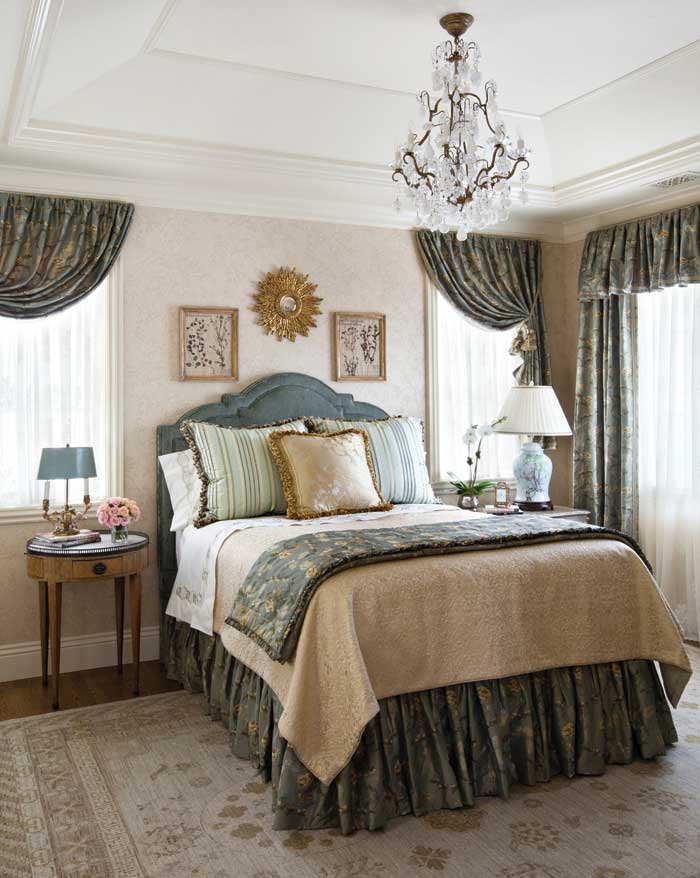 Peterschmidt likes that assessment: "That's what we kept saying when we were building the home. We wanted it to be this little jewel box. This is the fourth house that my husband and I have created with Linda and this is our favorite."

This article appears in the January-February 2013 issue of Colorado Homes and Lifestyles.
Categories: Interiors, Landscaping & Gardening