​Growing up on a New Mexico commune, designer Emily Henry had a childhood full of adventure, if not structure. While she clearly inherited the creative genes of her architect/inventor father and artist mother, Henry craved order in the freestyle Taos environment of the ’70s. In addition to obsessively decorating an adobe dollhouse her father built, she spent her savings on inkpads, calculators, and day planners. “It was my response to the chaos—things were so wild in our life that playing ‘office’ was a way to feel safe and have some control over my surroundings and my destiny,” she explains. 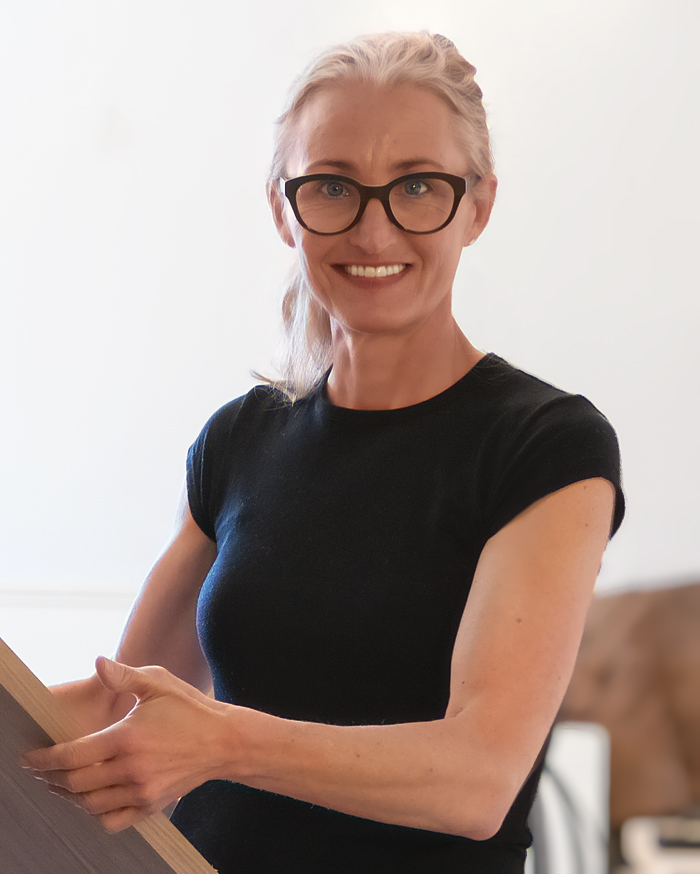 Those early experiences and the yin/yang of a business sense and a creative side translated well to a career as an interior designer and Henry’s recent foray into furniture design. Millicent (inspired by the late Millicent Rogers, a Taos icon and arts patron) is her distinctive collection of high-end, handcrafted furniture inspired by modernist design and a strong tradition of woodcraft in northern New Mexico. “I strip down the design and make it cleaner, elevate it and make it more elegant,” she says.

More than 200 hours of labor go into each one-of-a-kind, hand-carved piece. The process begins with Henry’s initial drawings. “The carving designs come across as random but are quite exact,” she says. “I may draw 100 different renditions until I get it right.” The concepts range from cacti to plum blossoms to power lines, and are abstract enough to allow for interpretation. The final designs are meticulously hand-carved by Taos artisans.

Every aspect of creating the Millicent line is hands-on. An Amish sawyer in Ohio provides the oak, pine, and poplar woods, sending photos of each tree. “In order to make something of the highest quality you have to start with the tree,” Henry says. “Our products—credenzas, cabinets, tables—are solid wood, and all the building and finishing are done by hand.” A Taos jeweler makes the brass accents; a former Hermès artisan crafts the leather pulls. Made in New Mexico, Millicent’s southwestern feel resonates with buyers in Colorado, where it is available through the John Brooks showroom.

Henry recently expanded her furniture line to include Pilar, an understated, minimalist look with rectilinear ridges and patterns. Guillermo, named for her late father, William Mingenbach, is a collection of stools, coffee tables, and end tables inspired by a stool he made for her years ago.

Determined to maintain a small business of the highest caliber, Henry says, “My goal is to keep Millicent relevant for a very long time, creating timeless heirlooms to be passed along through the generations.” 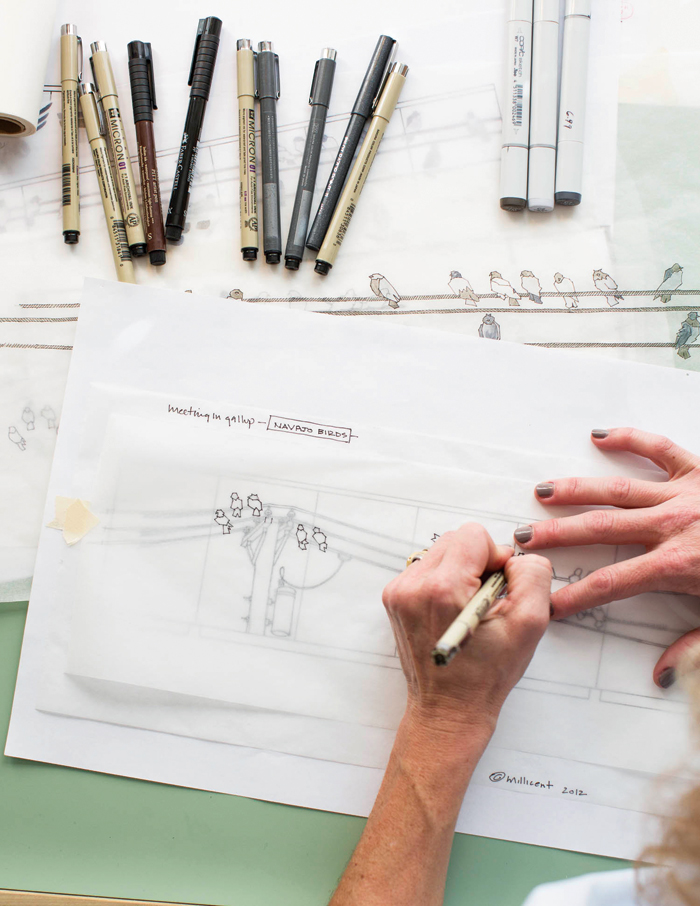 Designer Emily Henry hand draws her motifs and turns them over to expert carvers, the entire process of designing, building and finishing a Millicent product taking more than 200 hours. 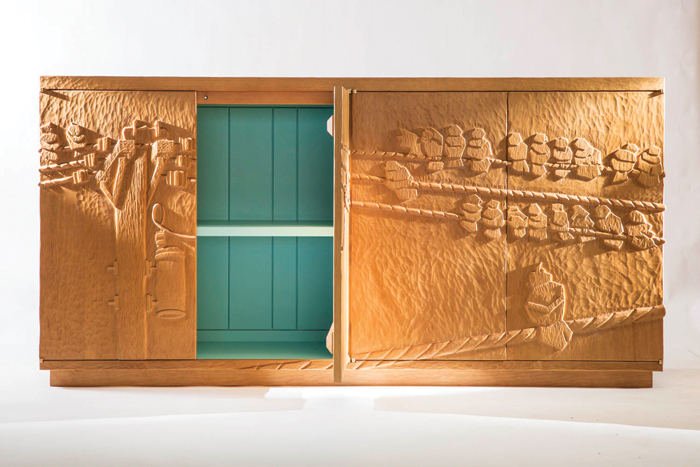 Meeting in Gallup Credenza in pine
Each piece of carved wood furniture is painted turquoise inside, reminiscent of the Taos sky. 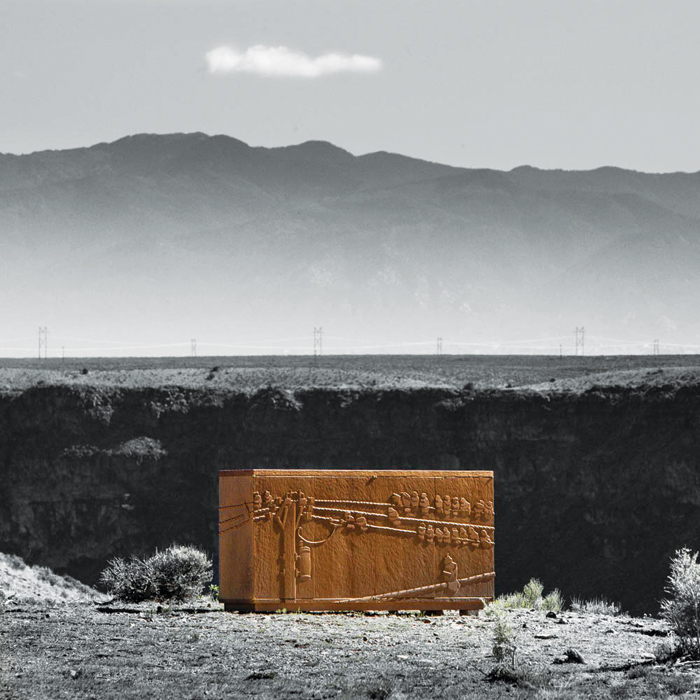 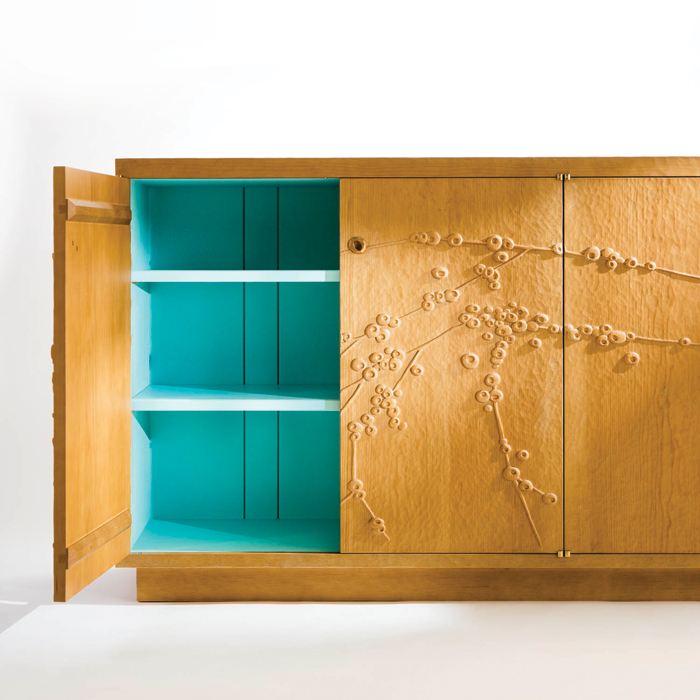 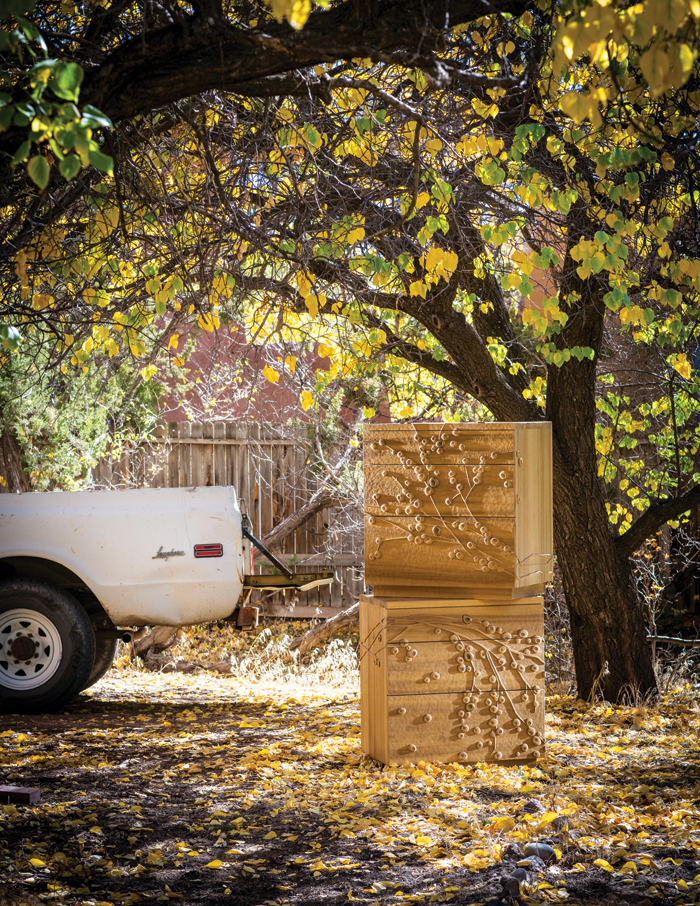 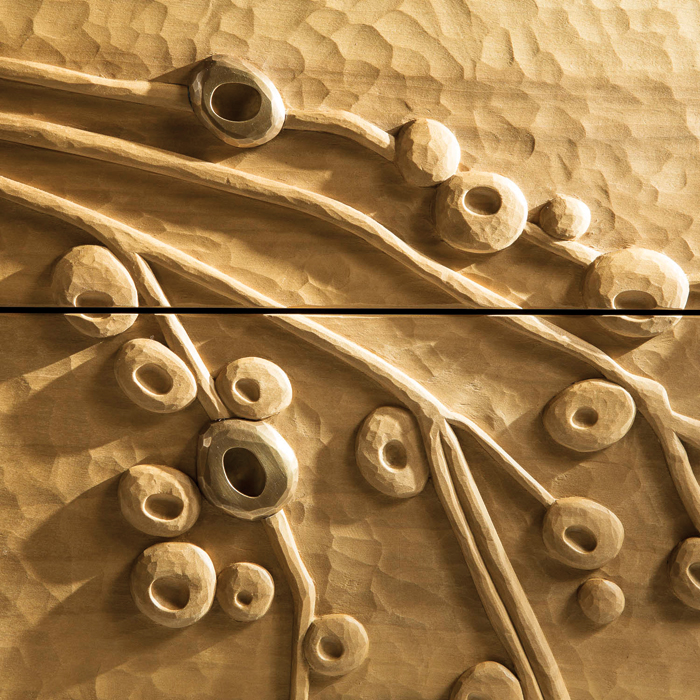