He’s been a successful furniture designer for four decades, but his life is his most exciting creation of all

Dakota Jackson does not want to be interviewed. What he wants is an interesting conversation that will lead somewhere. So when you ask a question, say, about the origin of his overtly Western name, he will answer—the last name is an extension of Jack, his father’s name, and the first was inspired by a trip they took through the Dakotas. And then he will explain that he’s been over this many times and start discussing literature. But the name construct is telling, because more than anything Jackson is an inventor, a man who melds his prodigious creative, intuitive and technical gifts to build structures of lasting beauty. His furniture line can be viewed at Egg & Dart in the Denver Design District, where Jackson was the keynote speaker at the 2018 Launch Spring Market on May 17. 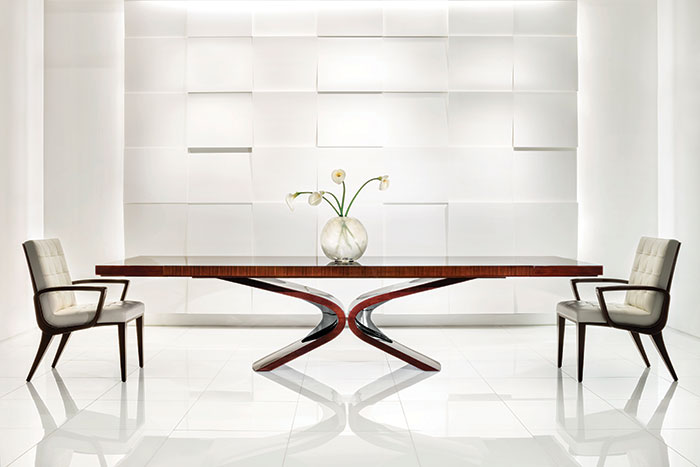 A builder and tinkerer since age 6, a second-generation magician who toured with his father, a concert-level pianist and a dancer who performed with the Trisha Brown Dance Company, Jackson has led an amazing life, and his brain is a rapid-fire generator of ideas, connections, of one-thing-leads-to-another until somehow he finds his way back. His furniture pieces are in museums, and his list of awards is long. The many winding stories in his arsenal are fascinating. And it is of no surprise that his best ones involve women. “Women have been the ones who have challenged me in terms of the art and craft of what I do,” he explains. 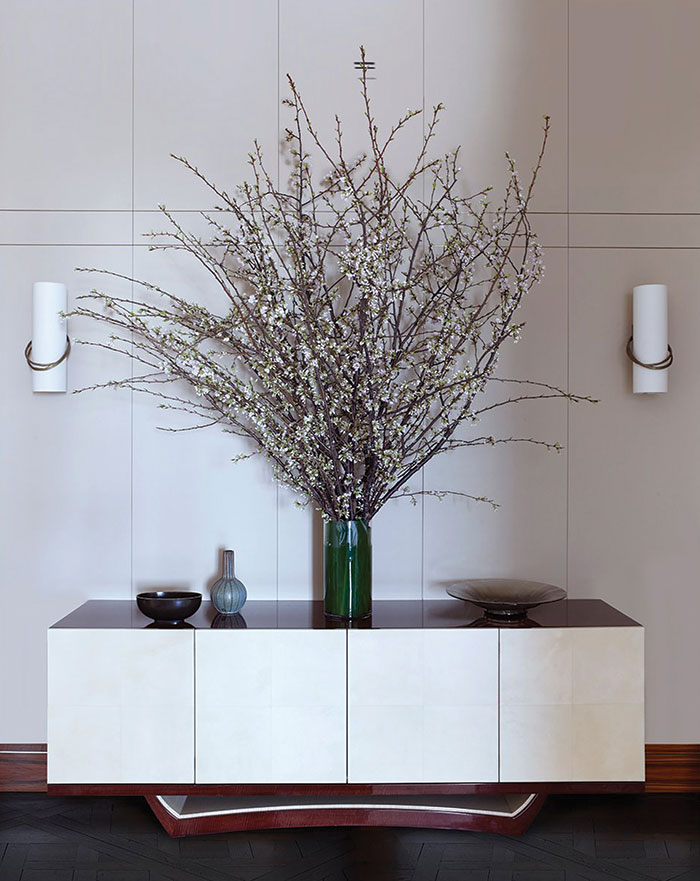 It was a woman who led him to the discovery that being a maker and a builder were his biggest gifts. This tale, minus the long preamble, ends in New York City and involves one of his cats, Thomasina Sixpence, having a change in personality after falling out the window of his $43 a month lower East Side apartment. So Jackson, while dining alone at a macrobiotic restaurant, meets a woman who claims to be a cat mystic (she’s also an artist). He takes his ailing cat and his healthy one to her 28th Street loft. She cures the cat, and he moves in and goes to work building out the raw space of her flat. “And that was it—BOOM! I realized this was my life,” he says. “When I first took materials and tools in my hand, I was just like Fred Astaire. I couldn’t think any other way.” 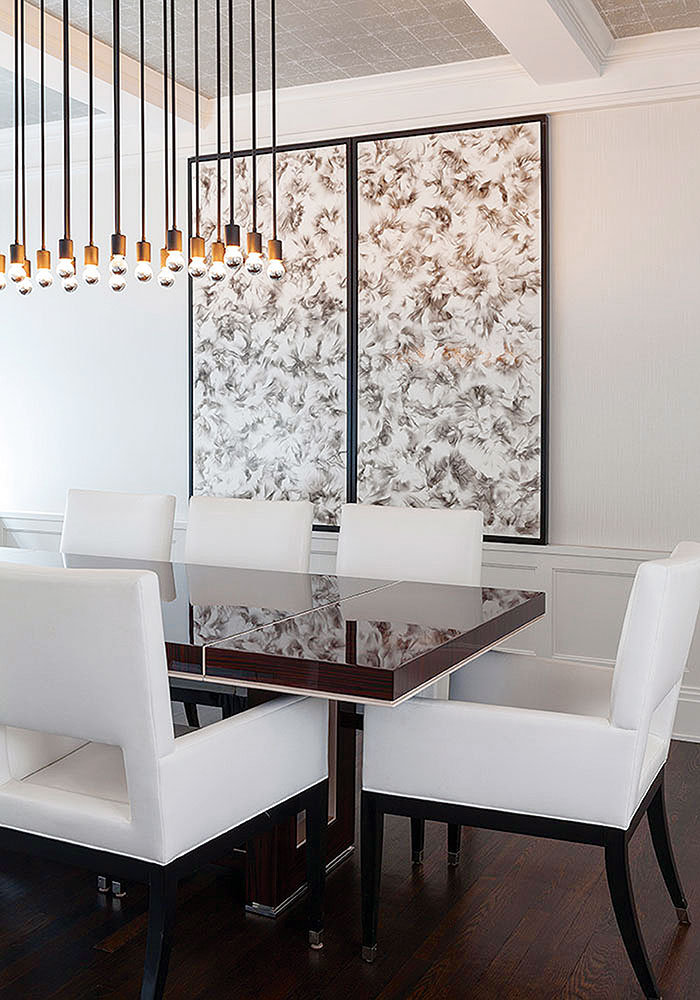 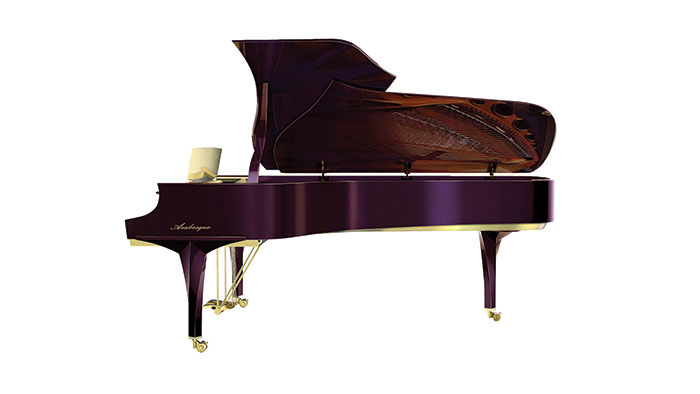 He eventually left the 28th Street loft and enjoyed the bohemian wave of 1970s New York City. During that time, he first glimpsed his wife, RoseLee Goldberg, in a downtown bar, enquired about her and then told said enquiree that in five years he would marry her. Fast-forward five years, give or take, and though she is in a relationship, he asks her out. He tells her he has been in love with her for five years and that he wants to drive to Maryland and get married that night. That was 39 years ago, it took her a year to consent, and they’ve been together ever since.

The creation of and passion for beauty and connection is a through-line for Jackson. Whether it’s a puzzle desk Yoko Ono asked him to design as a 34th birthday present for
John Lennon (his first commission), a bed for Diane Von Furstenberg or a Steinway piano for Chinese superstar pianist Lang Lang—Jackson has a way of building pieces that people feel, interpreting the user and creating for them. Jackson describes his magic best when discussing a synagogue chapel he designed in Winnetka, Illinois:  “The rabbi says to me, ‘Mr. Jackson, what are you going  to design?’ I said, ‘I have no idea, but I can tell you this: I will express the unexpressible.’ And I delivered.” 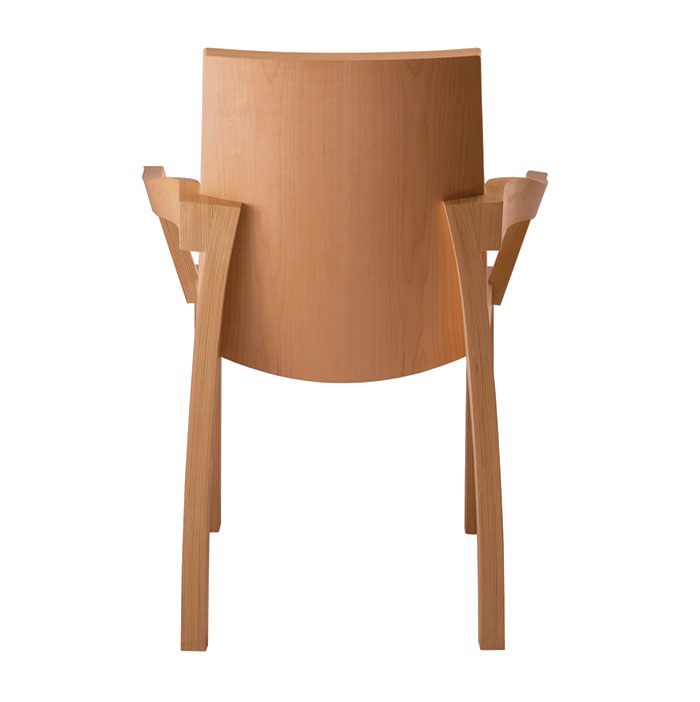