Casey Brewing & Blending: One Day at a Time

When Troy Casey opened his namesake brewery last year in Glenwood Springs, he put his trust in the mantra “If you brew it, they will come.”

They’ve come in pairs, droves, and carloads. They’ve come with tents, folding chairs, pets, and snacks in tow. They’ve come from Colorado, California, Florida, and New York. And they’ve all come for one thing: to stock up or sip on Casey Brewing and Blending’s sour and saison beers.

Every first Saturday of the month, beer lovers line up outside the brewery anticipating the moment the taproom doors open to the public for the only day that month. “They will wait in line for two to three hours—sometimes overnight—even when it’s raining out, even when they can only get one bottle of what they came for. It’s still crazy to us every time we see it happen,” says Troy, who learned small-batch brewing at AC Golden Brewing Company, a subsidiary of MillerCoors known for its Colorado Native brew.

In a state where good craft beer is plentiful, what attracts the brew-drinking masses? The answer lies in the process, the local ingredients, and the family touch. 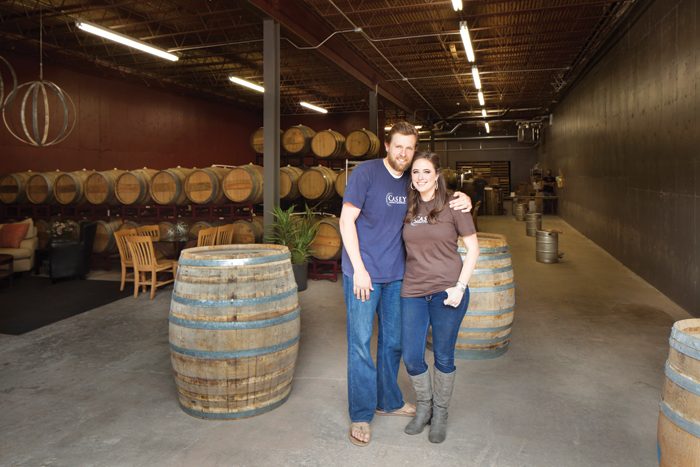 Specializing in sours and saisons, Casey Brewing uses traditional Belgian methods. The wort (unfermented beer) is made off-site at a brewery in Carbondale and then transferred to the Casey facility, where Troy focuses on the part of brewing he truly loves—fermenting and barrel-aging.

In a typical modern brewhouse, the brewing and fermenting process take place in towering stainless steel tanks and can be completed in as little as two weeks. But at Casey, fermentation and aging happens in 130 vintage French oak wine barrels and can take anywhere from two months to a year. The wort is put in barrels with yeast and cultures such as Lactobacillus and Brettanomyces, which give the beer its “sour” characteristics—tart and pungent.

After the aging process, Troy tastes beers from different barrels and blends up to four or five selections together for a more complex flavor. The blends are then bottled and shelved for another one or two months, allowing them to carbonate naturally. Once they’re ready, a portion is sold on taproom opening days, and the rest is self-distributed to local liquor stores.

The process is time-consuming and somewhat tedious and, for Troy, requires a lot of patience. “I’m relying on old-world brewing technology, which is basically ‘give it time,’” he says. “Time will heal everything.” 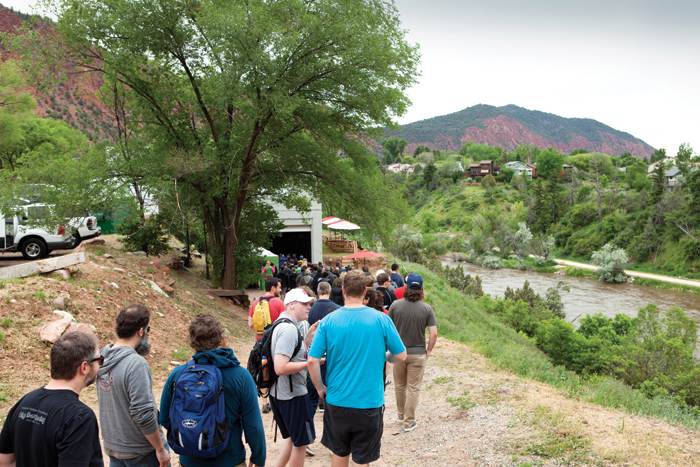 A crowd lines up outside Casey Brewing for the June taproom opening, which Troy says was the busiest yet.

From the water to the fruit, Casey beers are made with 99 percent Colorado ingredients. Troy says this commitment to locally sourced goods comes back to the roots of old-world brewing, when farmers used crops from the previous summer to make beer that would sustain them until the next crop season. “It was brewing out of necessity, not business,” he explains.

Casey has already released beers in their Fruit Stand and The Cut series featuring cherries, peaches, plums, and blackberries from local farmers. This summer, they expect to use 6,000 to 8,000 pounds of Colorado fruit.

This local-only mentality limits the types of beer Casey can produce (Troy would love to make a blueberry beer, but blueberries don’t grow in Colorado) but ultimately gives the beers a farm-to-table freshness. “We’re differentiating ourselves by staying local. And the flavors we get are unlike anything you can make,” says Troy. 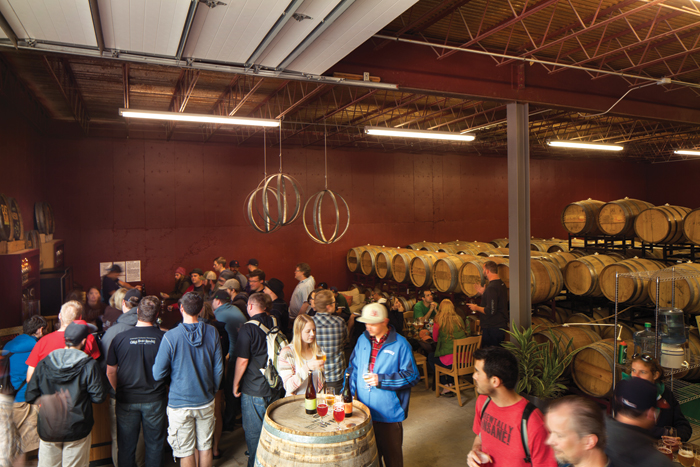 When the garage door of the taproom opens at 11 a.m. on that first Saturday of every month, Troy, his wife, Emily, and a mix of their family members stand ready and excited to pour and sell to an eager crowd. The Caseys rely solely on their siblings, parents, and cousins to volunteer in the taproom. The vibe, because of this, is as old world as the beer. “They see that it’s us there working, not some 22-year-old employee we’ve hired to deal with them,” Emily says.

During the first four 2014 taproom openings, the Caseys expanded their bloodline by collecting email addresses from customers and making them part of their “extended family” membership program. “We wanted to reward them for making the trip,” says Troy. The 80 to 90 members can preorder beer online and pick it up whenever it’s convenient.

If this first year in business is any indication, Troy’s mantra worked. Despite their success, the Caseys plan to keep their growth as slow and steady as their brewing process. 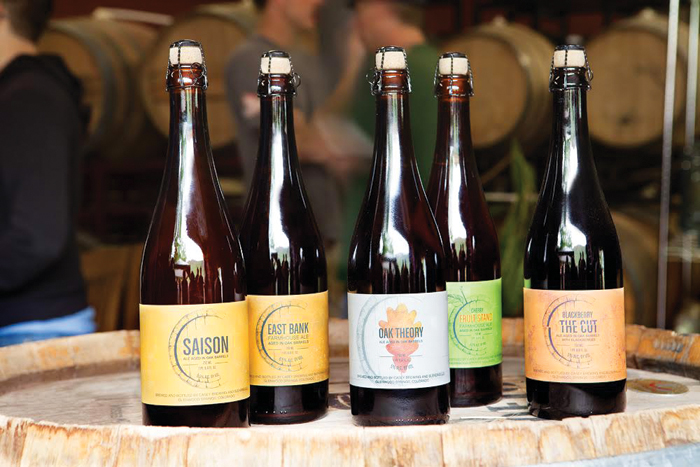 Saison: Dry and effervescent with strong citrus notes; made entirely with Colorado ingredients.
Oak Theory: Casey’s take on a classic Belgian sour beer; tangy with a candy-like tartness;
Stand Series: Fresh, whole Colorado fruit blended with Saison barrels. Peach, cherries, and plums are among the fruit that have been used; raspberries, apricots, and grapes are on deck.
The Cut Series: Over two pounds of fresh, whole Colorado fruit blended with each gallon of Oak Theory; blackberries and Balaton cherries have been used so far; sweet cherry and apricot will be released in September.