What differentiates a historic home from other residences? Aside from the romanticism of a turn-of-the-century property and a personal piece of the mythical Old West, historic homes have a significant relevance to the past displayed through architecture that often tells a story of more than 100 years of ownership. Most experts agree that properties built around the turn of the 20th century were fabricated with stronger materials, planned with more thought and foresight, and constructed with more efficiency than post-World War II homes.

Thinking of purchasing a historic home to restore a property to yesteryear or to live in an antique that has already been refurbished? CH&L spoke with Dean Brookie, Brookie Architecture & Planning, Durango, (970) 247-1336, and Don Semi, Granite & Marble Restoration, Golden, (303) 249-7909, to determine what to look for in a historic home before buying (as well as the pros and cons of owning a piece of history).

Why purchase a historic home?
-Homes in a historic district appreciate more rapidly than suburban neighborhoods built in the 1960s and 1970s.

-The character of historic districts is remarkable due to the established tree lines, architecture and distinct character of the neighborhood.

-Towns that have historic residential districts typically have a commercial historic district in close proximity, which brings land value to a premium.

-Stone, granite and marble found in many of these residences is often unavailable because quarries don’t produce many types of antique stone anymore. This adds even more value to the property. Often the stone in historic districts is inlaid (as was typical during this era) also adding overall aesthetic quality to the home.

What are the difficulties you might face when purchasing a historic home?
-Navigation through the many restrictions can add time and money to a reconstruction. Be prepared for a lengthy process.

-Some historic homes have structural issues that will cost more to fix than the home and land may be worth.

-Historic homes on small lots might be restrictive when it comes to building an addition because the lots aren’t large enough for expansion.

If there are severe cracks in fireplaces and countertops, factor in the cost of replacing all of the stonework. This can be extremely expensive.

what to look for
Bruce Czech of Colorado Professional Inspections,  (970) 430-1819, coloradoprofessionalinspections.com, a member of the Historic Building Inspectors Association, recommends the following steps before signing your purchase papers:

-The most important part of a residence is the foundation. Homes with basements have better foundations compared with those that have crawl spaces. He adds, “Foundations can be the most expensive part to repair. Also note that homes typically did not use gutters around the turn of the century. Without them, water can seep into the foundation.”

-Have a plumber inspect for galvanized and lead pipes. In most cases, you will need to upgrade before you begin any restoration or expansion.

-Look beyond the electric panel to understand the wiring of the home. Everything will need to be grounded and upgraded. Often the façade of a new electric panel can trick potential buyers. 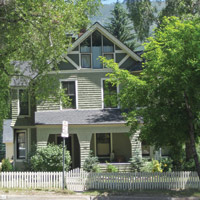 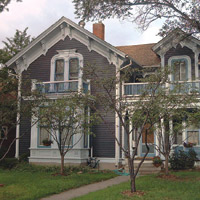 Aspen
The Main St. Historic District was founded in 1976 and includes 34 properties. Most of the structures were built during Aspen’s mining era during which use of wood clapboard and shingle siding was common. Cottonwood trees line yards containing traditional fence
patterns from the Victorian era.Colorado Springs
The North End Historic District
is located northeast of downtown. This area was officially listed on
the National Register of Historic Places in 1982 for its community planning, architecture, landscape
and importance to the city. There are roughly 500 homes and businesses built between 1890 and 1910. 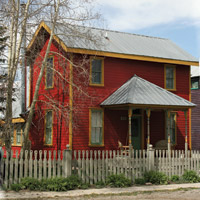 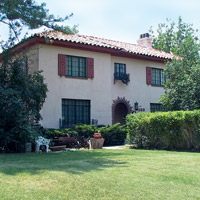 Crested Butte
The Crested Butte Registered National Historic District is comprised of structures built in the 1880s. Homes range from old miners’ cabins to recently restored Victorian gems. There are 187 residences in the district and 185 outbuildings.Grand Junction
The Seventh St. Historic District boasts 34 historic homes with a high concentration of 1930s construction.  The area covers five blocks of N. Seventh St. canvassing the most intact historical residential area in Grand Junction with a variety of Queen Anne, Colonial Revival and Mission-style homes. 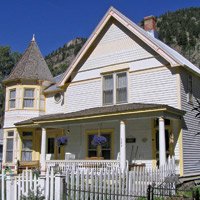 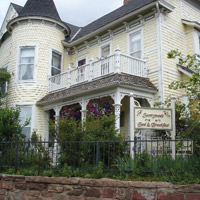 Lake City
Many of the buildings included in this district were built after a major fire destroyed much of the downtown in 1879. An economic depression also hit Lake City in 1884 bringing hard times to residents. However, the arrival of the railroad in 1889, as well as silver mining near the turn of the 20th century, helped revive the Victorian-style town.Manitou Springs
Nearly the entire town of Manitou Springs lies within the National Historic District designated neighborhood, which includes business and residential buildings. The 1980s witnessed the revival of the area and a push to restore the Victorian-era homes.

Residential historic districts are found throughout Colorado. Most of these areas signal a cluster of buildings fabricated right before or after the turn of the 20th century. Materials, architecture, masonry, construction and a handful of other factors determine the qualifications for this premium designation.

Once a neighborhood or street block is defined as historic by the state, numerous restrictions are put in place, and buildings within the boundaries must adhere to specific codes such as infill design guidelines, zoning restrictions, etc. Bylaws can benefit and limit homeowners in the attempt to preserve an area.

This article appears in the November-December 2007 issue of Colorado Homes and Lifestyles.
Categories: Art, Kitchens