Brew Masters of the Universe

There’s nothing strange about Odd13, except its meteoric rise in popularity and respect among Colorado’s ferociously competitive, highly opinionated craft beer scenesters. Opened in 2013 by husband and wife Ryan and Kristin Scott, this Lafayette brewery with a superhero theme is producing beers with big personalities and using online consumer feedback to make improvements along the way.

Midwesterners Kristin and Ryan bonded over beer and skiing at Bowling Green State University and then made their way to Colorado to more thoroughly enjoy both. With their second child in kindergarten, it was Kristin’s idea to start Odd13 (both grew up with “13” in their home area codes) after Ryan’s home brews got so good they crushed anything she had tasted from a local tap. Now with a second 3,700-square-foot production facility down the street, they are poised for 100 percent year-over-year growth. 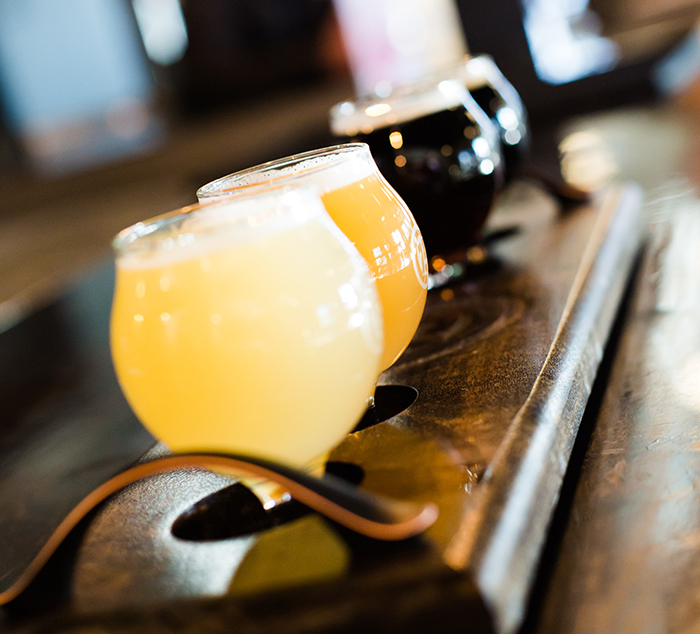 Odd13’s strong suit is its New England-style IPAs, along with its fast—or kettled—sour beers, currently the only canned sour made in Colorado. All of the beers, produced now by Head Production Brewer Eric Larkin and Head Taproom Brewer Brandon Boldt, are crafted to bring out all the aroma and flavor nuances and none of the lingering bitterness that hops can yield. And they come to superheroic life through the fantastical label illustrations by the Scotts’ good friends, artists Kyrie Wozab, Jesse Glenn, and Joshua Gerics.

“What makes Odd13 awesome is that they are not afraid of experimentation or intensity. Codename: Superfan is my favorite Colorado IPA.”
— Tony Firestine, Whole Foods Market Beer Buyer

Developing Odd13’s standout New England–style IPA, Codename: Superfan, involved a bit of crowdsourcing (heeding online comments from BeerAdvocate.com) and creating several test batches, each designated by a 2.0, 3.0, etc. They have settled on a fifth and final version that shows a fabulous balance of fruit and the low bitterness of New England—or Northeast-style IPA. With a thicker mouthfeel than its bitter, citrusy West Coast cousin, Codename: Superfan has the telltale unfiltered haziness in the glass.

The folks at Odd13 produce a strong lineup of other low-bitter IPAs as well as both aged and kettle-soured beers. Moderately sour with floral and citrus notes, Vincent Van Couch is a good gateway sour for those new to this intentionally acidic and tart style. For the more seasoned craft drinker, a new beer planet of flavors—with characters like Walking Phoenix, Blucifer, and Chainsaw, the Princess of Karate—awaits.