A classic find with miles of history: Janus, the Roman God of change and passages, pictured here in terra cotta from Black Tulip Antiques in Denver. 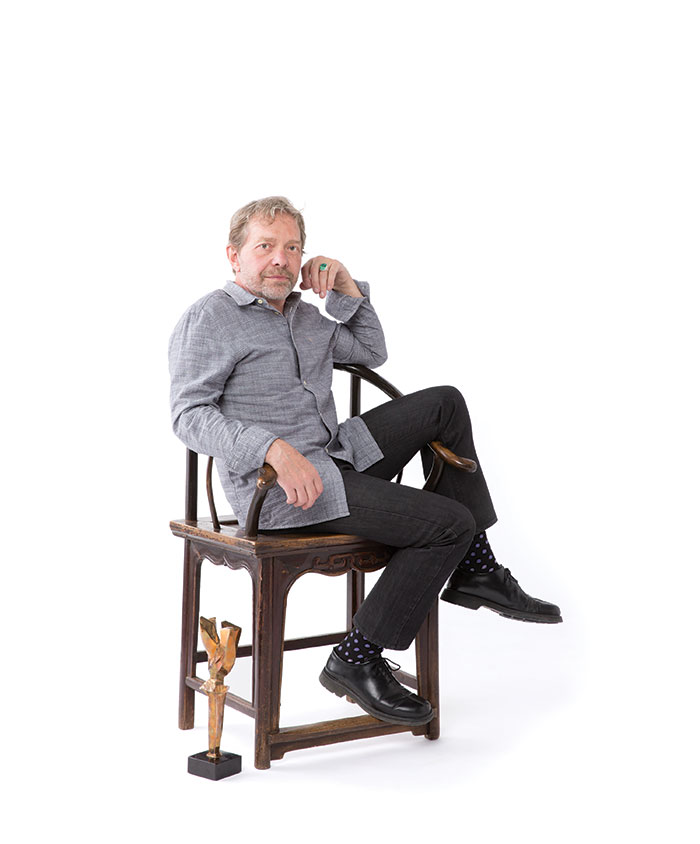 “I knew I wanted to be in antiques since I was in high school,” says Eron Johnson, casually draped on a 19th-century Chinese Qing Elmwood Oxbow armchair. While searching the globe for the truly rare, Johnson is sometimes mistaken for Richard Branson, the English business magnate. “I don’t own any airplanes,” says the storied antique dealer from Denver. “The only thing we may have in common is that I look intentionally disheveled.” As for finding the right piece, Johnson advises, “Don’t get too excited when you go to an auction. There’s always more to buy.” The bronze sculpture by the chair is by Edgar Britton. 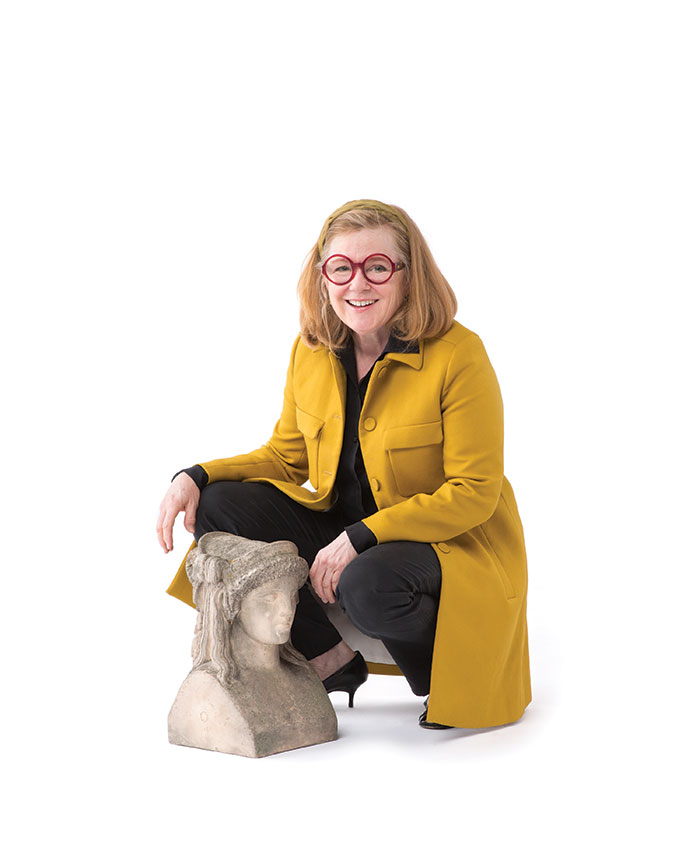 “I’ve been in business since dinosaurs roamed the earth,” quips Janice Woods, the owner of Black Tulip Antiques, a highly diverse shop specializing in 18th- and 19th-century furniture, etched glassware, silver, and vintage accessories. Woods got her start in 1985, managing Thomas Kerr Antiques in London. After returning to the United States, she became a partner at Eron Johnson Antiques, before venturing out on her own. Woods named her shop after the Alexandre Dumas novel in which a tulip grower lives only to cultivate the elusive black tulip. To Woods, the novel symbolizes her quest to help people find what is truly rare. The bust of Janus pictured here on its female side is an example. Usually depicted as having two faces, this terra cotta piece hails from Italy and came to Woods from her aunt’s estate. As for her own style, “My idea of Christmas decorating is this Janus head with holly around her neck.” 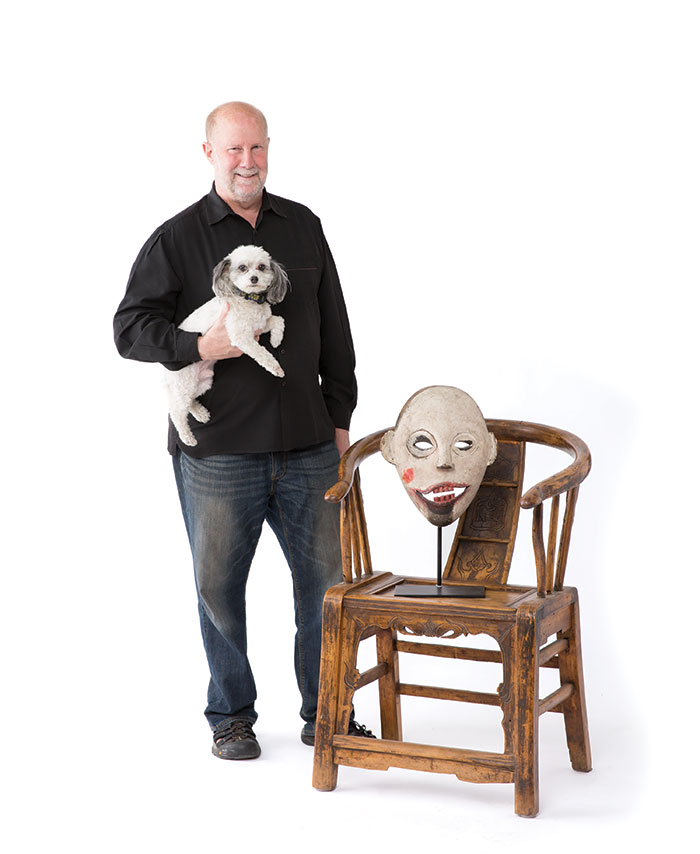 What is an antique? “Anything older than me,” says Rusty Staff, owner of DecorAsian. Staff’s passion for travel and the truly authentic becomes increasingly apparent the longer you speak to him. “From the swamps of New Guinea to small Balinese villages, I love to find unique pieces,” he says. Staff enjoys occasionally taking customers in search of collectibles abroad, especially to Bali. The Dayak shaman’s mask on the chair is from Borneo. The Chinese Horseshoe-Back Chair in cedar and elm woods is 19th-century. But the rarest find of all—even if it isn’t vintage—is Pepper, Staff’s lap dog. At DecorAsian you can also find Buddhist thrones, European trestle tables, Chinese manuscript cabinets, and fine Gabbeh and Kazak rugs. 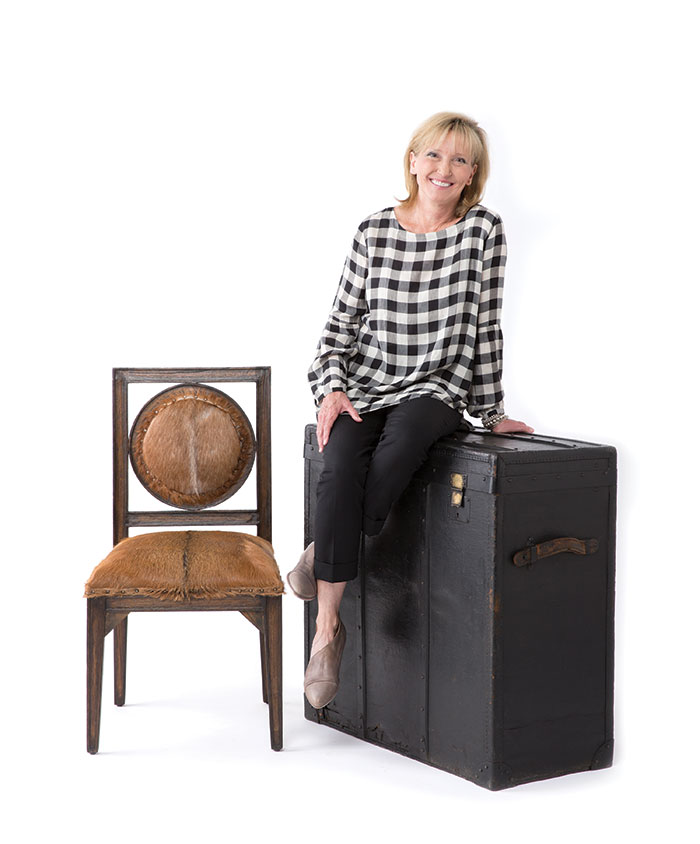 Oklahoma native Holy Kuhn’s love of antiques was born out of her love of decorating and of making special pieces accessible to everyone. “When it comes to antiques, I’m not a purist,” she says. “I like to combine things from different periods.” Besides her Denver location, Kuhn also owns a second shop in Round Top, Texas, a place she calls “an antique mecca of uncommon finds.” Kuhn sits on a trunk refitted with leather handles and brass hardware. “The trunk’s narrow length could make it work as a console table,” she says. “It has great height for an entryway piece, too.” The newly upholstered chair in tan is one-of-a-kind vintage modern. As for the stories behind the pieces she sells, Kuhn offers, “If something speaks to you, don’t worry about its pedigree! Who knows if the story behind it is true?”

Reclaimed and repurposed is the name of the game for the dynamic duo at Rare Finds. “We have created a unique mix of locally and internationally sourced furniture, especially from India and Egypt. We also have lighting and décor that no else offers,” says Tony Wilson (far right), a former chef at Club Med. Wilson and co-owner Brad Grunewald met in Saigon many years ago. The pair have been in business ever since. “We are proud to work with Colorado artists and builders to create custom pieces,” Grunewald says. “And we are very picky about what we bring.” Standing between them is an old balcony from India, repurposed into a plant stand. “The carved, horse-shaped corbel on a stand is the perfect accent,” Grunewald says. The rare, vintage, hand-held lantern with the light turning red is from the railway in British India. 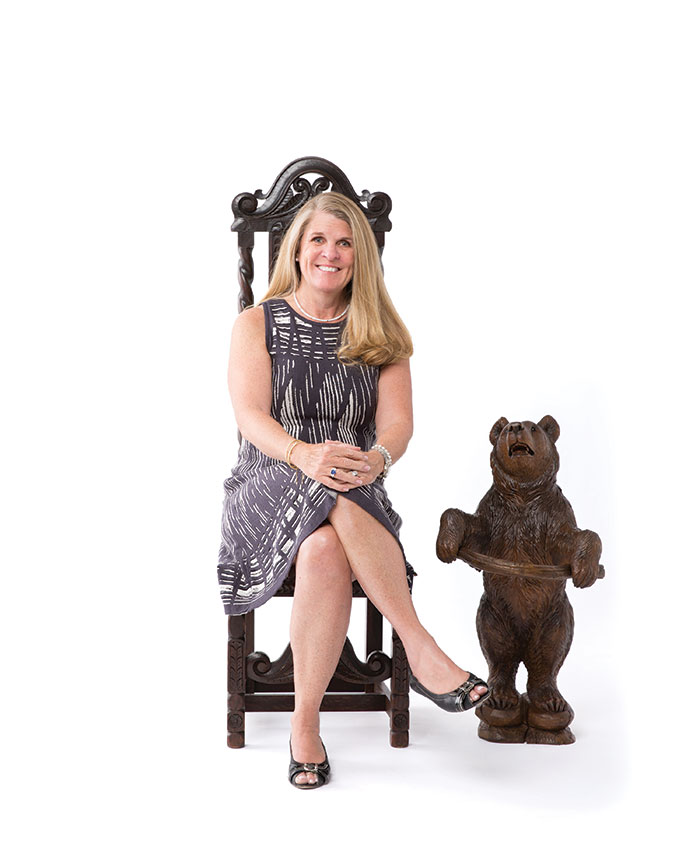 The first thing you notice when you speak with Sharna Coors is her gentle voice, which becomes animated when she talks about Ski Country Antiques, the company she owns. But every part of her becomes animated when she speaks about her 10 children, four biological and six adopted. “Antiques are more of a hobby,” she says. “What I’m truly passionate about is helping children.” To that end, in 2007, Coors, and her husband, John, founded Children of Hope, a charitable program that provides foster care to orphans and vulnerable children in Kenya. Coors sits on a carved chair that dates to the 1900s. The carved bear is an umbrella stand from 1890.