At Work With Chef Alex Seidel

Alex Seidel is getting plenty of recognition these days for having his finger on the pulse of the farm-to-table food movement in Denver. And it’s no surprise; at Fruition, the restaurant he co-founded with maitre d’ Paul Attardi in early 2007, he serves up “sophisticated comfort food” (think potato-wrapped Oysters Rockefeller and grilled Bavette steak au poivre) using fresh, honest ingredients, many of them culled at Fruition Farms, his own 10-acre property in Larkspur. Last year, FOOD & WINE magazine crowned him one of the Best New Chefs of 2010. And locals approve, too: try getting a reservation at Fruition within the week, and you may have to resort to your favorite take-out instead.

What may come as a surprise, though, is that this tastemaker doesn’t really buy into trends. “I think ‘farm-to-table’ can sometimes be overused,” says the Wisconsin native, who despite his homeland’s farming heritage, didn’t start working the earth until two years ago when he started Fruition Farms with Josh Halder, a foodie friend who had been running his own micro-greens business (the crop grew in Seidel’s basement for a stint). Seidel’s response to the farm-to-table fanfare is part genuine humility, part apparent bemusement: “I kind of sit back and say, ‘there are probably thousands of other restaurants in this city that ultimately get their food from farms.’ It’s whether they know which farm it comes from, or how it’s produced, that’s important.”

Though Wisconsin may not have lured Seidel to the fields early in life—his upbringing was, on the contrary, urban—his interest in starting a farm was sparked by his native state’s most iconic bounty: cheese.

Stirred by some of the great cheeses of the world—Manchego from Spain, Roquefort from France, Pecorino from Italy, all made from sheep’s milk—and perplexed that many Colorado restaurants were pairing the state’s famous lamb with cheese made from goat’s milk, Seidel decided to start his own sheep dairy. He is one of a very few American cheesemakers to do so: the first sheep’s milk cheese made in the US was produced as part of a research project at the University of Minnesota in 1985; today, there are only about 75 registered sheep dairies in the country. Fruition Farms was the first to stake its claim in Colorado. 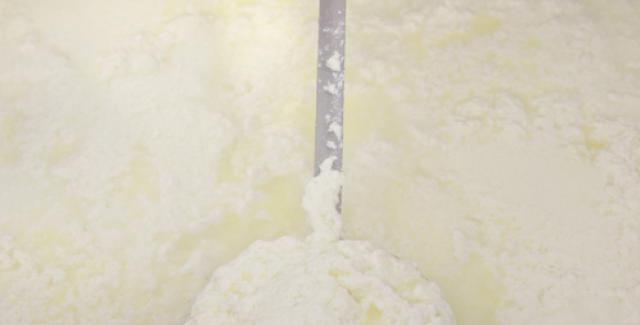 Astonishingly, it’s all self-taught. Ask Seidel how much farming experience he took to Fruition Farms, and he doesn’t mince words: “Zero.” He elaborates, “Everything we’ve done here has been learned on our own, through research and talking to people. We didn’t have anyone coming to teach us how to make cheese.”

For Seidel, it’s about understanding the food on a deeper level. “As a chef, you can cook food and be creative and change your menus seasonally, but if you don’t understand where your product comes from or how it’s produced, you’re just kind of one-dimensional.”
The industrious chef spends three days working at Fruition Farms, followed by three days on the line at Fruition; he calls his venture into farming “a good tool to keep educating myself.” And his staff gets an education, too. All of the Fruition cooks go to the farm one day a week to get experience planting seeds, feeding pigs and milking sheep. “It’s an opportunity that not many cooks in this country get,” Seidel says.

He’s honest about the effort and experimentation that goes into farming in Colorado. “I don’t want to sugarcoat it. We live in the Rocky Mountains, the high desert plain, and not everything grows great here.” Not to mention a lot of dirty work: “Usually when you buy potatoes, you get a box that’s been cleaned and nicely steamed,” Seidel says. “Here, we pull them right out of the ground, covered in dirt.”

But with a little dirt comes a lot of freshness. The crew returning to town from the farm brings freshly harvested produce for the restaurant, and those heading in the opposite direction take food scraps from the kitchen to feed the pigs.

Say you’re one of the lucky hungry to land a reservation at Fruition. You won’t find any plaques posted by the host table or bathroom—just honest, outstanding food in which plainspoken ingredients shine through—which is, for Seidel, what the restaurant biz is really about: satiating those who set foot inside. “We’re doing our thing because this is what we love to do. We love to cook, we love to make people happy,” he says.

And trust us, after a satisfying meal crafted with cheese and vegetables from the farm—concluding, perhaps, with a serving of Fruition Farms Ricotta Cheesecake with Pluot-Ginger Compote—and there’s no doubt: you’ll go home happy.

WE WERE JUST WONDERING…

Do your kids get into farming and food? My daughter’s only one year old, and she can’t even talk yet but she knows all the animal sounds. She sees the sheep and baas at them. My son spends a lot of time down here; he’s four. My Facebook profile picture is us in our beekeeper suits. At preschool, when everyone asks, ‘What’s your favorite food?’ nine times out of 10, he’ll say ‘octopus’ or ‘unagi.’

Three must-have ingredients in your pantry. Go. Salt, because I believe people would make much better food if they seasoned it; shallots, because it’s a nice, sweet component that can flavor a lot of dishes; and vinegar, because acid brightens food. If you have those three, you should be able to make anything taste good.

Favorite Colorado brew?
The guys at the farm brew incredible beer, and it’s probably my favorite. It’s very seasonal; they’ll use pumpkins in the fall and they’re getting ready to harvest the cherry trees to make cherry beer. And they grow their own hops. There are some great Colorado brews, but it goes back to the experience for me—if I can learn from watching the process.

…Will we ever be able to buy a pint of beer at the restaurant? I have dreams of expanding the green-house [at the farm] and putting in commercial and brew kitchens so we could do it legitimately. I just need someone to give me another couple hundred thousand dollars [chuckles].

Making cheese, milking sheep, tending beehives…Do you have a favorite farm activity? I think that changes all the time. I love to do it all. But currently, I like to take a bucket of food scraps from the kitchen and just watch the pigs go to town.

There seems to be quite a bit of momentum surrounding the Colorado food scene. What’s your take? Even though we don’t have the same kind of farm fields as Wisconsin or California, we’re making waves with our markets and fresh food. And even though we’re a landlocked state, the caliber of chefs and the quality of food has gone up. A lot of people are trying to get me to sign up for PR, and all they keep saying is that Denver’s the place that’s being talked about.

This article appears in the August 2011 issue of Colorado Homes and Lifestyles.
Categories: Recipes, Stylemakers