JUST FIVE YEARS AGO, Tami Door and her husband, who were living in Michigan, decided it was time to move. They considered cities all over the world. 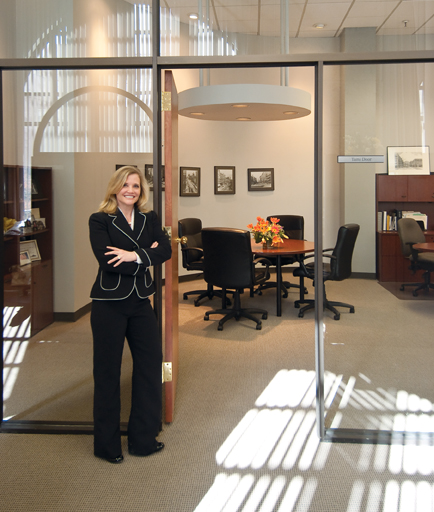 JUST FIVE YEARS AGO, Tami Door and her husband, who were living in Michigan, decided it was time to move. They considered cities all over the world.

“We narrowed it down and decided that Denver was where we wanted to live,” she says. A short while later, Door, who had been Executive Vice-President of the Detroit Regional Chamber, got a call from a recruiter about a job with Downtown Denver Partnership. It was meant to be.

Fast-forward five years. Denver is evolving quickly, and Door is the keeper of the vision for the privately funded, nonprofit business organization that works to make Denver a strong urban center. And strong it is: the city has been in the national spotlight for its strides to put pedestrians first—one of the goals Door is most passionate about—and for its rich history of long-term planning and follow-through. (Door serves on the board for an association of downtown groups from across the globe. She boasts that the Downtown Denver Partnership is a benchmark among city organizations. “Lots of visitors come to learn how we do things downtown.”)

Much of that success is due to the attractions and infrastructure that the city created over the last couple of decades, Door says. “We built the stadium and the convention center; the 16th Street Mall anchors a great regional transit system. The building blocks are there.”

Now Door and her team are tearing into the “2027 Plan,” the city's new Downtown Area Plan. The new framework is a collaboration among Downtown Denver Partnership, the City and County of Denver and about 2,000 people from the public and private sectors. 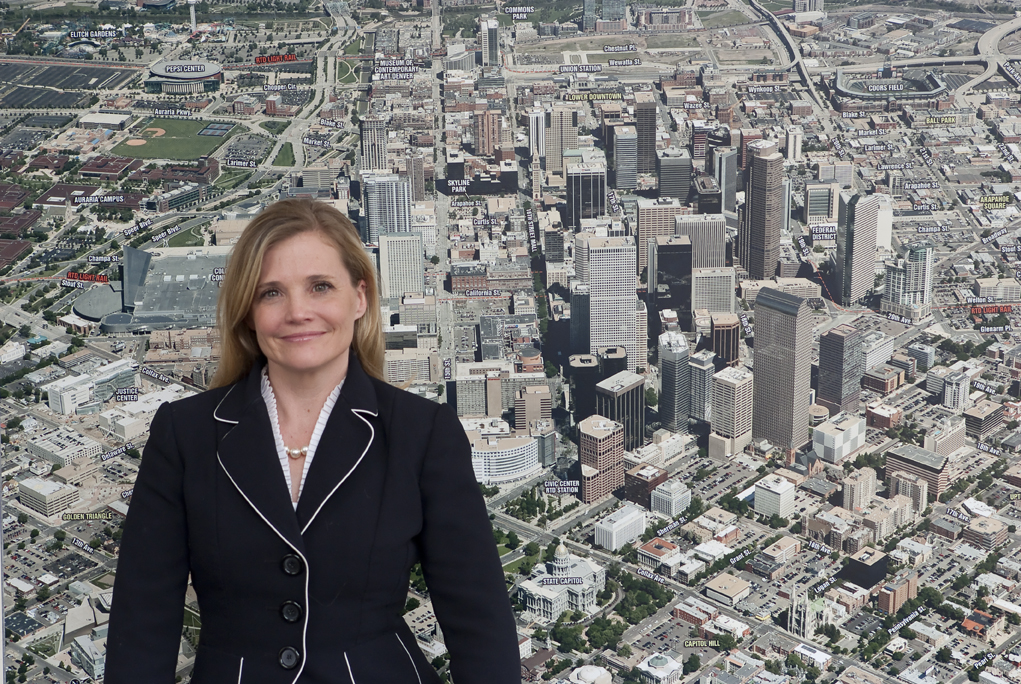 The plan addresses seven transformative projects that encompass the “1,000 little things to be done that will help thread the tapestry of downtown together,” Door says—from “rejuvenating the Civic Center” to “building on transit” and “creating grand boulevards.”

Starting in November, you'll see the first of those “little things” start to happen, when the city starts transforming 14th Street into a premier gateway-street through downtown. New lighting and landscape elements will freshen up the street and create a pedestrian-friendly feel. “Right now there's a lot of great venues ,” Door says, “but not a lot of foot traffic, and so this will provide a platform to create more activity in the pedestrian realm.”

Also stay tuned for revitalization of the 16th Street Mall, the growth of a new neighborhood in the blocks surrounding downtown's Arapahoe Square, a new circulator-bus on 18th street (similar to the 16th Street Mall Ride); and a stronger pedestrian connection between downtown and the Auraria campus. And the city will only continue to become greener and more walkable.

“I'm incredibly passionate about this plan,” Door says, “because it is a clear roadmap for where we're trying to go, but it allows flexibility for us to leverage opportunities or address challenges along the way. That is important for a plan that we're going to be working on for the next two decades.”

One of those challenges—or opportunities, as Door sees it—will be capturing the influx of people relocating to urban centers in coming years, and providing new jobs for them. “We need to continue growing our position as a city that is active seven days a week and that creates a lifestyle that attracts workers and companies.”

In the meantime, Door counts herself “incredibly fortunate” to be living in Denver. You might run into her on the 16th Street Mall (one of her favorite downtown gems) or find her in an après-work meeting at a downtown restaurant. Though her job is focused on place, it revolves around people. “The type of work  we do is successful because we engage a wide variety of organizations and individuals from throughout the community,” she says.

If you're new to town, or just want to fall in love with Denver all over again, catch a glimpse of the city through Door's eyes: “I recommend that when people come to downtown they go to the Museum of Contemporary Art and catch the view from the rooftop, or to the Peaks Lounge at the Hyatt, which is wonderful right when the lights in the city are beginning to come on against the sunset.”