Visit DesignMom.com on any given day, and you’ll see why late last fall, Time Magazine crowned it one of the year’s top 50 websites. It’s a friendly place where the Design Mom, Gabrielle Blair—graphic designer, mother of six children and recent transplant to Denver—writes about all of the ways that design and motherhood intersect.

You’d be surprised at the range of things that fall under that umbrella: hip, modern dollhouses; how she chose her family’s new dining table; a round-up of pretty things for your home and kids that you’d never find on your own; and her thoughts on the Gap logo debacle last fall.

“I’m just filtering motherhood through the design lens,” Blair says. “I think I happened upon this idea at just the right time. We’re in an era when women aren’t just letting life happen. We’re really deliberate about what’s in our homes, how we spend our time, what our children have around them. It’s kind of like curating your life.”

Blair didn’t set out to build a business and a loyal band of followers when she launched Design Mom four years ago. Her fifth child had just been born, and Blair and her husband—whom she affectionately refers to by his full name, “Ben Blair,” whenever he’s mentioned in the blog—were living with their children in New York City. “I had a toddler and a newborn at home, plus three older kids. I knew I couldn’t go back to work,” she says. “But I had postpartum depression after my third baby was born, so I also knew I needed a creative outlet.”

Blair’s sister Jordan had just launched a blog called Oh Happy Day and Blair was enthralled. “It was a pretty picture, a couple of sentences—something I knew I could do in the middle of the night if I had to. A small commitment,” she says with an ironic smile. “I had no idea it would grow into this.” 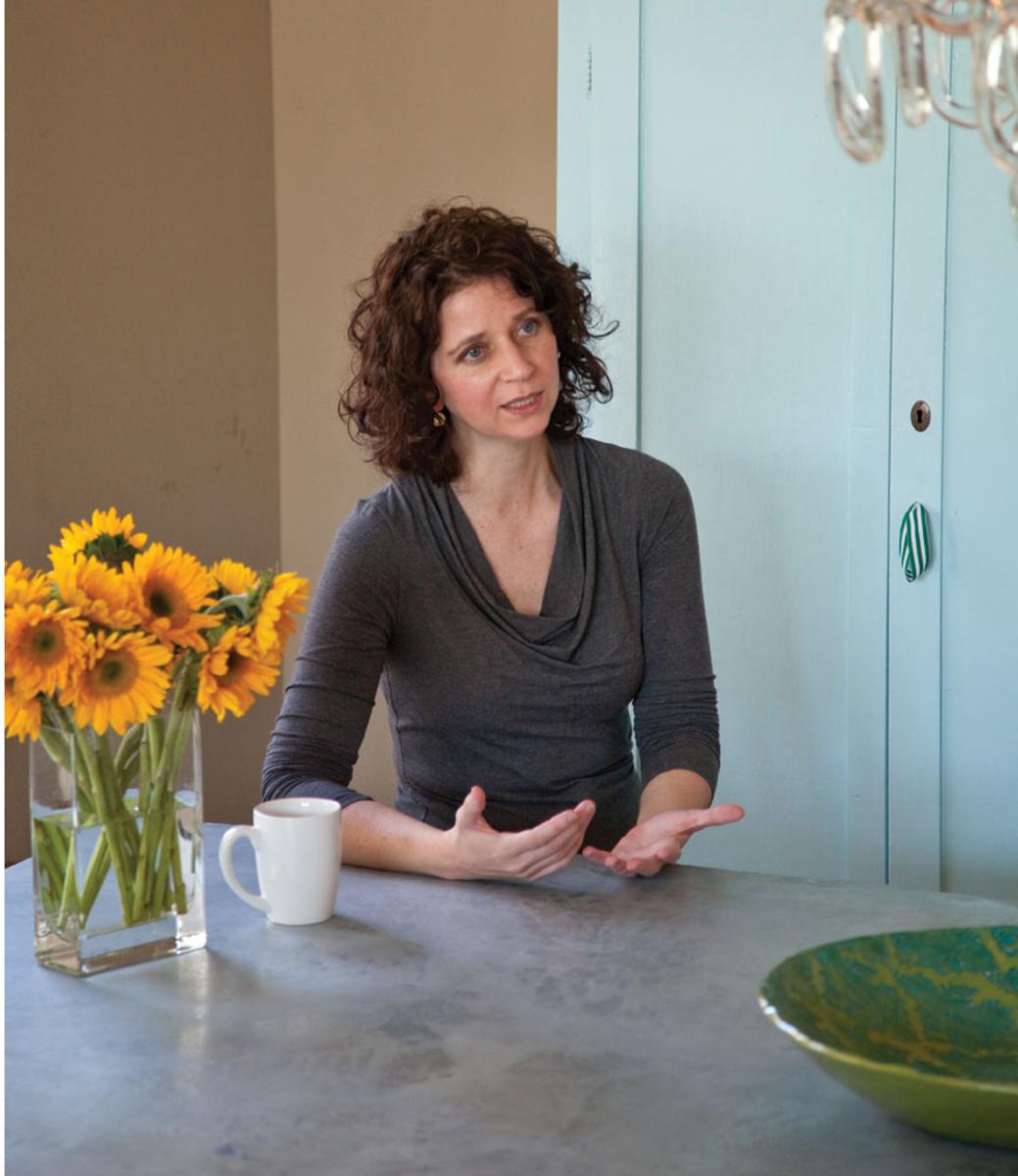 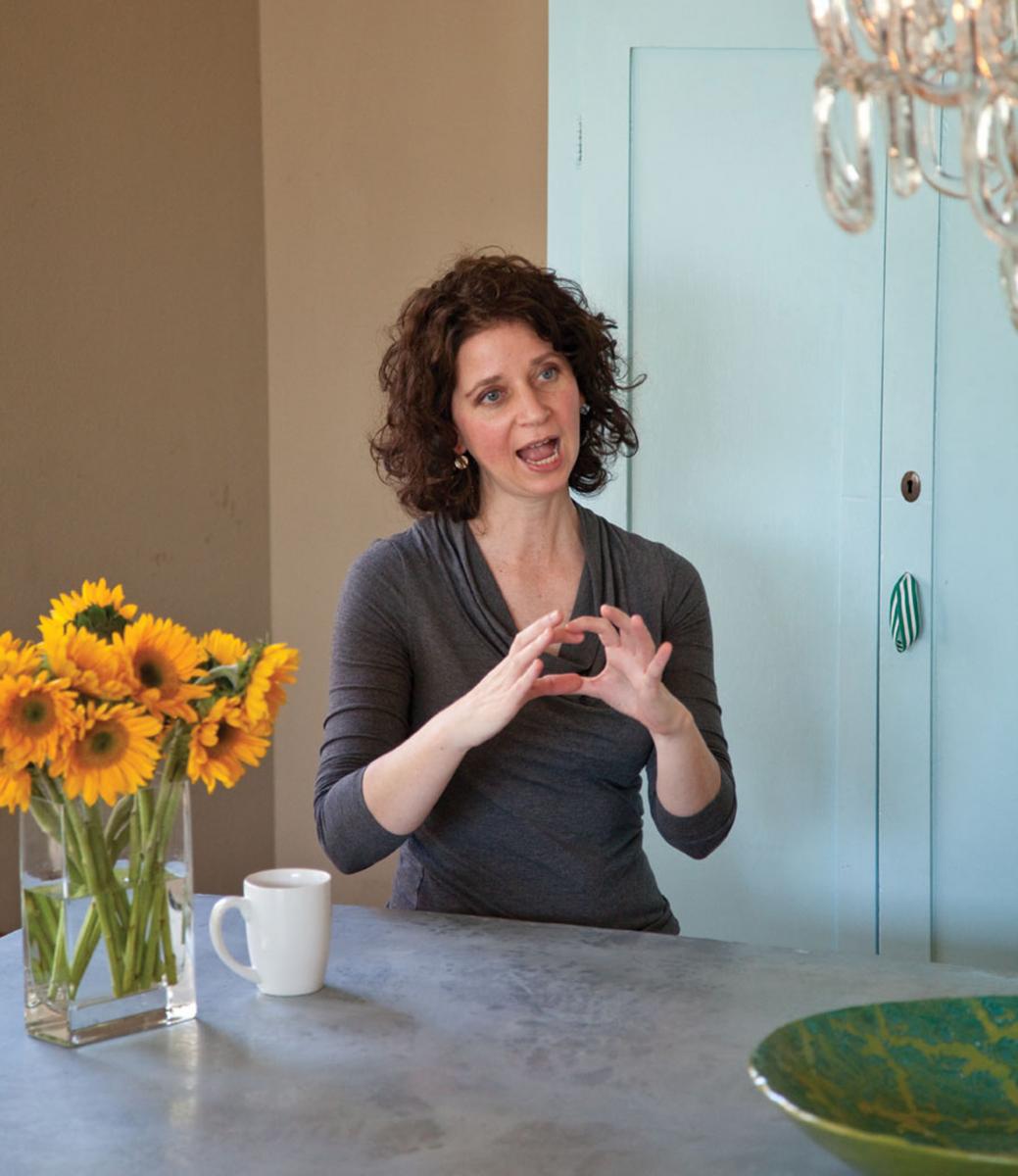 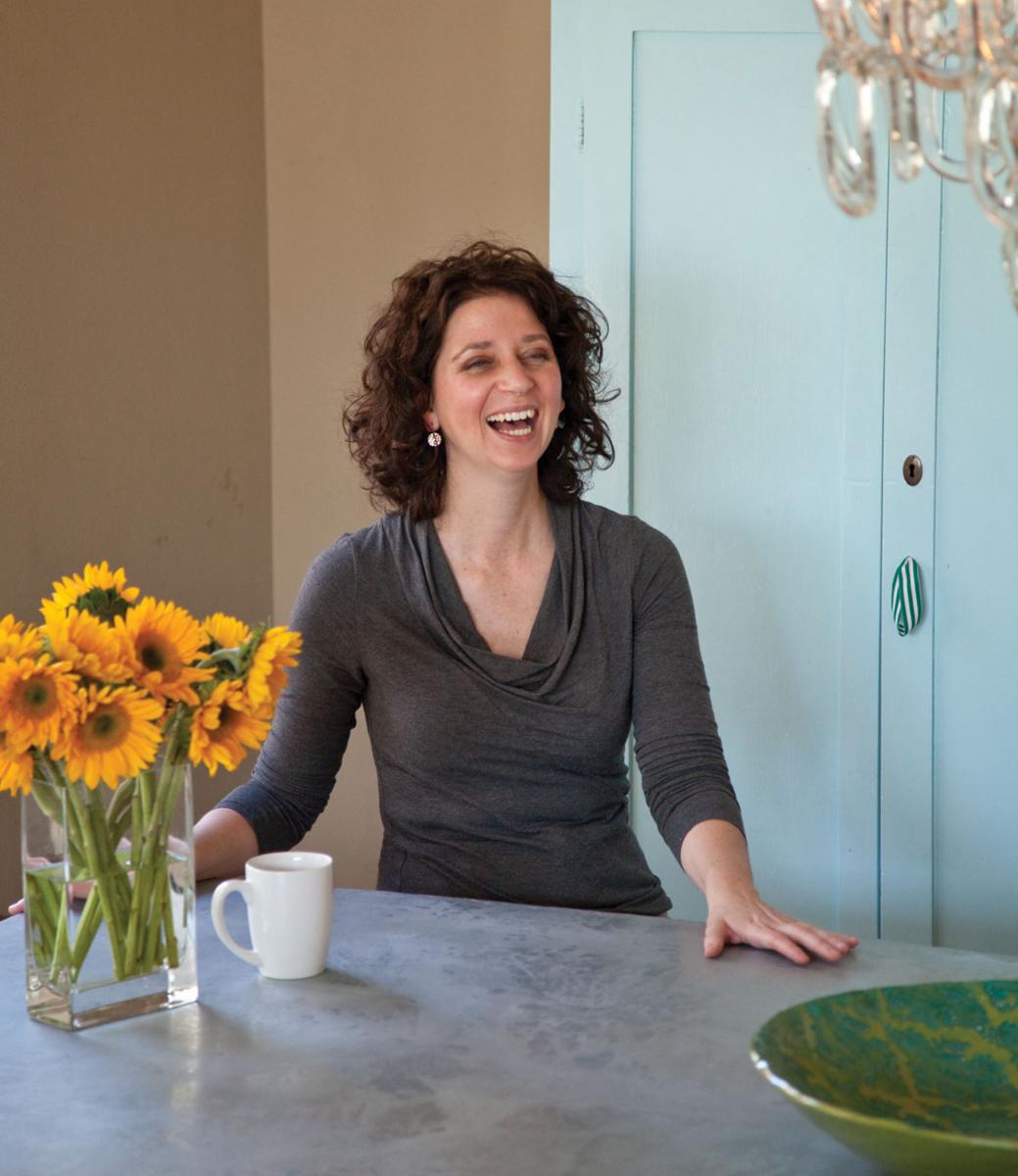 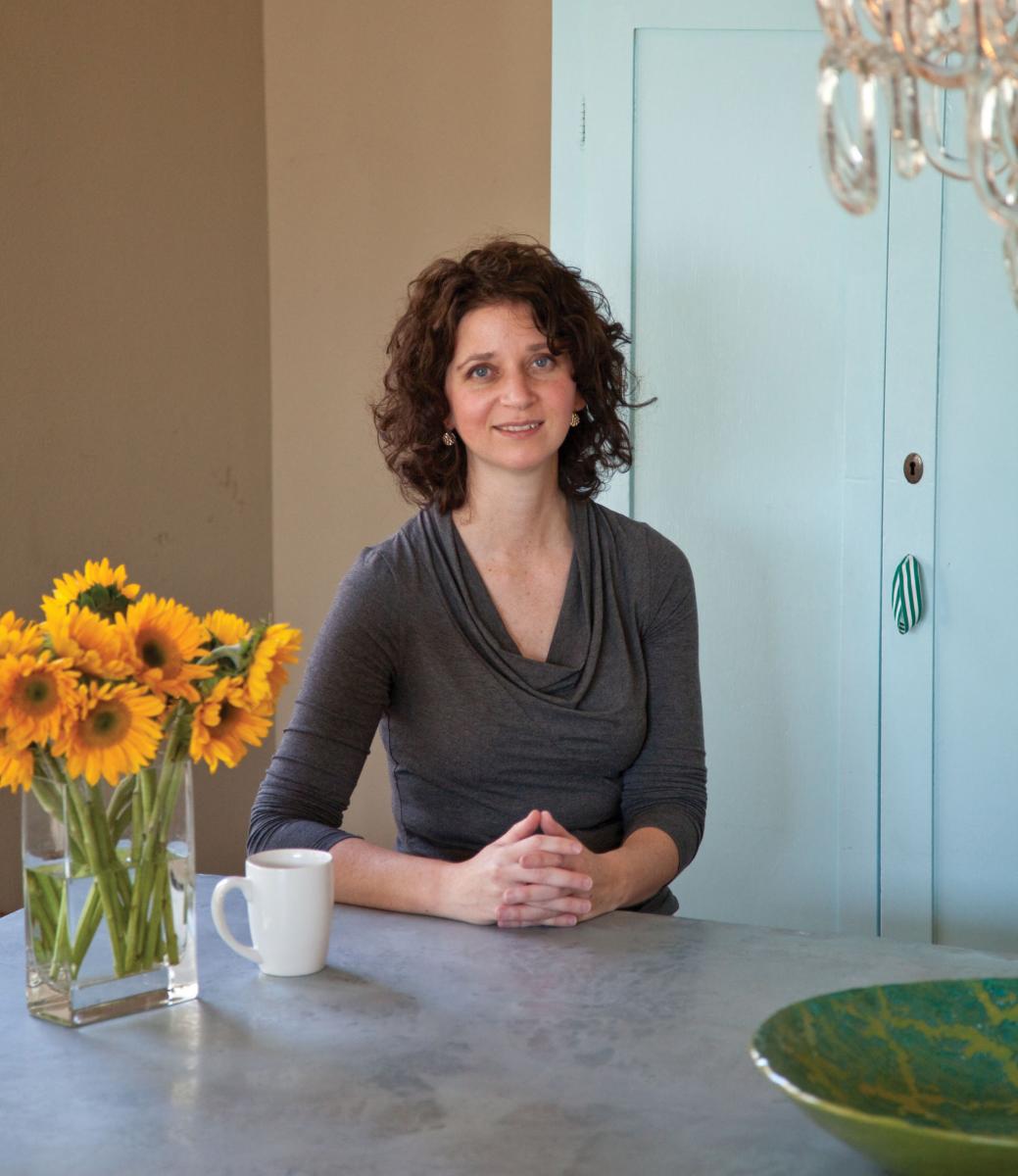 But Blair did think she had a timely idea. She was 31 with five children. “I had already thrown a bunch of birthday parties. I had done the preschool search. I had figured out how to shop for sneakers without the kids so that I didn’t have to buy the Buzz Lightyear shoes,” she laughs. Her peers in the city were just starting their families, and maybe they would want some advice from a seasoned pro about how to save their sanity and keep their style when they became moms. Design Mom delivered.

A bit of an accidental innovator, Blair is one of the blog world’s most influential members. She was among the first personal bloggers to give prizes from sponsors to visitors who left comments. “I was seeing my traffic grow, but I’d only get one or two comments per post. So I thought, ‘If people could get a prize for commenting, it might remove a barrier.’” It’s a practice her readers and advertisers—and bloggers everywhere—now relish.

Blair also dreamed up Kirtsy, a social news website geared toward women. Users submit their favorite web links and stories, and everyone votes on what they like best. The most popular content stays on the front page of the site, and editors ply the mix with their favorites, too. In short, it’s a way for women to share information and resources they like best from the web.

She and two blogger friends founded Kirtsy several years ago after they realized that Digg—a similar site—was tailored for guys. “We thought it would be this little thing,” Blair says. Instead, the first day’s traffic shut down Kirtsy’s servers. Soon, venture capitalists were calling and the trio of mommy bloggers became de facto social-media experts. Kirtsy became far more than just a website: the brand started conferences for bloggers and produced a book about women bloggers’ favorite online finds.

All of this web talk might have turned Blair into a tech geek. But in reality, she’s just a design-devotee-turned-mom, a do-it-yourself superhero who couldn’t find a table she liked for her family of eight when she moved to Denver almost two years ago, so she and a few family members built a sleek, industrial piece and surrounded it with adjustable stools. Then, of course, she blogged about it.

All such ventures are fodder for the blog: the Napoleon Dynamite mural she painted on her oldest son’s bedroom wall—it’s quite hip—and the birth announcements she commissioned an illustrator to create for each of her six kids. Blair has a knack for sharing just the information readers never knew they wanted.

Therein lies her success. Women bond over design. They bond over motherhood. Blair marries the two in a smart, stylish, low-key way that makes us all feel part of the Design Mom club—even if we’re not building dining room tables from scratch.

WE WERE JUST WONDERING:

What are you reading right now? A Year in Provence by Peter Mayle.

What’s on repeat on your iPod? We’re experiencing a musical renaissance in our family. Concerts are so much more accessible here than they were in New York. Right now, we’re listening to a lot of Sufjan Stevens’ Age of Adz, Arcade Fire, Katie Herzig—she’s awesome—and Vampire Weekend. And I’m never sick of the Killers.

Favorite designer? I have two. William Morris, for his brilliant take on form and function, and Louise Fili, whose firm in New York designs signage and menus for restaurants, labels for food—that sort of work. I adore it.
Favorite design era? Mid-century modern. There are so many great specimens here that come from the period. I wonder if I’ll like it in 30 years—or if I’ll ever find a mid-century home big enough for a family of eight.

Favorite indulgence? Crab cakes at Oceanaire and banana cream pie at Tarbell’s [in Centennial]. Is it bad that I can’t choose just one?

Inspiration of late? When I see my children learn something new.

If you could buy one thing for your home, what would it be? I don’t know. We’re very practical. We try so hard not to keep things in the house that are too precious. There will be time for that, but right now, the kids are the precious things.

This article appears in the November-December 2010 issue of Colorado Homes and Lifestyles.
Categories: Furniture & Accessories, Stylemakers