Through her recent foray into self-portraiture, the Denver artist embraces the perfectly imperfect 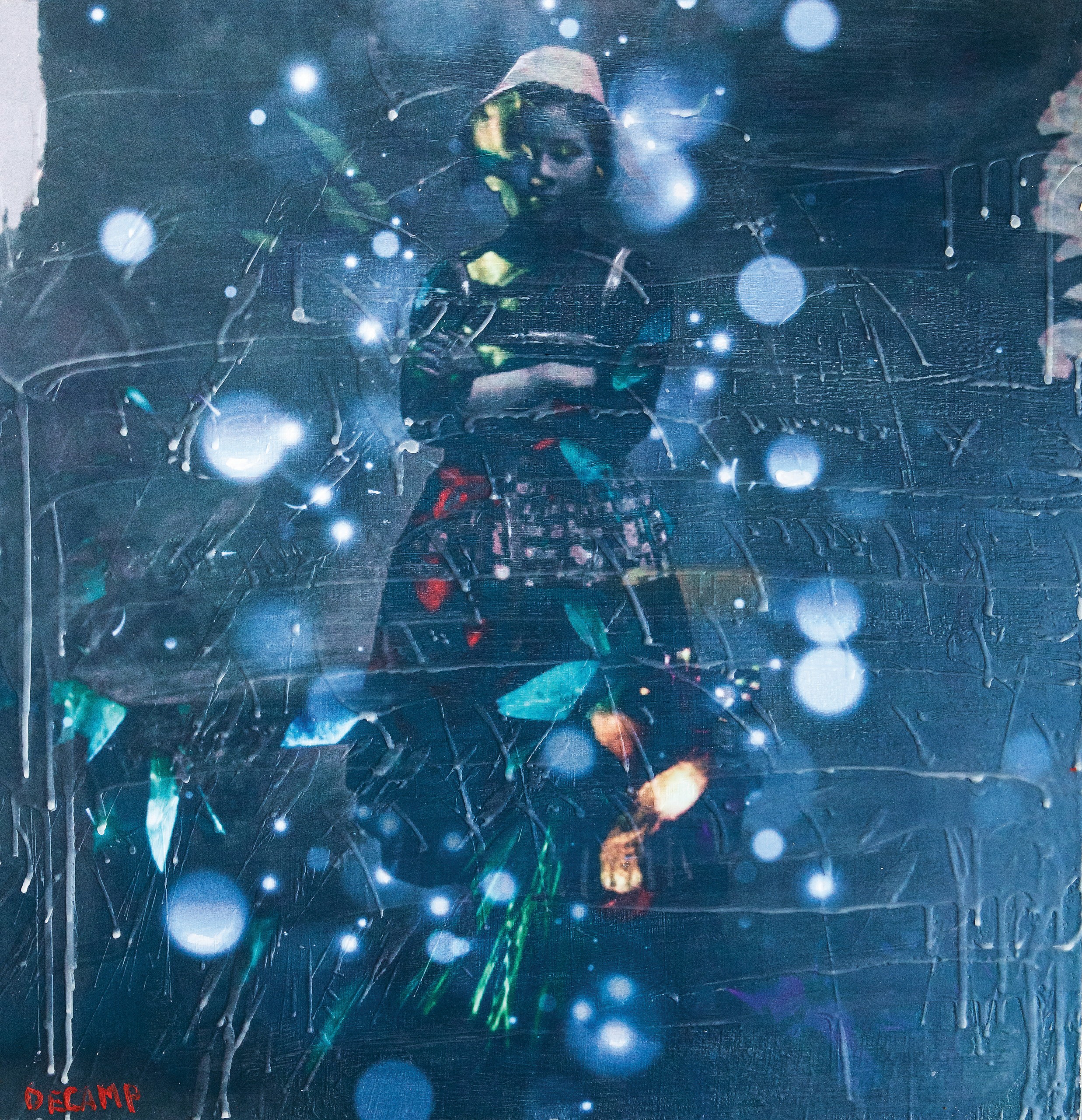 “It is a very interesting thing to look at yourself not as how you wish you were, but really how you are,” says artist Annie Decamp from her Denver studio over an iPhone Zoom call. She’s talking about painting self-portraits, which has been her latest artistic idée fixe, and holding the phone close to her face. Her thick black glasses are taking up most of the frame, and she wears her hair pulled back in a low ponytail, a gray sweatshirt, and a tangle of gold necklaces, from one of which dangles a pendant of a skull. 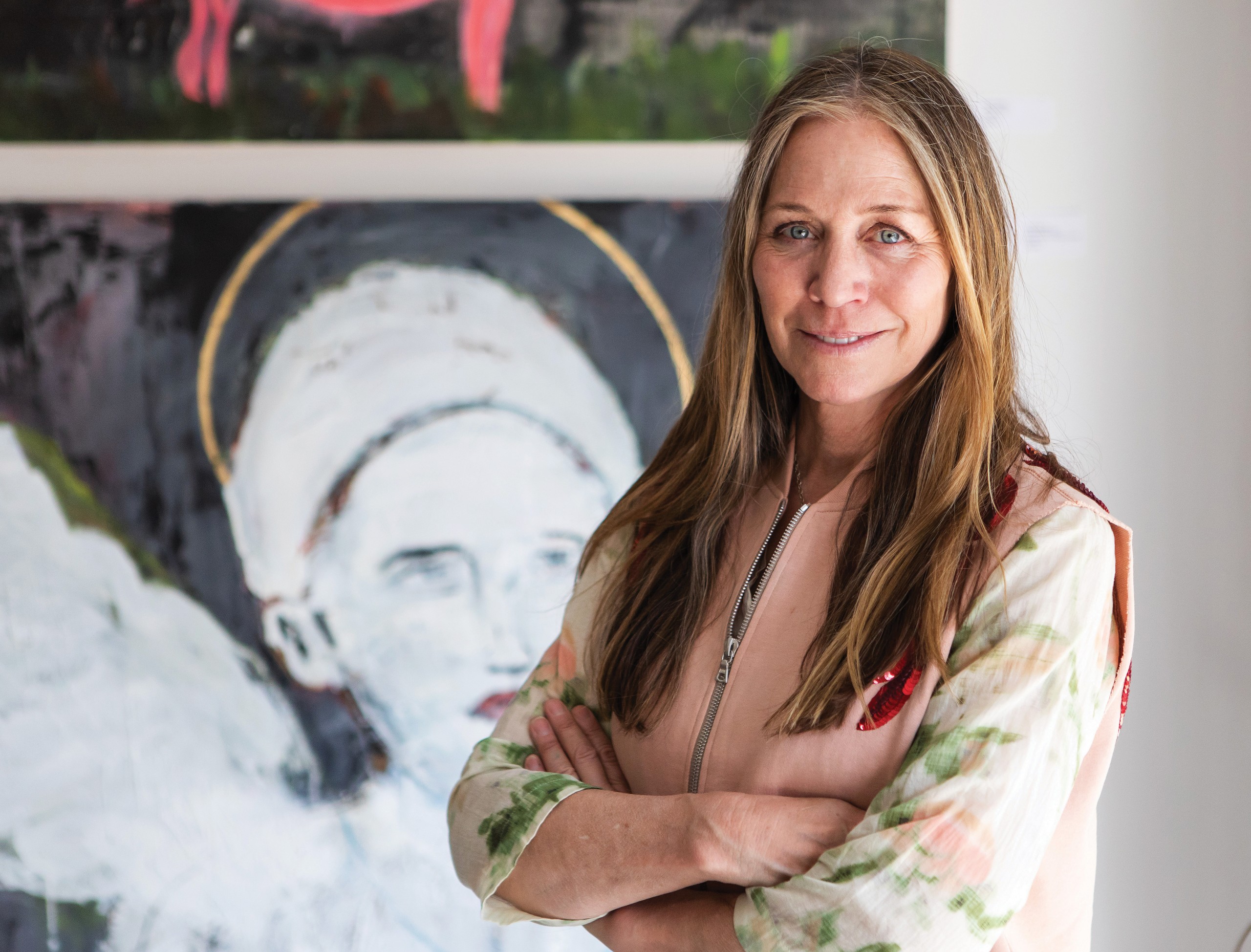 She’s been painting these self-portraits in the style of the genre’s master, Vincent Van Gogh, recreating his work and inserting herself in the foreground. (Some of them feature another self-portrait hanging on a background wall, a little mirror game Van Gogh liked to play.) Her current favorite depicts her face on Van Gogh’s body; it’s both strikingly familiar and wildly unique.

But mostly her new work (including her recent paintings of actress Betty White and a bear) is hugely fun—a big departure from the haunting and sometimes melancholy historical portraits for which she’s best known. Then again, big departures are kind of Decamp’s thing. 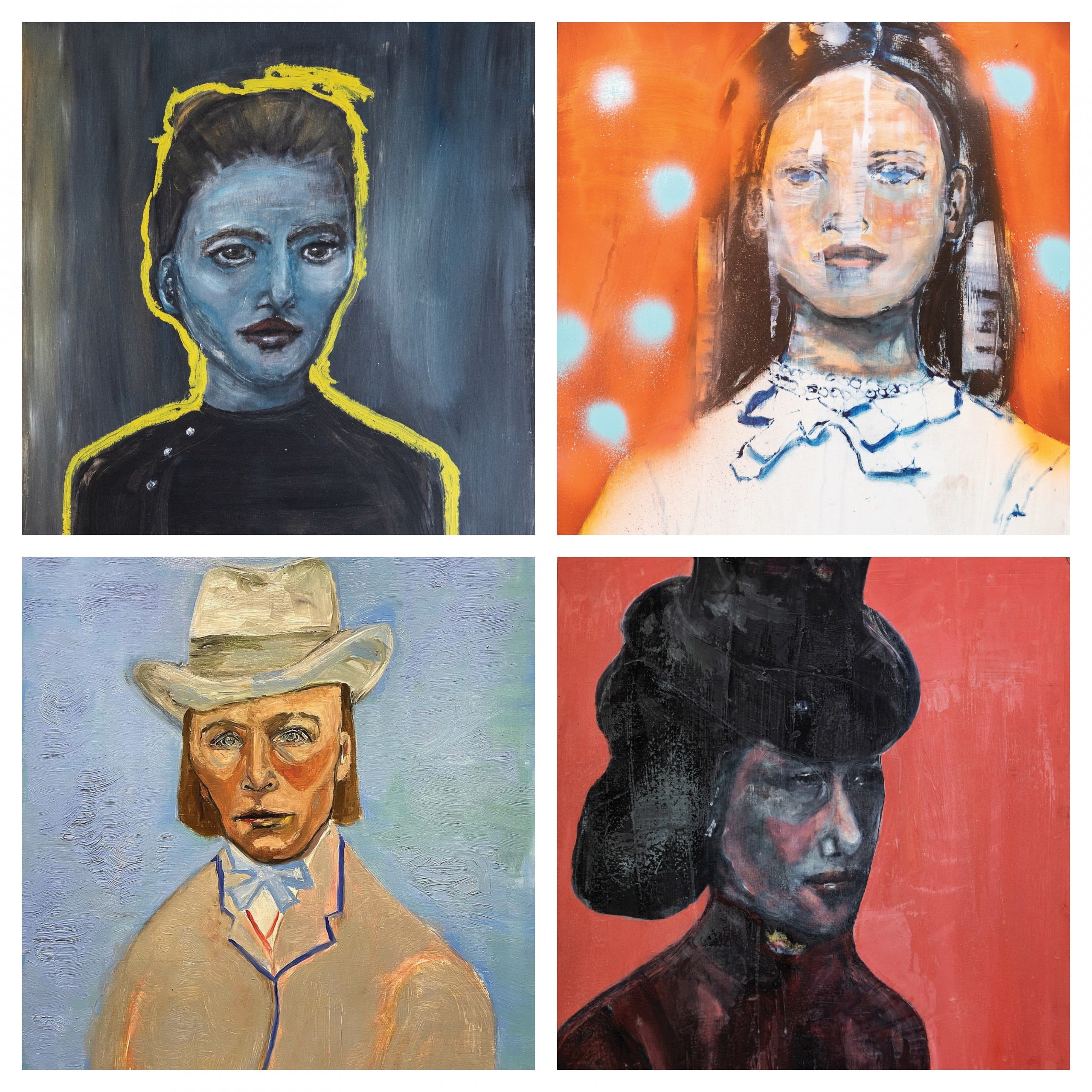 The wheels for her continuous creative turnover may have started spinning during her adventurous upbringing. She was born in Denver, moved to a Native American reservation where her father worked as a doctor, and then moved to Palo Alto, California. “Those places could not have been further apart, culture-wise,” she says, laughing.

As an adult, she got married, had two kids, and worked in technology, including a stint in website development at Francis Coppola’s winery in Rutherford, California. It was during her frequent drives from her then-home in Berkley to Napa that she felt the lush, rolling landscape stirring the artist inside her—and shortly thereafter she began painting and selling her own jewelry. “That really woke something up inside of me. At that time, it was coming toward the end of my marriage, and there was a lot of change happening inside of me and around me.” 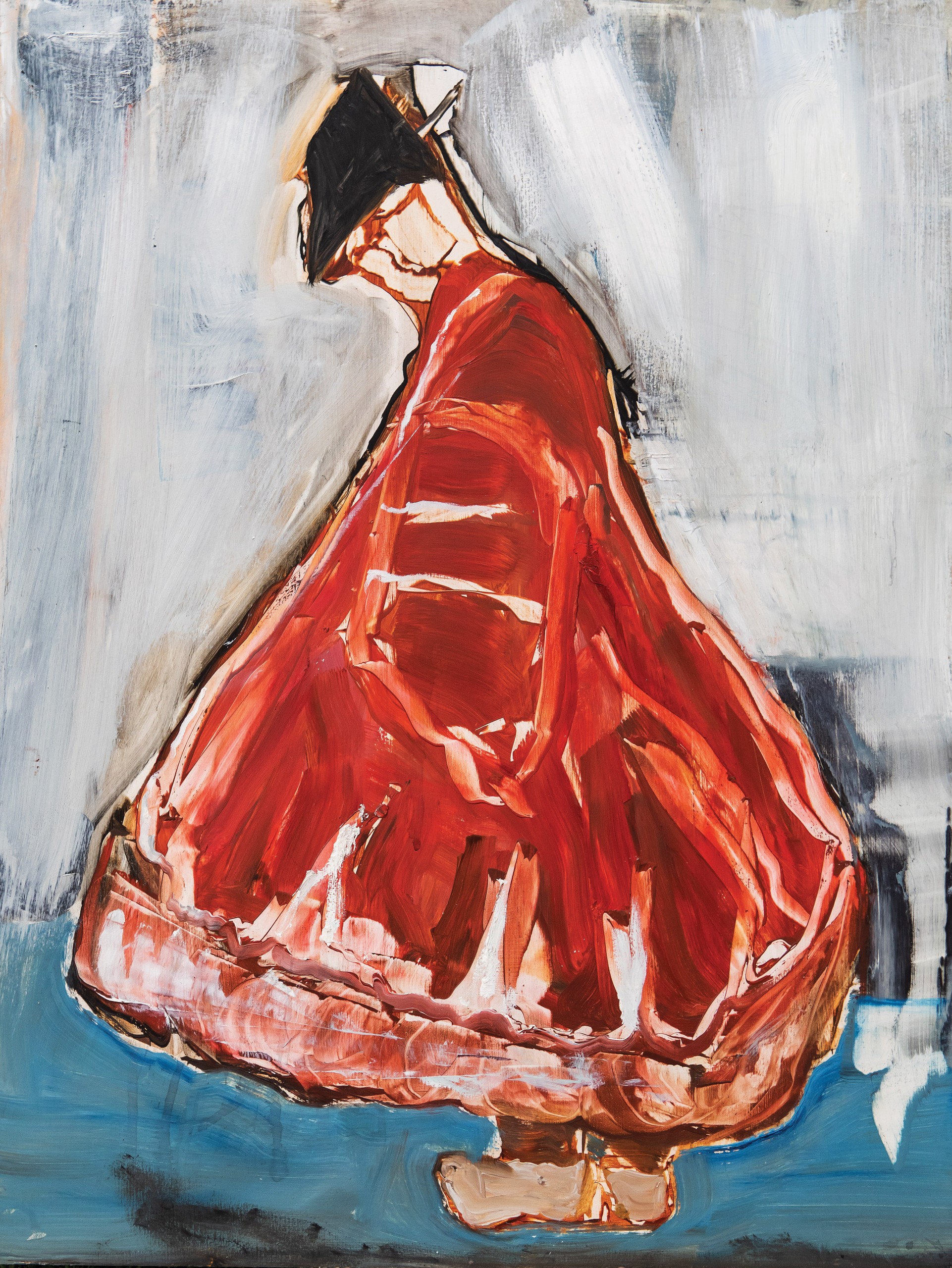 Then came the crash of 2008, and it took eight years for her to find her way back to art. This time, she began experimenting with portraiture using encaustic, which blends beeswax with resin that acts as a hardening agent and pigment. “It gives a relief that brings more life in the image,” she says. Her portraits from this period borrow familiar images of Native Americans and historical figures, but the vivid colors and textures of the encaustic are so fresh and modern that they breed entirely new interpretations and connections. Again—strikingly familiar yet wildly unique. 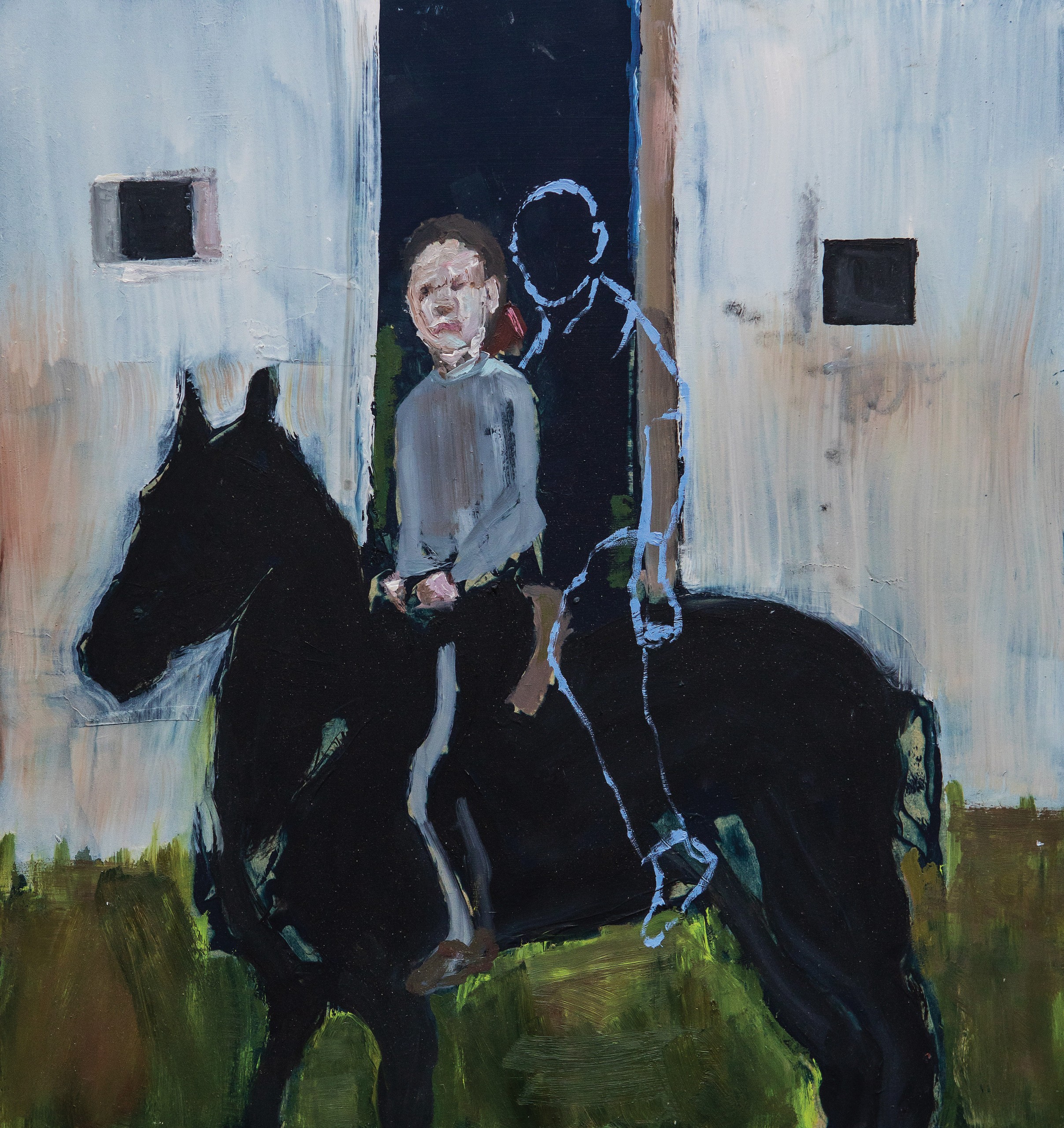 During every phase of her art, Decamp grows as an artist and a person, and her recent evolution through self-portraiture has been profound. She has become more comfortable with her flawed and authentic self. “A lot of honesty has to happen when you do self-portrait,” she says, laughing. “I have had to let go of whether people see me as pretty or not, because I would rather have them see me as how I am. There is beauty there,” she says, holding the camera up even closer to her face. “And then to just put it out there, well, it feels brave.”

To learn about Decamp’s open studios or book a private visit, email annie@anniedecampart.com. You can also see her work on her Instagram, @anniedecampart.