Chingón is a Mexican term that roughly translates to “someone who is super cool and can do things well,” and it’s no coincidence that Denver restaurateur Troy Guard comes to mind. When the chef opened his flagship TAG restaurant in Larimer Square in 2009, he was just getting started. Since then, he’s added many foodie hot spots to his portfolio, including Guard & Grace, two locations of Babu, TAG Burger Bar, Mister Tuna, #Hashtag, three locations of Los Chingones, and the latest F n G.

In late 2015, Los Chingones opened its second location, a 3,430-square-foot Mexican-concept eatery right off I-25 and Belleview—and its design, too, lives up to its name.

When creating the second installment of Chef Guard’s upscale taqueria, the design team’s task was to create a historic ambiance that harkens the original location—an 1890s-era brick building in downtown Denver— while at the same time adapting to a much different vessel, a core-and-shell space in a mixed-use development building. The result is an integrated juxtaposition of contradictions—old and new, polished and gritty—which was a key driver in the design’s ability to respond to this primary challenge.

Cool, well-worn style inspiration was pulled not only from its title but also from the restaurant’s creative menu (which includes items like the Badass Queso and Silk Pajamas Marg). While Los Chingones doesn’t claim that its Mexican food is “authentic,” it does claim to be delicious, and so is the overall experience. Materials and textures like concrete, stainless steel, vintage wood accents, and pops of colorful art instantly transport diners south of the border. 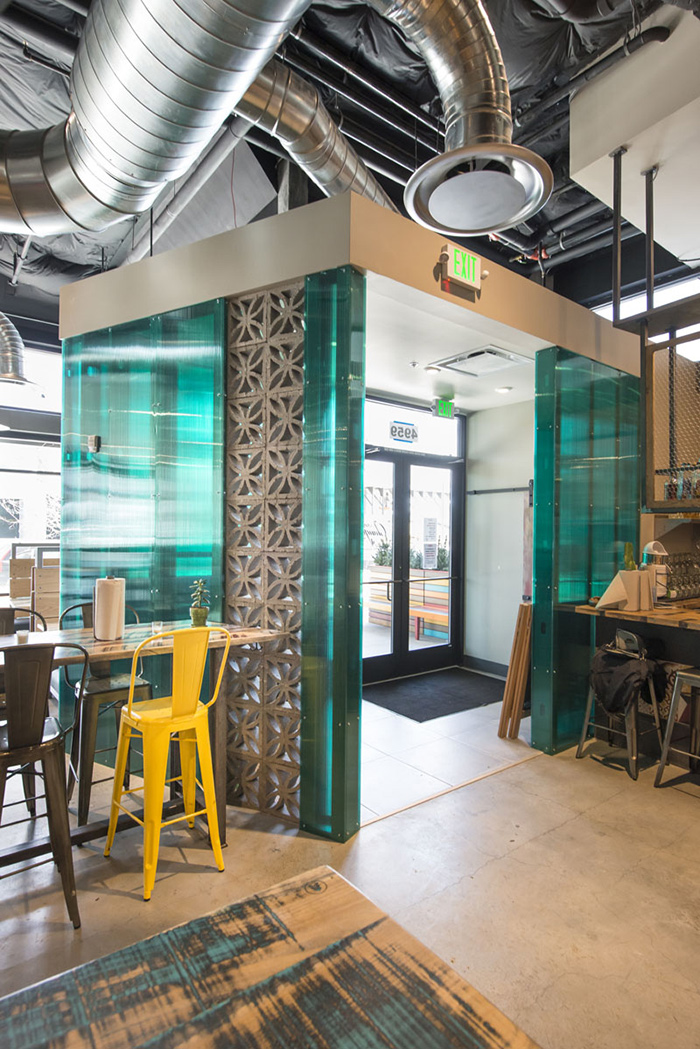 The entry vestibule combines concrete blocks and Lexan panels (typically an unseen building material) to create a splash of color and texture immediately upon arrival. 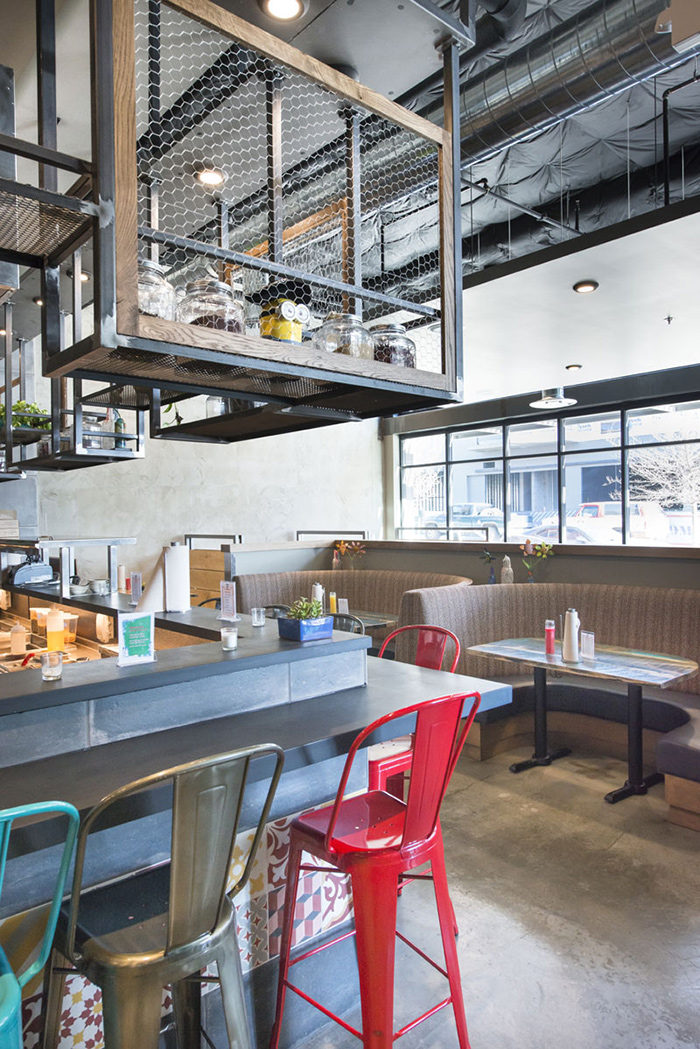 The concrete floors were treated with an acid wash to give them a “many years of use” feel, while a hand-trawled concrete finish was applied to drywall surfaces, adding depth of character. 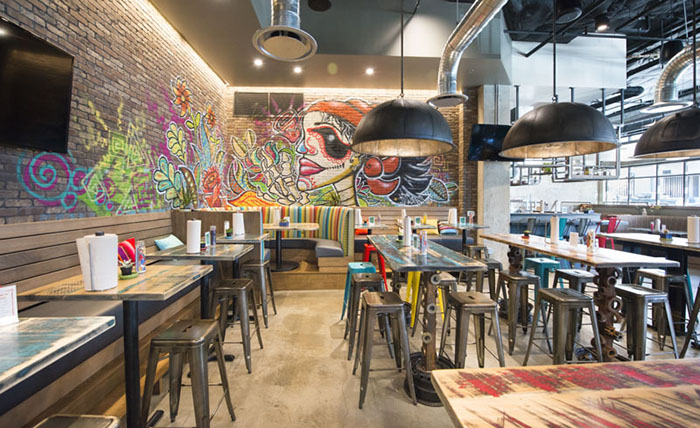 Inspired by Mexican street art, a vivid mural painted by Denver artist Mizu upon worn (but new) brick walls recaptures the Day of the Dead theme. 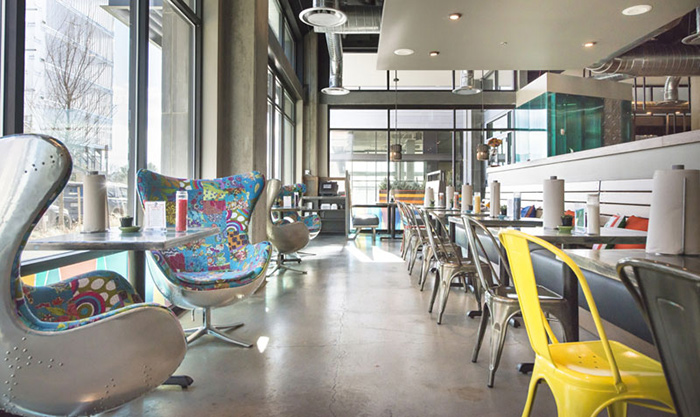 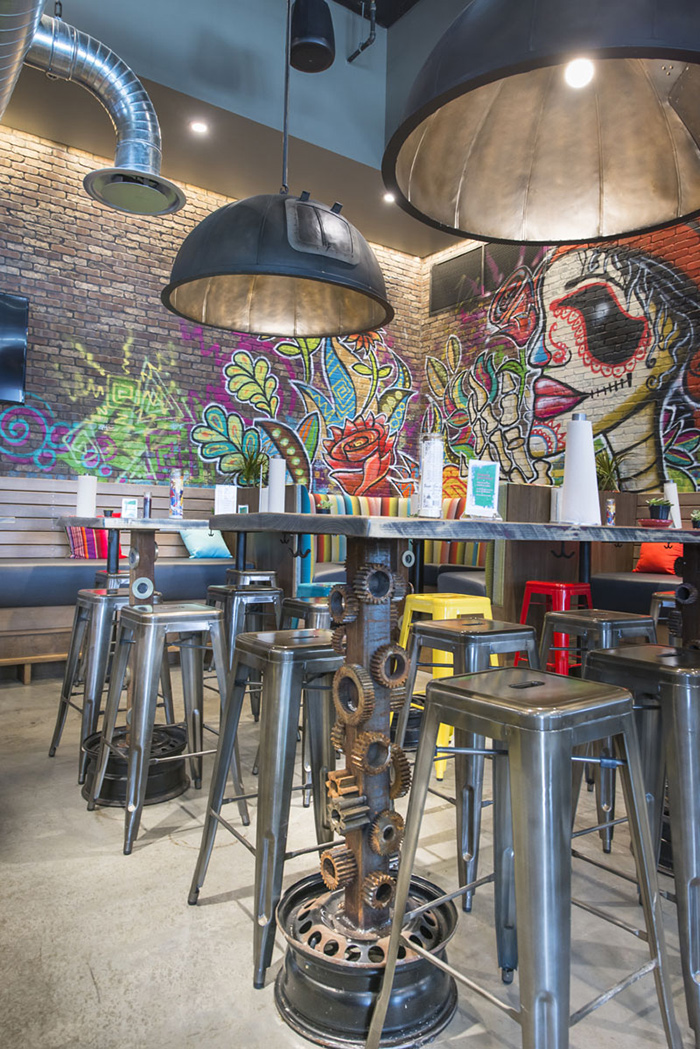 Kimberly Timmons-Beutner is the principal interior designer of Kimberly Timmons Interiors (KTI), a brain trust of motivated, talented designers with a collaborative, versatile approach to delivering top-quality design that is always unique. View their profile or contact Kimberly at 303.904.8244.

Content for this article provided by Kimberly Timmons Interiors.