A Modern Victorian in Crested Butte 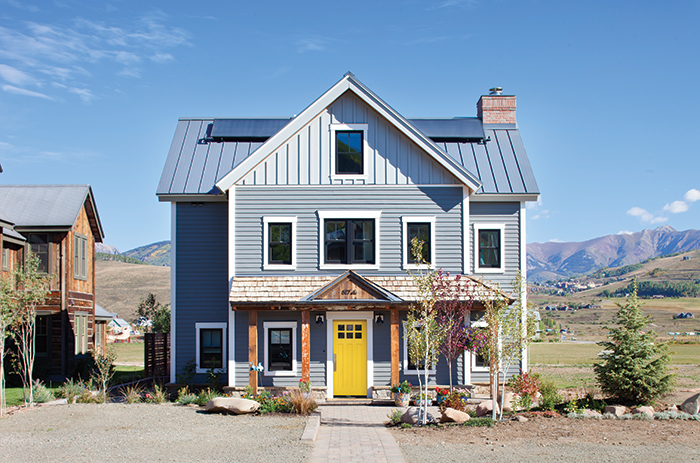 How do you fit a family of six—including four active boys, ages 6 to 13—plus a home office into a limited footprint? That was the challenge facing Jeremy Goddard and Catherine Price when they decided to build a year-round home in historic downtown Crested Butte.

The couple turned to local husband-and-wife design team Jim and Karen Barney of Freestyle Architects. To create enough room for the family under Crested Butte’s strict building codes, they came up with the idea of sinking the main floor 18 inches below grade; that gave them the ability to maximize the third floor, which holds two bedrooms, a full bath and an office/media room.

“We wanted the kids to each have a bedroom so they could have a place to go to on their own—and to confine the mess,” says Price. The third floor also houses Goddard’s office (he works from home in the oil and gas industry) and a media room, where the family can gather to listen to music, watch TV, and play Xbox.

“We really did think about utilizing every part of the house and not having any wasted space,” says Goddard. Cleverest (and, with so many kids, perhaps most useful) of all may be the laundry chute, which extends all the way from the third-floor bathroom through the second-floor kids’ bath on down to the laundry room.

In terms of design aesthetic, “a lot of the houses in town have a Victorian, turn-of-the-last-century feel,” Price says, “but we designed our home to look as modern as possible—not fussy. We wanted the downstairs to be open, so the family could operate as one unit.” 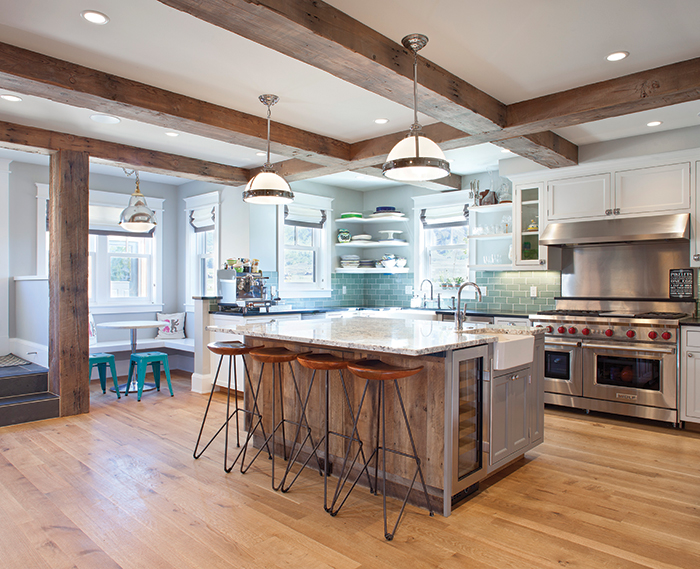 In the kitchen, Price and Goddard chose a six-burner Wolf range. “We wanted something that had a big capacity to feed the masses when the kids have their friends over,” says Goddard. They added lots of seating, too, both at the island (topped in Super White granite, from The Stone Collection in Denver) and in the breakfast nook, where the boys often do their homework. The floors are quartersawn white oak; Price found the Clemson pendant lamps at Restoration Hardware. 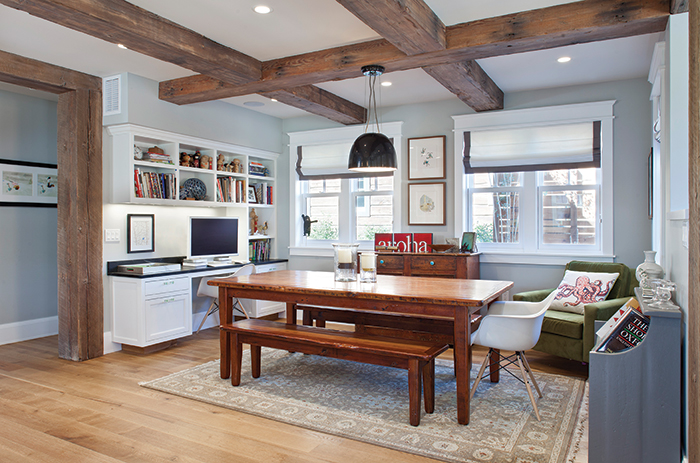 The kitchen opens up to the dining room where the family eats most dinners (the dining table came from Hawkins Furniture in Texas). Architect Jim Barney’s brother Paul, of Beckwith Builders, was the general contractor, and their brother John, of Raven Woodcraft, did all the cabinetry, including the built-in bookcases on the far wall, which also houses Price’s desk area.

Rugged leather sofas surround the wood-burning fireplace (Renaissance Fireplaces’ Rumford model), which is super energy-efficient and puts out a lot of heat. Price, who is from New Zealand, likes to collect art from Down Under: The painting at left is by Australian artist Poh Ling Yeow; the ballerina is by another Aussie, Dayle Bolton. 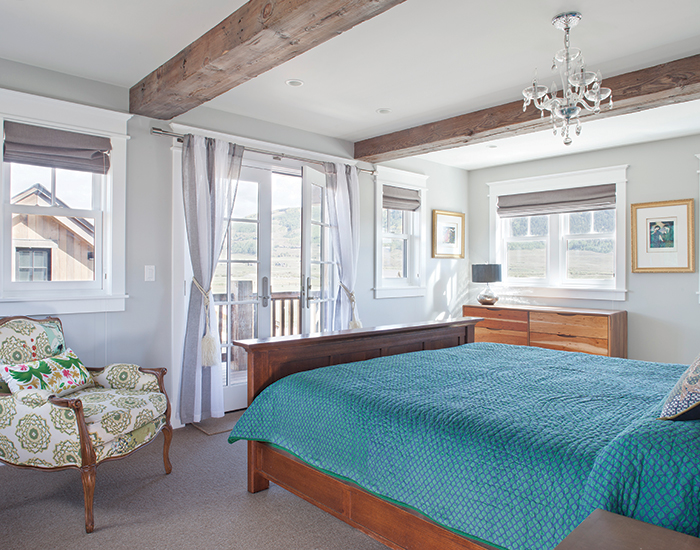 The second-floor master bedroom has views north and east toward Mount Crested Butte and Paradise Divide. Like most of the rooms, this one is painted Benjamin Moore’s muted Stonington Gray. The rough-sawn ceiling beams, made of reclaimed wood from AM Salvage in Gunnison, are decorative but add a rustic element to the room’s otherwise clean lines. 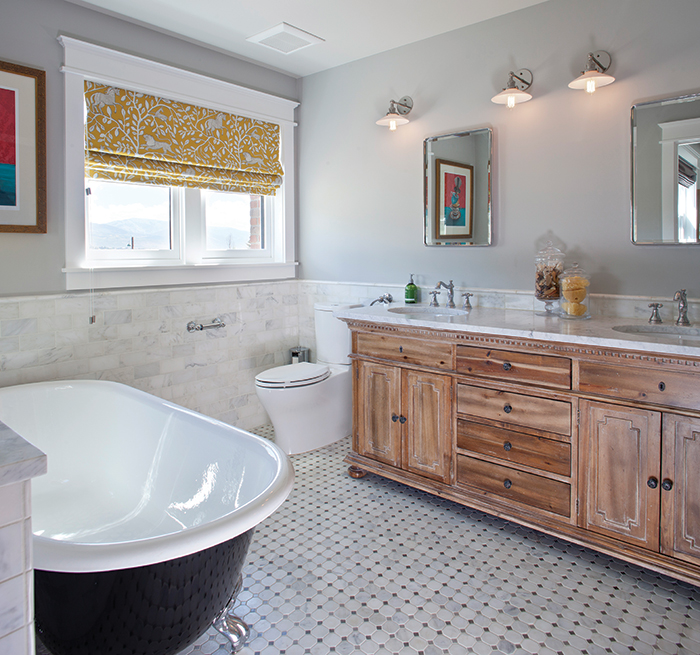 “We love the look of marble, but it’s not durable enough for the kitchen, so we used it on the floors and walls up here,” says Goddard. The claw-footed tub by Sunrise adds a Victorian touch; the wooden vanity is from Restoration Hardware, and the Roman shade is from The Shade Store.