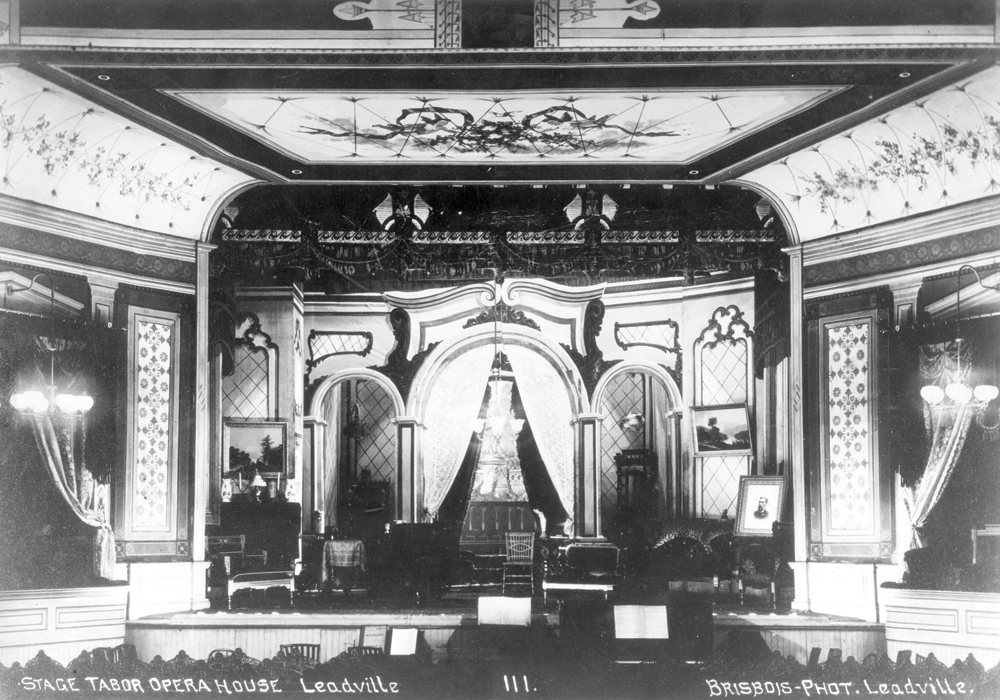 It only took 100 days to build Leadville’s iconic Tabor Opera House, but its fame has now lasted well over 100 years. The history of this remarkable performance venue is tied up with the legacy of Horace and Baby Doe Tabor, two of Colorado’s most famous and fascinating historical characters—whose tangled and tragic boom-and-bust story has itself inspired a successful opera, “The Ballad of Baby Doe.”

In the 1870s, Horace Austin Warner Tabor was a grocer, postmaster and the first mayor of Leadville, the highest incorporated town in America, at 10,152 feet elevation. Tabor’s silver mine investments coincided with the great Colorado Silver Boom and turned him into a multi-millionaire. In 1879 the civic-minded “Silver King” financed the building of the Tabor Opera House for the citizens of Leadville, whose population swelled to a high of 30,000 in its heyday.

The magnificent three-story stone, brick and iron opera house was built to last, with 16-inch-thick, solid-brick walls. Because the required construction materials were not available in Leadville, Tabor directed workers to haul them up over Mosquito Pass by wagon. The first floor of the building was devoted to retail spaces, the second floor housed the theater, and the third floor, supported by the theater’s 60-foot-long timber roof trusses, was divided into 25 rooms belonging to the adjacent Clarendon Hotel. The new Tabor Opera House was lauded as “the most perfect place of amusement between Chicago or St. Louis and San Francisco.”

The interior of the theater was a marvel, with 72 jets of gaslight illuminating richly painted walls, a frescoed ceiling, carpets and curtains in dazzling colors. Audiences in the remote mountain community settled into plush red velvet seats to witness some of the era’s finest entertainers and speakers, including Oscar Wilde, Harry Houdini, John Philip Sousa and Sarah Bernhardt.

Despite roof improvements made possible by State Historical Fund Grants, the Tabor Opera House is currently for sale and in need of rehabilitation. Until a savior steps onto the stage to purchase the fine old theater, the Tabor Opera House Preservation Foundation is gathering donations to further renovations and upkeep. And the show still goes on: 2014 events and information at taboroperahouse.net.

This article appears in the May 2014 issue of Colorado Homes and Lifestyles.
Categories: Colorado Destinations