We may have used the word “storybook” a few times when we first wrote about Tieghan Gerard back in 2015. You can’t blame us. The self-taught chef behind the popular Half Baked Harvest cooking blog is the fourth of seven children, and she cooks, photographs and writes from her home in Colorado, an idyllic renovated barn just down the hill from her folks’ house, surrounded by family, mountains, goats and chickens. Now, after three years of hard work, she’s transformed her story into an actual book, a cookbook that gives the reader a window into Gerard’s life and inspirations, along with more than 100 brand-new recipes. 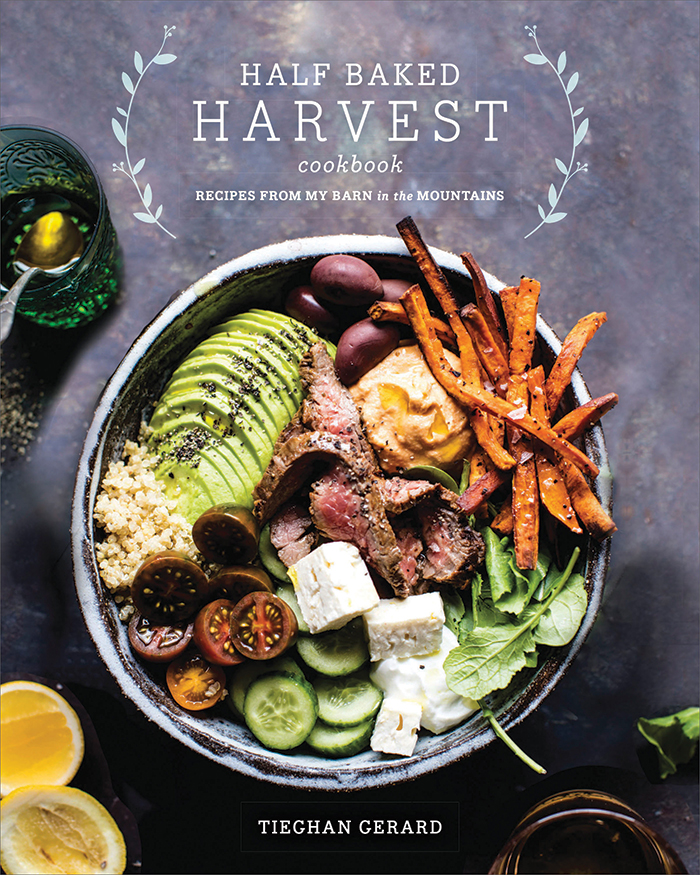 “Well, there were more than 200 recipes to start,” laughs Gerard. How did she narrow down the list? “If you asked my editor, she’d say, ‘You don’t even want to ask her that question!’ It was probably the toughest part of the process. I love every recipe, and I had a reason to keep every one. Fortunately, my editor was really good about saying, ‘Well, you have lots of pasta; let’s go with the chicken.’ I trusted her completely. She’s done it so many times, and I’ve done it once. Together, we whittled it down to our favorite 125, and from there we narrowed down to the best of the best. Then we had to cut a few more because I really wanted a photo with each recipe.”

The photos, all taken by Gerard, are jewel-toned and lovely, completely in keeping with her cooking philosophy: “Be bright, beautiful and positively cozy.” Gerard has the exuberance of a young, confident chef (she’s been cooking for her family since she was 15) unencumbered by foodie rules and attitudes. She is entirely focused on delicious. She can do contemporary and sophisticated (in dishes like Spring Pea and Mint Risotto), but she’s not above including a crispy lid of buttery Ritz Crackers on her 4 Cheese Mac ’n’ Cheese, and she won’t try to fancy up the base of her mom’s best friend’s pasta recipe, Mrs. Mooney’s Penne, which calls for two jars of Newman’s Own marinara. (“It has to be Newman’s. No arguing.”) 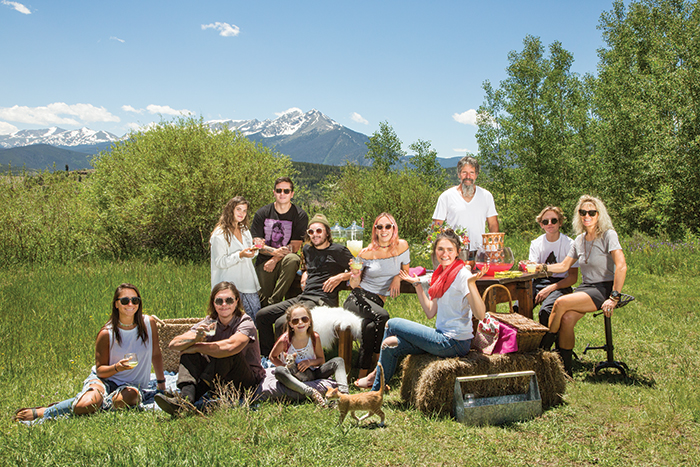 Gerard’s gift is making you feel like you’re cooking along with a fun friend who understands that time is limited and, yes, you need to get dinner on the table, but who can always come up with something just a bit more tasty, a bit more unusual, a bit more festive—particularly when it comes to desserts. Gerard comes from a family that loves a good dessert, and she’s the queen of over-the-top confections like the Bonfire Brownie Bar, a kid’s (OK, and grown-up’s) dream of graham crackers, coffee, cocoa, smoked almonds, pretzels and Hershey’s bars, topped off with toasted marshmallow.

“Gerard’s gift is making you feel like you’re cooking along with a fun friend who understands that time is limited and, yes, you need to get dinner on the table.”

Gerard dedicated Half Baked Harvest Cookbook: Recipes From My Barn in the Mountains to her family. Although she does all the recipe development and photography and all the cooking, cooking, cooking, “I am not a sole proprietor,” she says. “I couldn’t have done all this without my family.” Her mom is her business manager, her younger brother runs her Pinterest account and films her videos, her kid sister keeps her company and serves as studio model, and her dad still comes down the hill at the end of the day to lend a hand cleaning up the kitchen.

Life has been a little crazy these past few years between running the blog (2.5 million fans each month depend on it) and working on the book, but she relishes hard work. “It’s been a steep learning curve, but I’ve learned a ton, and I’m really happy with this book.” In fact, she reports that the whole process has been an unexpected gift to a former self-described tightly wound type A. “I really feel that the busier I’ve become, the more I’ve learned to just go with things, to try new things, to just relax,” says Gerard. 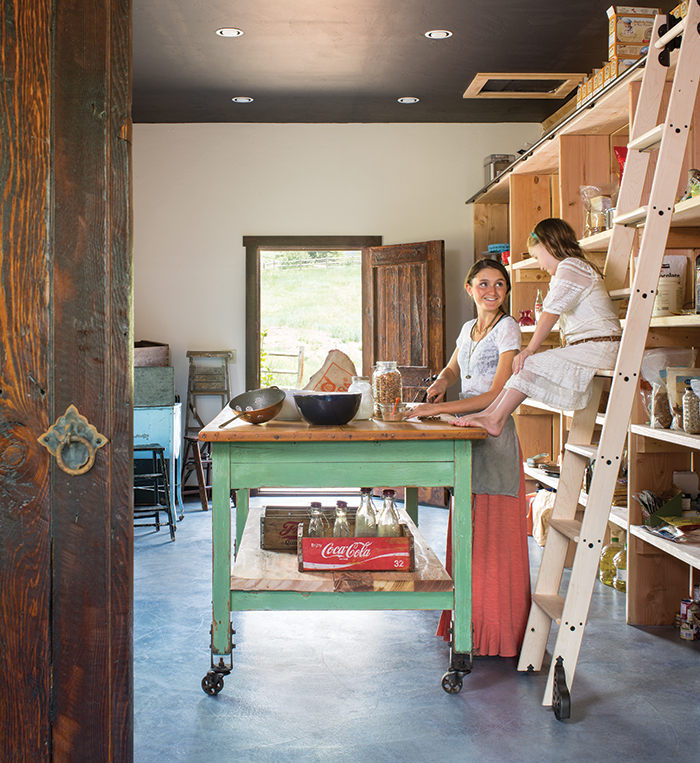 Gerard shared her favorite cooking items with us… 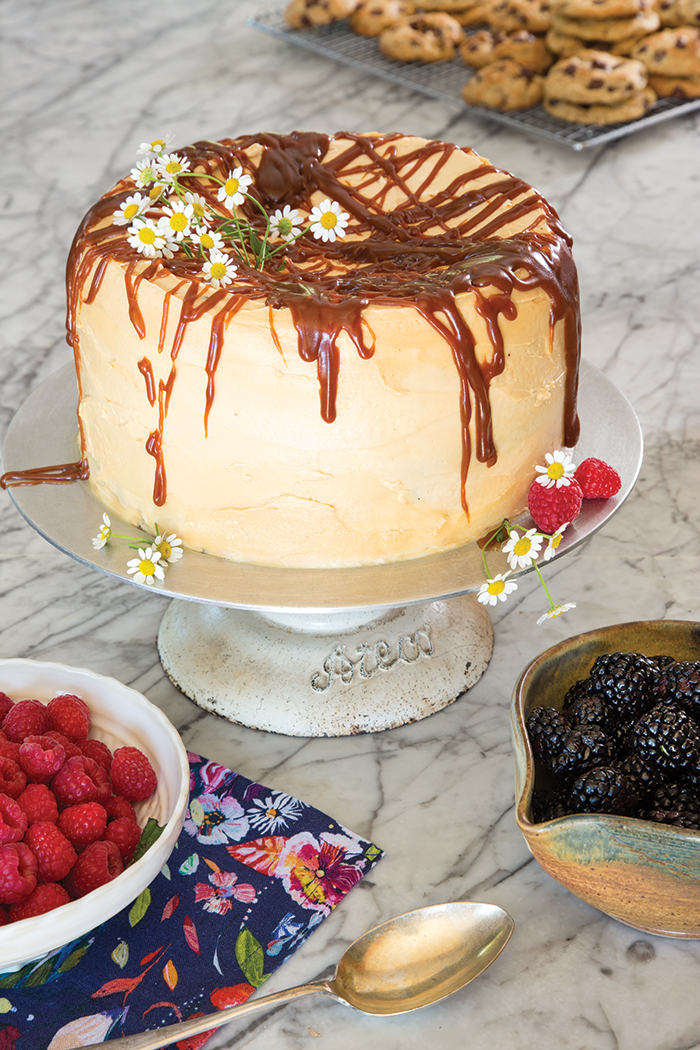 and her recipe for Chocolate Caramel Cake. Yum!

SEE ALSO:
A Girl, A Blog, A Barn
12 Recipes to Get You in the Mood for Fall
Behind the Scenes with Tieghan Gerard
Baked Buttermilk Pumpkin Doughnuts with Hot Cocoa Glaze
A Day in the Life of Tieghan Gerard

Another Cherry Creek Arts Festival on the Books