Although fiercely connected to the natural beauty of the mountains like many folks around her, Ilona Oppenheim is an unusual Aspenite in other ways. For one, she does not know (or care) the brand of her jeans or the maker of her stove or fridge. Instead, the earthy 39-year-old graphic designer is more concerned with what goes into the mouths of her 7-year-old son, Hendrix, and 4-year-old daughter, Liloo, making sure that every ingredient is organic, wholesome and straight from the farm. Splitting her time between Miami and Aspen, Ilona has just written her first cookbook, Savor, a romantically photographed volume focusing on a sustainable, healthy, family-centric style of cooking and living.

Ilona, who grew up in Switzerland, cooking in the kitchen of her father’s spa, Clinique La Prairie, encourages her readers to know the origin of their food, how to buy local and how to forage for ingredients. Much like her cooking philosophy, the family’s home, a 1971 wooden barn-house renovated in 2012 by Ilona’s husband, Miami architect Chad Oppenheim, is rustic and unassuming. The 3,300-square-foot, five-story structure consists of reclaimed barnwood, local stone, and large-scale windows opening up to Red Mountain, where the house sits on a ridge alongside a bubbling mountain stream.

The house views include Ajax, the Highlands, Tiehack, Pyramid Peak and the Maroon Bells. Its exterior architecture is designed to recede into the environment. Says Chad, “We wanted the house to be as invisible as possible so we can minimize the disturbances between us and the mountains.”

The view from the master bedroom, facing out to the Aspen Valley and the ski slopes of Highlands. A Grasshopper Chair by Fabricius & Kastholm sits on a linen and wool rug from Mansour Fine Rugs. 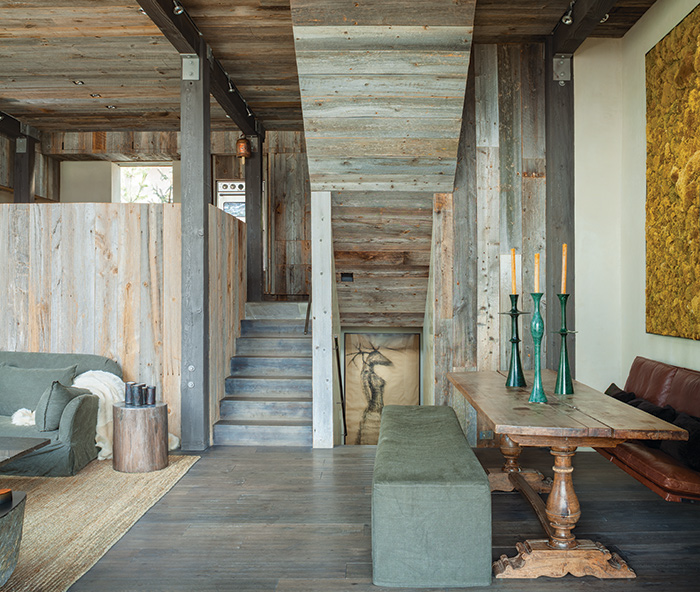 The family dining area centers around a 17th-century Italian Baroque walnut trestle table from Christie’s. On one side of the table is a Verellen custom slipcovered bench; the other is a wall-mounted sofa by Fabricius & Kastholm. The live-moss “painting” from JF Chen amazingly requires no upkeep or watering. A marble candelabra, carved in India, from Odegard, sits on the dining table. 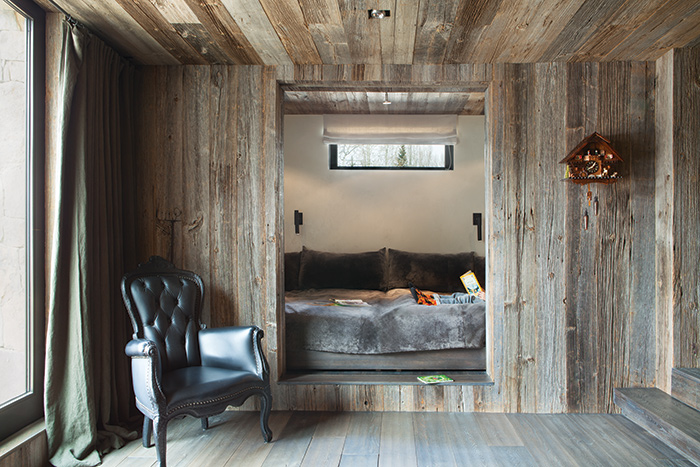 A Maarten Baas Smoke Chair from Moooi is placed outside the “Lounge Room,” an enclosed nook holding two king-sized mattresses draped in custom shearling blankets and pillows from Area ID. The 1950s Lita 2300 sconces from France are sourced from Gallery L7. 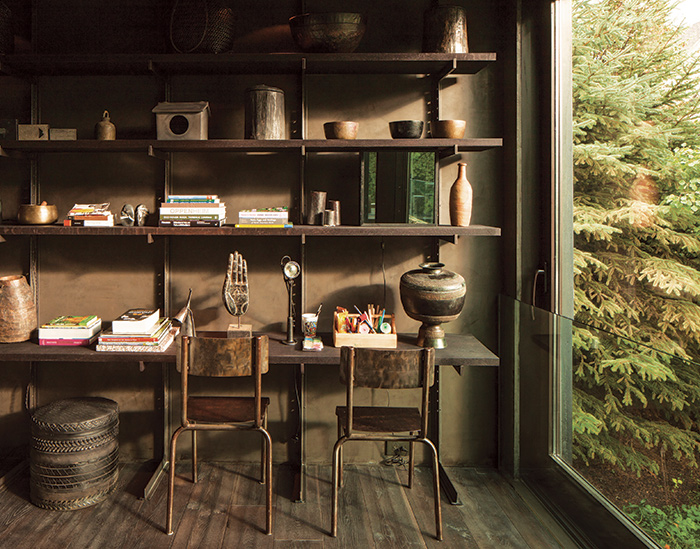 Architect and homeowner Chad Oppenheim converted an existing greenhouse from the former house into a library for his young family. The various artifacts on the shelves are from Tortoise and Gallery L7, while the 19th-century French industrial steel chairs are from ABC Carpet & Home.

Chad named the Aspen abode “La Muna,” a Hopi-influenced nod to the backyard stream on the property. His vision was to have the rustic and minimalistic house blend into the surrounding natural environment, almost receding into Red Mountain Ridge.

“What is most important to me is that the kitchen is open to the rest of the house. I want to be able to communicate with my family and see what’s going on.”
— Ilona Oppenheim

Chad designed the custom, built-in leather banquette around the central island so that the family can cook together and eat together at the same time. The rough-edge stone flooring is sourced from a quarry in southwestern Colorado.SaveSave 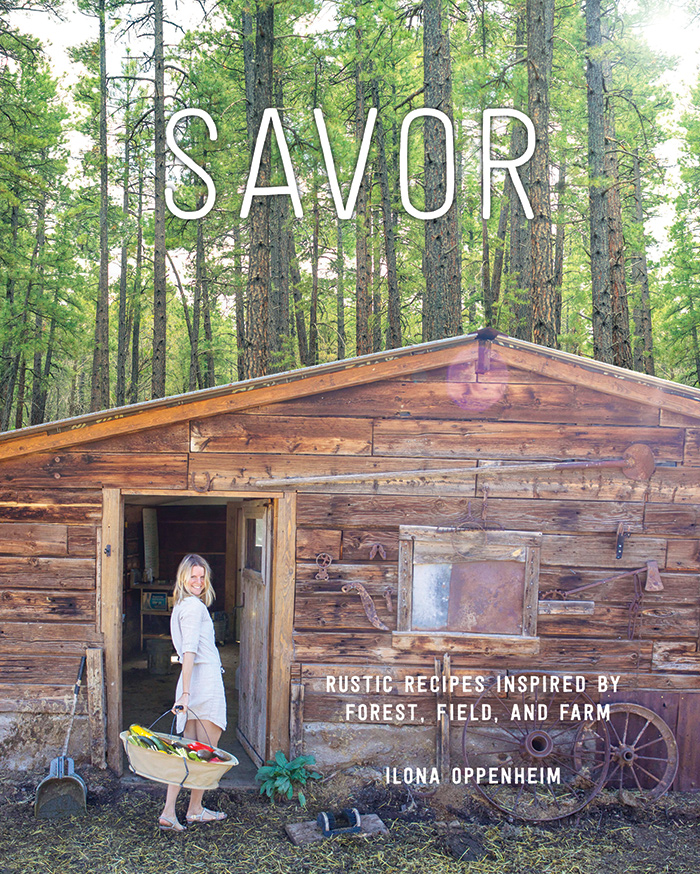 KEEPING IT SIMPLE
Many of Ilona's recipes call for only a handful of ingredients and require very few steps, making Savor accessible for even the novice cook.

Published in March, Ilona's first cookbook is an homage to rustic, simple cooking using wholesome, organic, and fresh ingredients. It's about local sourcing, sustainability, and connecting to nature, but most importantly, it's about an inventive woman cooking for her family in the Rocky Mountains.

SEE ALSO:
A Girl, A Blog, A Barn
A Mountainside Home That Savors the Sunrise
A Day in the Life of Tieghan Gerard [Video]
10 Ooh-La-La Kitchens