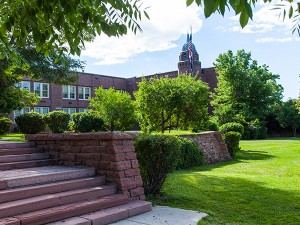 If asked, most Coloradans will readily admit to being unfamiliar with the name Burnham Hoyt. His architectural legacy, however, is instantly recognizable by those who live, work or visit the metro Denver area. 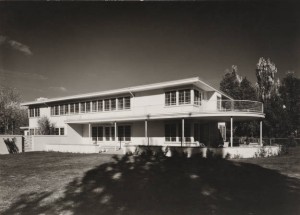 Hoyt was born in Denver in 1887 and graduated from Denver North High School in 1904. At the encouragement of his brother, Merrill Hoyt, he attended the Beaux Arts School of Design in New York City in 1908. He served his apprenticeship at George Post and Bertram Goodhue’s firm in New York City before joining the Army during World War I. In 1919, Hoyt returned to Denver and joined his brother at the architectural firm M.H. and B. Hoyt, Architects. 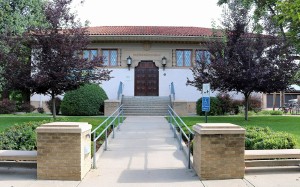 The Hoyts designed Denver buildings using several historical revival styles. Lake Jr. High School is an example of English Gothic style. In contrast, the Park Hill Library showcases a Spanish Baroque Revival style. The Hoyt’s firm was also very much in demand by the affluent Denver society set, and they designed numerous residences for this clientele. Notable examples of Hoyt’s residential designs are The Bromfield residence, completed in 1936. He also designed homes for Adolph Coors and the Tammen family. 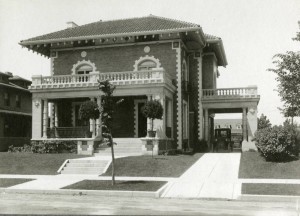 Burnham Hoyt headed his own firm from 1936 to 1955. During this period, he shifted from historical styles to an international style featuring flat roofs, smooth masonry, glass walls and clean lines. Many of these homes can be found in the Denver Country Club neighborhood.

His forays into modernism were often featured as notable examples in architectural magazines. Hoyt also developed an interest in restoring buildings and helped rehabilitate the Romanesque Central City Opera House. 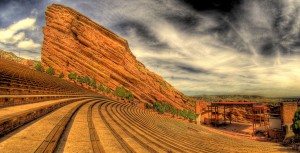 Without a doubt, Hoyt’s crowning achievement is his work in designing Red Rocks Amphitheater. He arranged the seating between two huge rock formations, with a third serving as the stage backdrop. The design was achieved by making the most of the stunning natural setting. Red Rocks Amphitheater is reminiscent of the Greek and Roman amphitheaters, making the most of an acoustically superior natural setting. It is considered one of America’s finest outdoor venues. 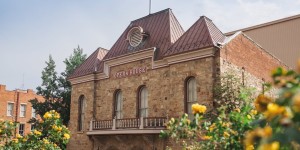 Hoyt developed Parkinson’s disease and died in 1960, but the impact of his talent cannot be overstated. While some of Hoyt’s work was felled by the wrecking ball, many of his surviving structures are listed in the National Register of Historic Places. Red Rocks Amphitheater is on the list of National Historic Landmarks, and the Denver Public Library is part of the recognized Civic Center National Historic Landmark.