A Bite of History at Woodie Fisher

Six years of guidance from James Beard-winning Alex Seidel, an appreciation for simplistic ingredients and Denver’s oldest standing firehouse—Woodie Fisher is an ode to the historical significance of its residency and the Colorado dining experience. Opening on July 1st, this modern yet casual dining space will serve up American cuisine that is technique-forward with its preparation of proteins and vegetables. 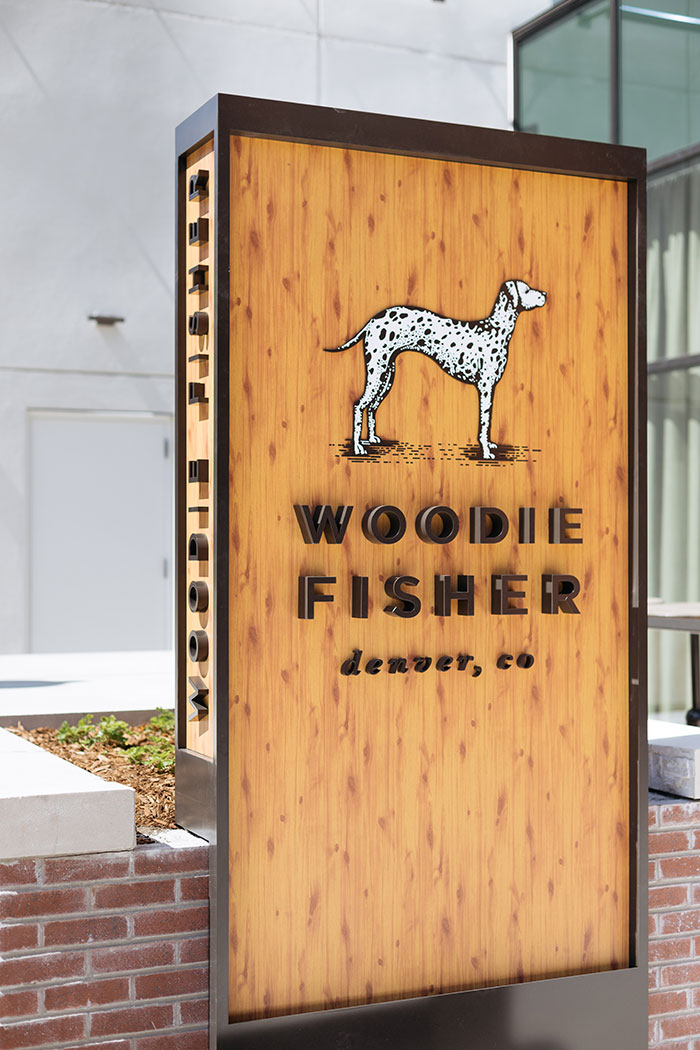 The eatery is named after one of the first foremen to combat fires in Denver, Redwood “Woodie” Fisher, who symbolizes the work ethic of the other firefighters that once served in the building. After receiving the green-light from Denver Landmark Preservation Committee, the 20th and Chestnut Hose House No. 1 was reimagined by Focus Property Group into a dreamy dining space with earthy tones and industrial feel. 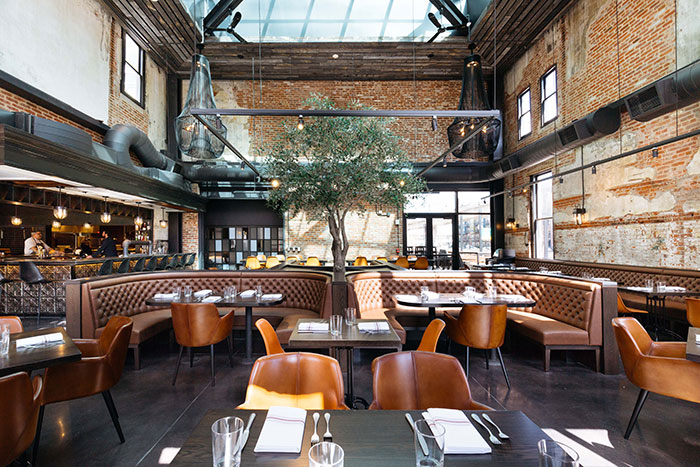 The ambiance is refined and industrial, yet warming and welcoming thanks to the works of Davidson Restaurant Group, Johnson Nathan Strohe (JNS) and BOSS.architecture. The interior design winks back to its firehouse lineage with a dalmatian emblems, 600 hoses manipulated into a chandelier and a main dining setting within the garage where firetrucks previously resided.

“This project is the culmination of history – ours as the developer, as well as the City of Denver’s. We’re proud that Woodie Fisher will serve as a bookend to another piece of the city’s history,” says Executive Vice President of Focus Property Group, Josh Fine. 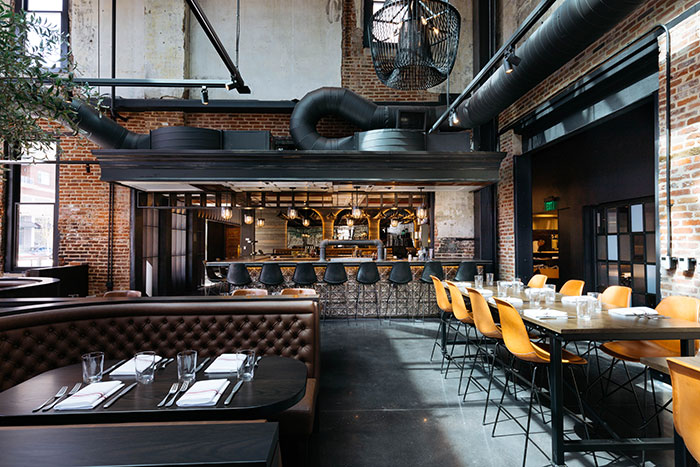 Formerly of Fruition team as chef de cuisine, Ruiz is taking a similar direction with his menu by letting ingredients shine without an overload of embellishments. With a rotating menu alongside a technique-focused skill set, expect the fare to change seasonally according to what’s harvesting locally (a common practice of Seidel’s Fruition and Mercantile Dining & Provisions). 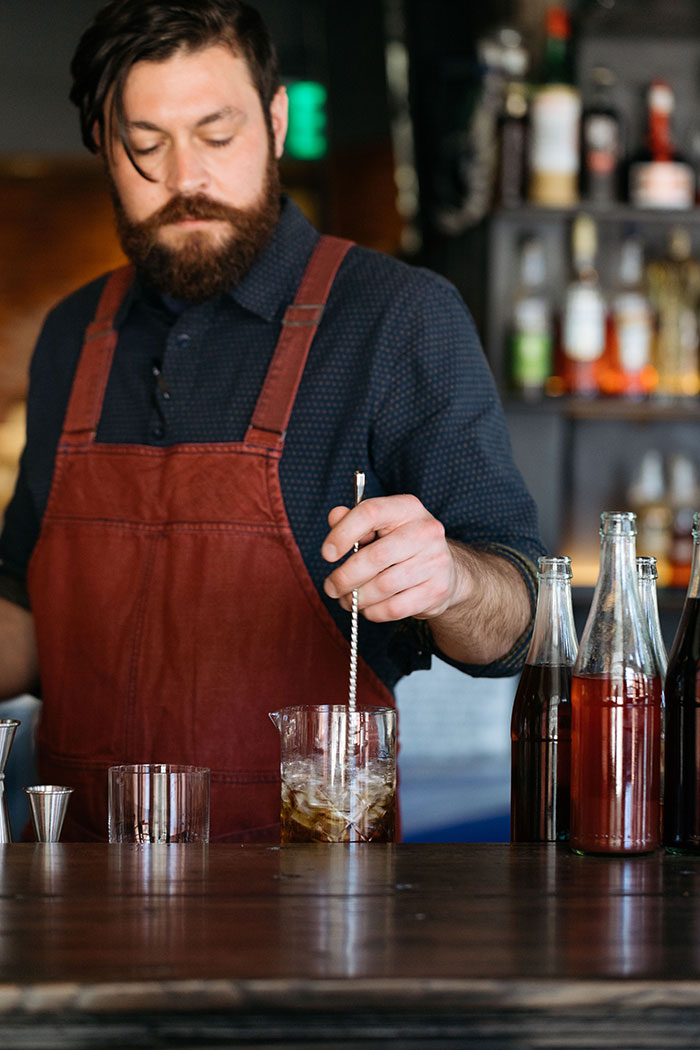 Ruiz’s top pick this season? The smoked pork short rib that pays tribute to a homey, vinegar-y Carolina style barbecue. Topped with a chicharron crumble and buttery pickle relish over cheddar grits, we can’t say that we disagree with the chef’s suggestion. Another delicious bite was the High Plains Wagyu Tartare with pickled mustard seed, egg yolk jam, crispy potato chips and chives. 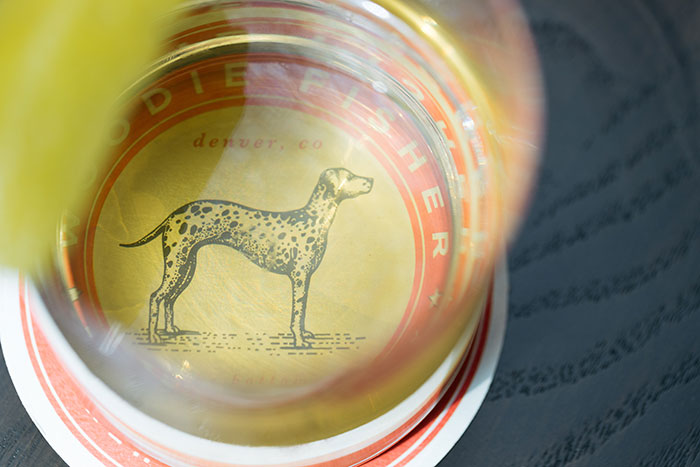 “I feel fortunate to be part of the revival of this historic site and to create a menu that pays homage to everything Woodie Fisher stands for,” said Ruiz. “The dishes are reflective of my background in the culinary industry and inspired by the tenacity of the building in which they’re served. I’m very excited to introduce this menu to Denver.”

Woodie Fisher is open daily for dinner, from 5-10 p.m. Sunday through Thursday, and 5-11 p.m. on Friday and Saturday.