Ghost hunters, embark on a road trip this Halloween and explore these hot spots for paranormal activity 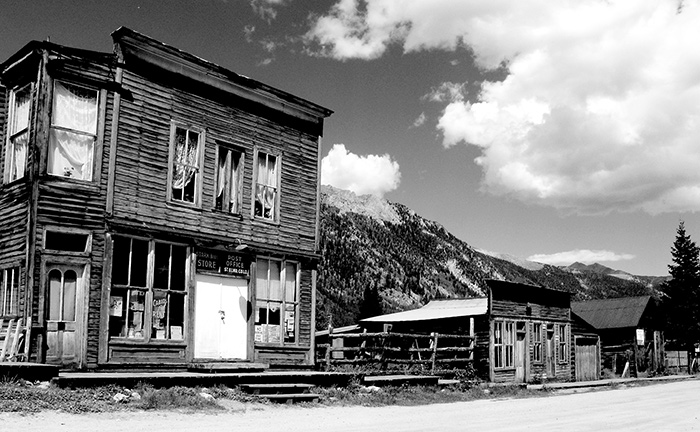 Halloween is a magically spooky time in Colorado—colorful leaves abound, a cold crisp in the air, and plenty of century-old sites to explore.

If you’re into ghost-hunting and traveling Colorado in the name of all things scary, here are just a handful of haunted spots all over the state, from 19th-century hotels and abandoned mining towns to ghostly cemeteries and places of unfortunate events. 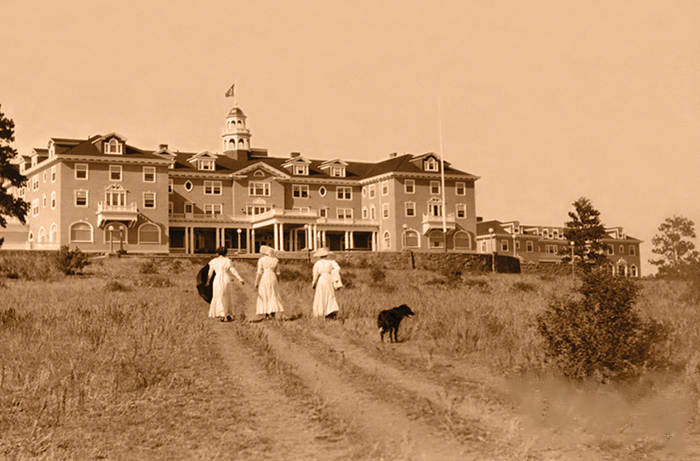 What list of haunted Colorado sites would be complete without the Stanley Hotel? Perhaps best known for inspiring Stephen King’s The Shining, The Stanley Hotel in Estes Park is teaming with ghost stories. According to longtime staff, no less than four spirits regularly roam the hotel’s corridors—most notably, Lucy, Paul, Eddie, and Elizabeth. The Concert Hall is a particular hot spot for paranormal activity; lights flicker, laughter and footsteps echo off the walls, and chilly drafts greet its guests unexpectedly. Learn more at stanleyhotel.com

Cheesman Park is a delightful recreational area in the heart of Denver—the perfect spot for picnicking, jogging, walking the dog, or tossing around a football. But originally, the grounds were the site of Mount Prospect Cemetery, founded in 1858, until a park was built on top of the graveyard, a la Poltergeist. In 2010, workers digging trenches for the park’s irrigation system discovered four skeletons from the abandoned cemetery. According to Doug Gibbs, project manager for Colorado Designscapes, Inc., metal casket hinges were found, but the wood caskets had completely decomposed. Learn more at denver.org.

If you’re in the Royal Gorge Region and looking for a scare, stop by the Museum of Colorado Prisons—a structure that shares a stone wall and armed towers with a prison that has been in continuous operation since 1871. With over 140 years of history, the cell house has two floors: 30 inmate cells on the upper level, and archival storage, original kitchen, and isolation cells on the lower level. Tour the creepy exhibits, which include stories of famous inmates—most notably, a man who was convicted of cannibalism and a 12-year-old boy convicted of murder. Eek! Learn more at prisonmuseum.org. 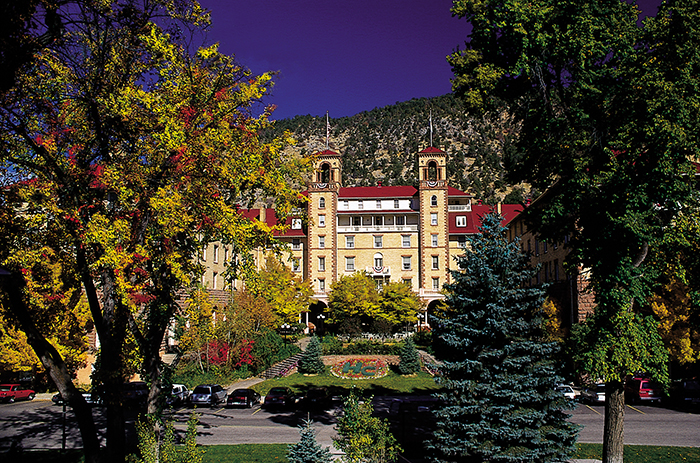 Numerous 19th-century lodgings swarm Colorado, but not many can say they were converted to a hospital during World War II, which hosted as many as 500 injured military personnel in its chambers, nor can they boast of giant ovens in their basement, supposedly once used as crematoriums for the dead. But alas, the Hotel Colorado in Glenwood Springs can say just that, and more. Its ghostly reputation is also attributed to the spirits of the area’s Ute Indian inhabitants, who frequented the hot springs before their untimely exile. Learn more at hotelcolorado.com. 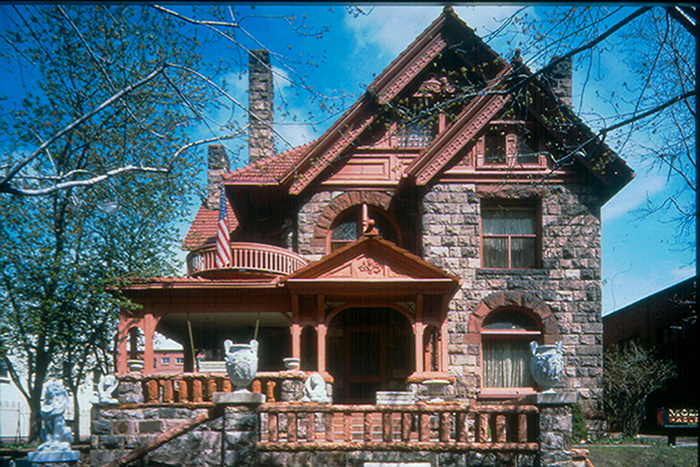 Molly Brown, the famous survivor of the Titanic disaster in 1912, once lived in this Victorian Denver home built in 1889.  With over 100 years of history and at times serving as a private residence, an apartment complex for young men, and a home for wayward girls, the house is associated with eerie ghost lore—including hauntings from Molly herself—and frequent visits from paranormal investigators. Acting now as an educational outlet, the Molly Brown House Museum offers historical tours of both the house and the neighborhood. Learn more at www.mollybrown.org.

Officially founded in 1880, the once-flourishing Colorado town of St. Elmo was an active gold- and silver-mining hot spot, with a population of nearly 2,000 people. At its peak, Mary Murphy Mine, the area’s largest mine, recovered $60 million worth of gold. St. Elmo was a hub for supplies arriving by train, and The Denver, South Park, and Pacific Railroad tracks went through the town, continuing on through the historic Alpine Tunnel. But in the early 1920s, when the mining industry began to dwindle, the railroad discontinued service to St. Elmo, resulting in a mass exodus… except for two eccentric residents, a brother and sister duo named Tony and Annabelle, who toughed out the abandoned location and harsh winters through the 1950s—after even the postal service discontinued. They were eventually sent to a mental institution, leaving St. Elmo’s population at zero since.

The Hotel Jerome is a luxury stay in Colorado’s ski resort town of Aspen—not exactly what comes to mind when seeking otherworldly adventures. But this hotel is known for its “unique blend of contemporary luxury and historic heritage.” Jerome B. Wheeler built the hotel in 1889, 9 years after the town of Aspen was established at the height of silver mining—in 1880, the largest silver nugget in history was excavated from the local Smuggler Mine. The hotel was booming with visitors until Aspen’s “quiet years” when the silver mines began to close—from there, people moved into the hotel for $10 a month including meals, and then the space was renovated to become the center of the town’s social life. Hauntings of The Hotel Jerome are rumored to include the ghost of a boy who drowned in the property’s swimming pool and a maid who became ill and died after falling into an ice-cold pond. Learn more at hoteljerome.aubergeresorts.com. 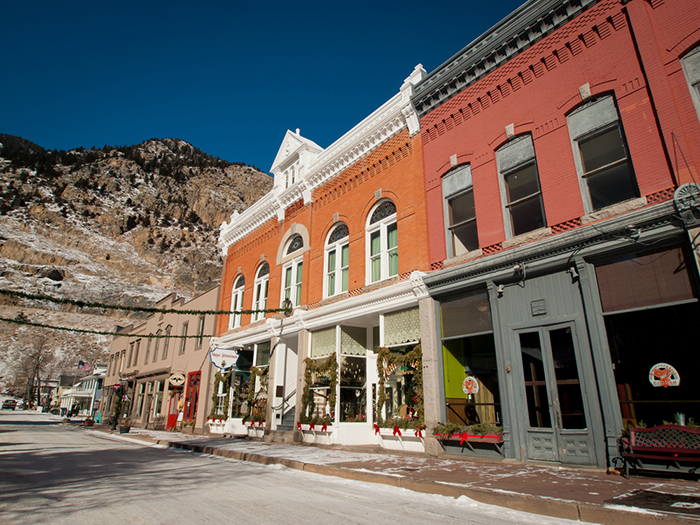 8. THE STREETS OF GEORGETOWN
Georgetown, Colorado

According to Mountain Living‘s The Heidi Guide:

Georgetown is a National Historic Landmark District, and , with 240 protected buildings, it’s practically a museum. Anne Marie Cannon created the Silver Queen Walking tours in response to a high level of interest in historic tours of the town, and in the fall of 2017, she added ghost tours.

Cannon explains to her tour groups that spirits and ghosts are attracted to the familiar, and because Georgetown’s architectural landscape and the mountains surrounding it haven’t changed much since the town was founded in the mid-1800s, a lot of people have crossed over but are still lingering in town because it’s familiar.

Her tour combines history and ghost stories and has eight stops, including a Victorian home. They will run throughout October. During the holidays Cannon will continue to provide her historical walking tours and then take a break until spring.

Book a tour at silverqueenqalkingtours.com. 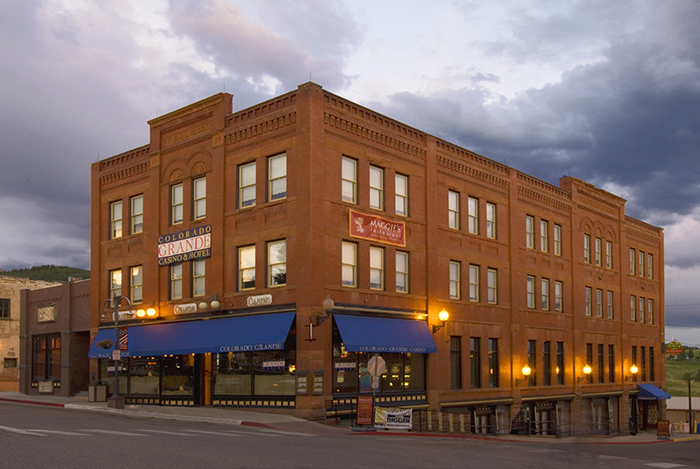 Cripple Creek is riddled with haunted places—Buffalo Billy’s Casino, Hotel St. Nicholas, Mamie R. Mine, and the Mt. Pisgah Cemetery, just to name a few—but its Colorado Grande Casino and Hotel takes the cake when it comes to a long, sullied history of supernatural happenings. Encouraged by the gold rush in the late 19th century, the community’s population skyrocketed from 500 in 1890 to 10,000 just three years later. But tensions between union workers and mine owners caused hardships and excessive violence in the area. The Colorado Grande was built in 1896—a three-story brick building which now stirs with the spirits of its former gamblers and guests. Maggie, the most famous of its apparitions, smells of roses and is seen playing slots with an unnamed male partner. Learn more at coloradogrande.com.SaveSaveSaveSave