Over the past few years, Denver has grown into a hot spot for chic hotels—from downtown’s Le Méridien, to Halcyon in Cherry Creek, to the gallery-like ART Hotel, to the fun and funky Maven in the Dairy Block. But the one hotel that’s been around since long before the Mile High was a vacation destination is the Brown Palace Hotel & Spa, the iconic red sandstone building that’s held court on a triangular lot since 1888, just 12 years after Colorado became a state. The Brown Palace is known for its proper high teas, annual showings of the National Western Stock Show’s Grand Champion Steer in the lobby, and glorious holiday lights display, but a stay in one of its 241 guest rooms also provides a valuable history lesson. Here, six things you probably didn’t know about the 126-year-old hotel. 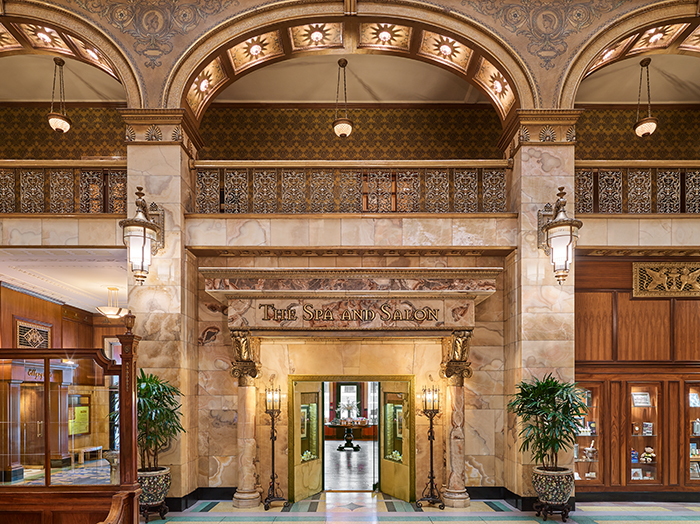 WHAT’S IN A NAME: Contrary to popular belief, the Brown Palace is not named after Titanic survivor and Denver socialite Molly Brown (although she stayed at the hotel two weeks after the sinking of the Titanic). The hotel was actually named for its founder Henry Cordes Brown, a carpenter-turned-real-estate entrepreneur from Ohio. He arrived in Denver in 1860 and purchased several acres of land—including the triangular plot the hotel now sits on, which was originally where Brown’s cows grazed. His land’s property values skyrocketed, and Brown became very wealthy.

PRICEY BEGINNINGS: No expense was spared for the creation of Brown’s “Palace Hotel.” Built in 1888, the granite-and-sandstone hotel cost a staggering $2 million, comparable to $56 million today. Splurges included the eight-story atrium with stained-glass ceiling and the artesian well located 720 feet below the hotel’s foundation. 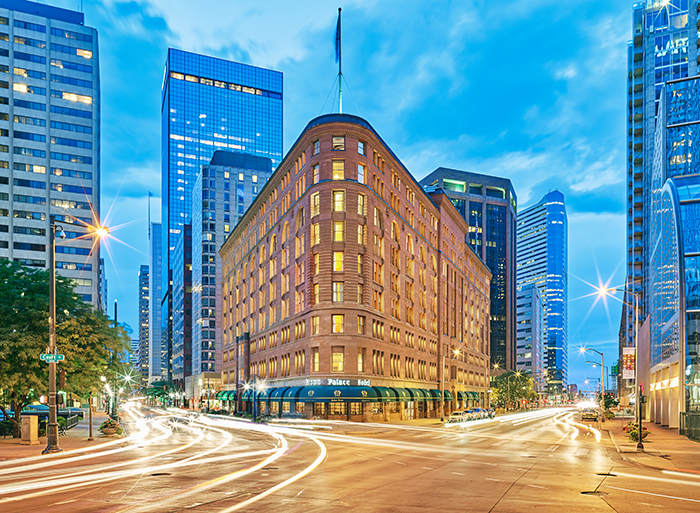 GREAT HEIGHTS: At 143 feet, the Brown Palace was the tallest building in Denver when it was completed. Republic Plaza, Denver’s current tallest, is almost five times its height.

VIP GUEST LIST: For over a century, the Brown Palace has played host to presidents, celebrities and royalty. President Dwight D. Eisenhower used the hotel as his presidential campaign headquarters, while the Beatles crashed there during their 1964 tour. Other musicians such as Taylor Swift, Bruce Springsteen, the Rolling Stones, Cindy Lauper, Metallica, Jon Bon Jovi and Pearl Jam have all been guests at the Brown. 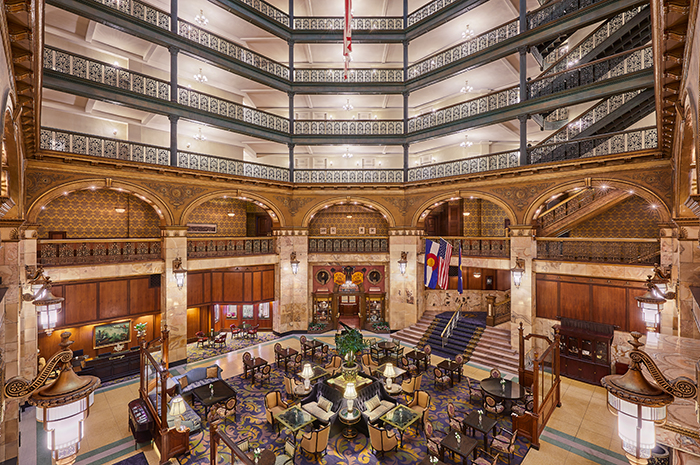 NOT SO FLAWLESS: 736 filigreed iron panels make up the railings around the Brown Palace’s atrium. But if you look carefully, two of them are upside down. No one knows why, but searching for the misfits makes for a fun way to pass the time.

SECRET PASSAGEWAYS: A tunnel under the Brown Palace was built in 1959 to quickly move hotel staff and equipment between the hotel and its annex across the street (now a Holiday Inn Express). There are also underground tunnels connected to the Navarre building, which served as a brothel in the 1900s. It’s rumored that men used the tunnels to visit the brothel without the risk of being seen walking through the main entrance.

For more Brown Palace trivia, visit the hotel at 3 p.m. on Wednesdays and Saturdays for a guided historical tour led by hotel historian Debra Faulkner. Tours are complimentary to overnight guests and $15 per person for the general public. Each tour lasts an hour and 15 minutes and covers anecdotes about the people and events that have shaped the hotel’s history.