Super-sleek covered outdoor rooms that keep the elements at bay

The claim that Colorado boasts 300 days of sunshine a year may be a myth according to some meteorologists, but the idea isn’t far from reality: We Coloradans get a lot of sun and wind, especially in the spring and summer months when we’re itching to spend every minute outdoors.

Outdoor living spaces in Colorado aren’t just your typical patios and pergolas—they’re extensions of the home, and should never feel too exposed to what can be, at times, unrelenting elements. Sitting out on the deck with cold beverage in hand is true luxury, but having the sun beating down on you can significantly shorten your time outdoors—not to mention Colorado elevation, which means we’re much closer to the sun and more likely to feel its effects sooner rather than later.

A simple outdoor covering can solve all that; an extended roof or large umbrella can usually do the trick. But why not think just a tad bigger? Here we’ve found a handful of modern, European-inspired coverings that aren’t your typical vine-covered trellises. We’re talking smart awnings and super-sleek all-season pergolas that fit in seamlessly with your outdoor design, while providing some serious relief from the sun. 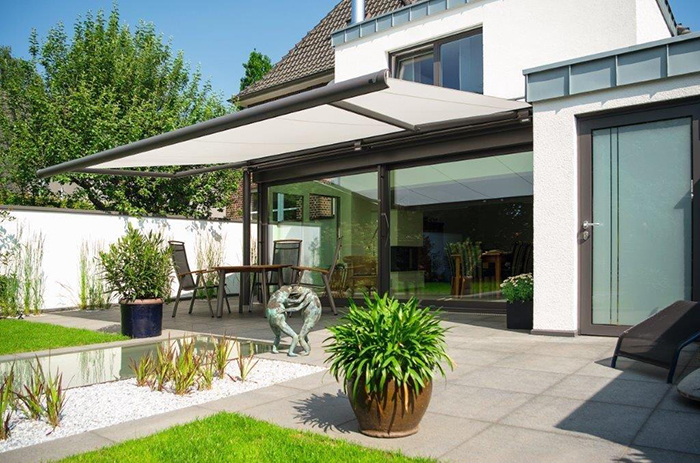 This minimalist home’s backyard bridges the gap between indoor and outdoor living with large west-facing window walls and a modern landscape. The automated retractable covering is not your typical awning; while it’s designed to flawlessly match the home’s exterior, it can also sense when sun and/or wind is becoming too strong and activate shade on its own—doubling as an energy-efficiency tool for the home. And there are no poles or columns obstructing the views and navigable space.

These bright-red retractable shades keep the sun out of the home’s interiors while adding boldness to its balcony—and providing energy efficiency. 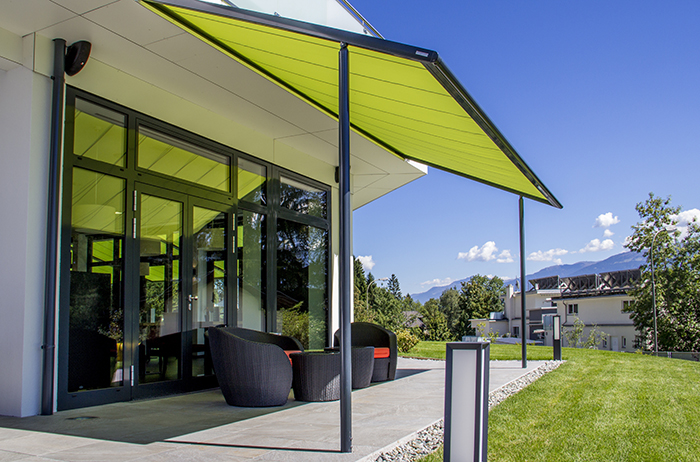 In some areas of Colorado, retractable awnings with columns create even more stability against the wind (and can reach out even further for maximum shade). Here, a bright pop of green balances the clean lines of the concrete patio and modern furniture. 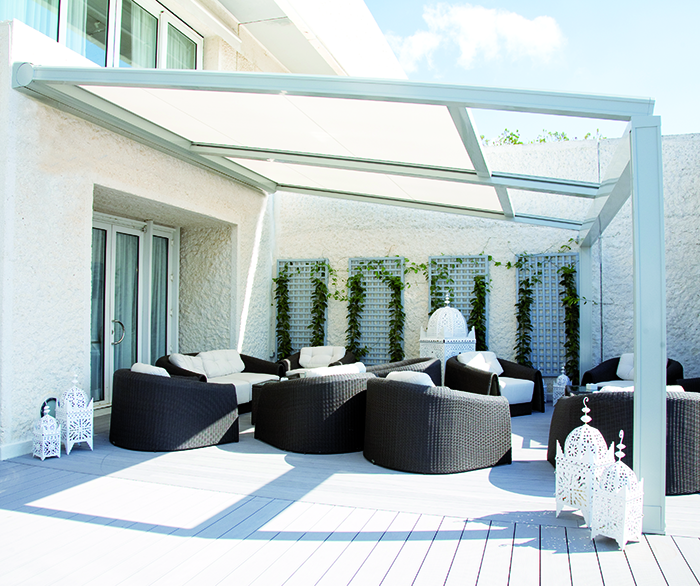 This light and airy all-white deck’s retractable awning can add more sunlight in sections. Large columns add a touch of weight to the space. 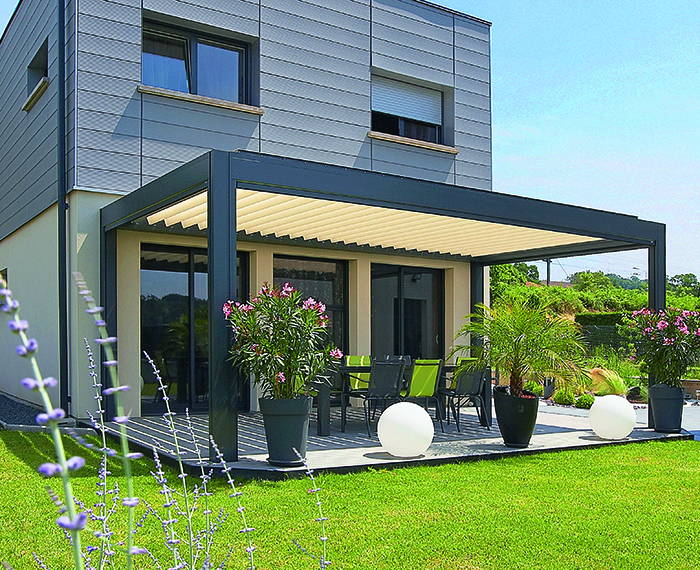 In lieu of a traditional pergola, this metal covering also boasts a snow load, allowing Coloradans to retreat from not just wind and sun—but also snow. The automated fixed slats open and close to shield the homeowners and their guests, permitting them to stay outdoors and watch the snowfall.

Jared Layton is the principal and founder of The Denver Shade Company, which designs and installs automated window shades with an emphasis on design-centered home technology. Contact Jared at (303) 517-1994.

Content for this article provided by The Denver Shade Company.