If there’s one term Scott Lindenau definitely does not want to hear when people describe the sleek, spare, exceptionally elegant homes and civic spaces he and his team at Studio B Architecture + Interiors design, it’s contemporary. “We’re modernists in the best sense of the word, very focused on producing beautiful, classical, pure work that is timeless and will look as good 50 years from now as it does today,” says Lindenau, the firm’s owner and design principal. By contrast, he sums up so-called contemporary architecture as “trendy, in-fashion, pastiche.”

A native of Madison, Wisconsin, Lindenau embraced his modernist mission to create buildings capable of lifting the human spirit while at the Rhode Island School of Design (RISD), where he graduated in 1986 with a pair of bachelor’s degrees in architecture and fine arts, after first earning a B.S. in zoology at the University of Wisconsin. “I’d always planned to go to medical school,” he says. “But after a couple of years off, I realized I was more interested in the creative parts of who I was. RISD immersed me in a creative think tank of incredibly talented people, where I learned how to see, to draw and to talk about ideas and concepts.” 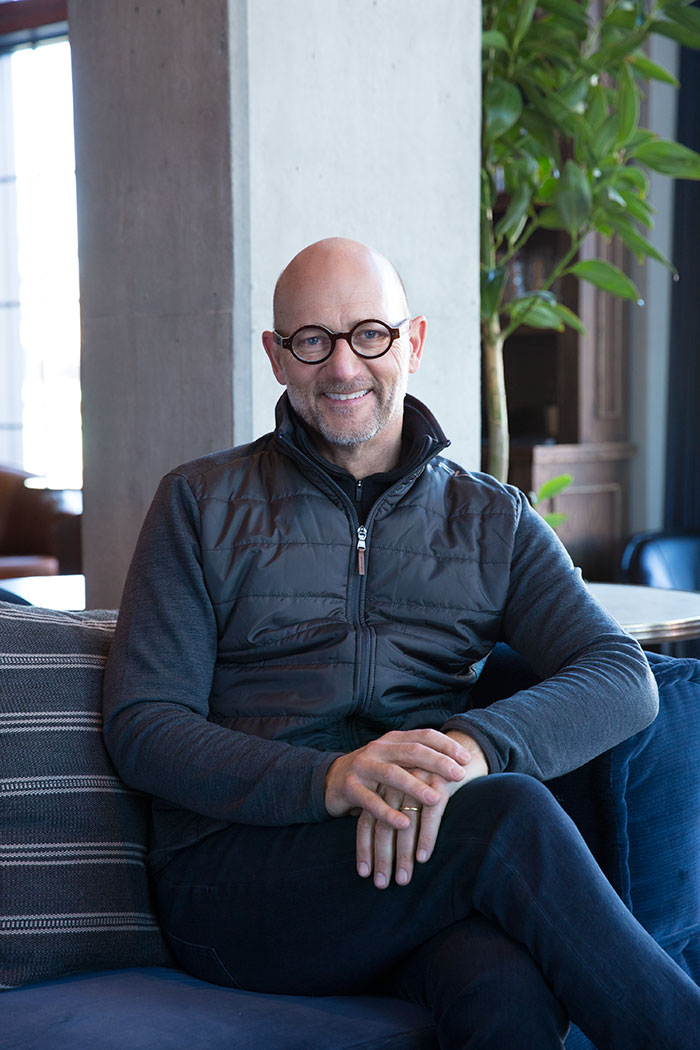 Degrees in hand, he worked briefly in Aspen before landing a job in the studio of modernist architect Antoine Predock in Albuquerque, New Mexico. He stayed there for a year and then returned to Aspen, where he honed his skills for three more years before opening Studio B in 1991. Today, Studio B has 13 employees—including four in a Boulder branch opened in 2014—and incorporates an interior-design practice directed by Lindenau’s wife, Susan Okie Lindenau. “But getting bigger has never been as important as the work itself and achieving excellence in all we do,” Lindenau says. More than 75 American Institute of Architects design and professional awards to date attest to that approach.

“Our goal is a seamless integration of all a building’s elements with the landscape. When you perceive the whole as one, that’s great design.”
— Scott Lindenau

Lindenau has deliberately structured his firm “horizontally” to foster collaboration. “Our process first explores the boundaries of a project. We research the history and geology, diagram landforms and view corridors, and explore the client’s program and how they live. We’ll explore many different options and then edit them down to maybe three or four that we present to the client.” 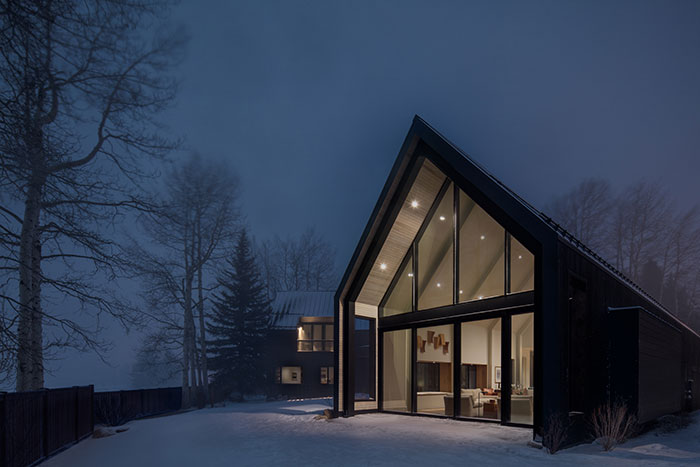 Throughout the early design stages, one thing you won’t see Lindenau reach for is a touchpad or mouse. “I do not draw on the computer at all,” he notes. “I still use my fat Caran d’Ache pencil. And I spend a lot of my time with some of my younger staff, trying to get them to loosen up and sketch ideas quickly.” To develop his team’s drawing skills, he has even brought in instructors for summer workshops in nude-figure drawing and led team travel-and-sketching trips to locations as near as Utah’s Bryce Canyon and as far as Berlin.

Another Lindenau concept that seems to be a creative win: “We’ve now started to work in other states, in new landscapes and new contexts.” 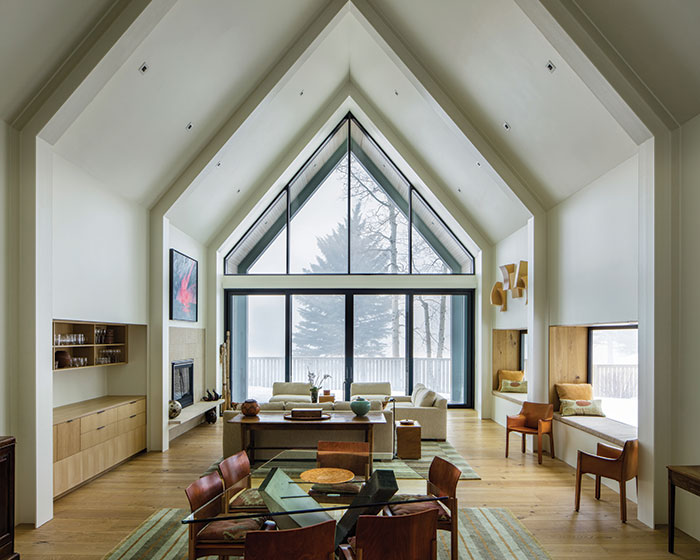 Interior of Aspen house above [Photo by James Florio]

BACK TO BASICS “Traveling is a huge part of who I am. My offices in Aspen and Boulder are filled with a tribal-art collection from my regular trips to visit remote tribes and indigenous cultures. Seeing their honest, functional construction methods has taught me to strip away the frivolous details from my work, to make things highly efficiently.”

MODEL APPROACH “Architectural renderings, especially those done on the computer, can look so incredibly realistic that they can be deceiving to clients. At Studio B, we still are very engaged in model-making. Nothing can replace the ability to see mass, scale and form that a model provides. When you put a model in a client’s hands, they get it.”

SEEKING BALANCE “I’ve been practicing yoga for over 20 years, and I taught it for four years. Yoga is analogous to architecture in that both are all about how you structure and build things. Yoga has taught me how to let go of ego and how to balance my life.”

THROUGH THE LOOKING GLASS “My favorite escape in Colorado is Willow Lake, a 30-minute drive from Aspen up toward Independence Pass and then, from there, an hour-and-a-half hike. I often go up there with my wife, Susan, and we sometimes share it with good friends. Rarely is anyone else there. It’s a mirrorlike lake that changes with the seasons, and we see wildflowers, mountain goats and wild sheep. It’s especially great when Aspen gets crazy with all the tourists.”

WHAT’S IN A NAME? “I wanted the firm to have a name that wasn’t mine, because over time I’d seen firms that kept changing their names as they grew and partners left. ‘Studio A’ was too obvious. So I called it ‘Studio B.’”