You could say that kitchen design is in Mikal Otten’s blood. His father was a kitchen designer in the St. Paul/Minneapolis area when Otten was a child—a time when, he says, “There were no stone countertops—Corian was the new invention. And kitchens were utilitarian and placed in the backs of houses—not nearly as grand as they are today." 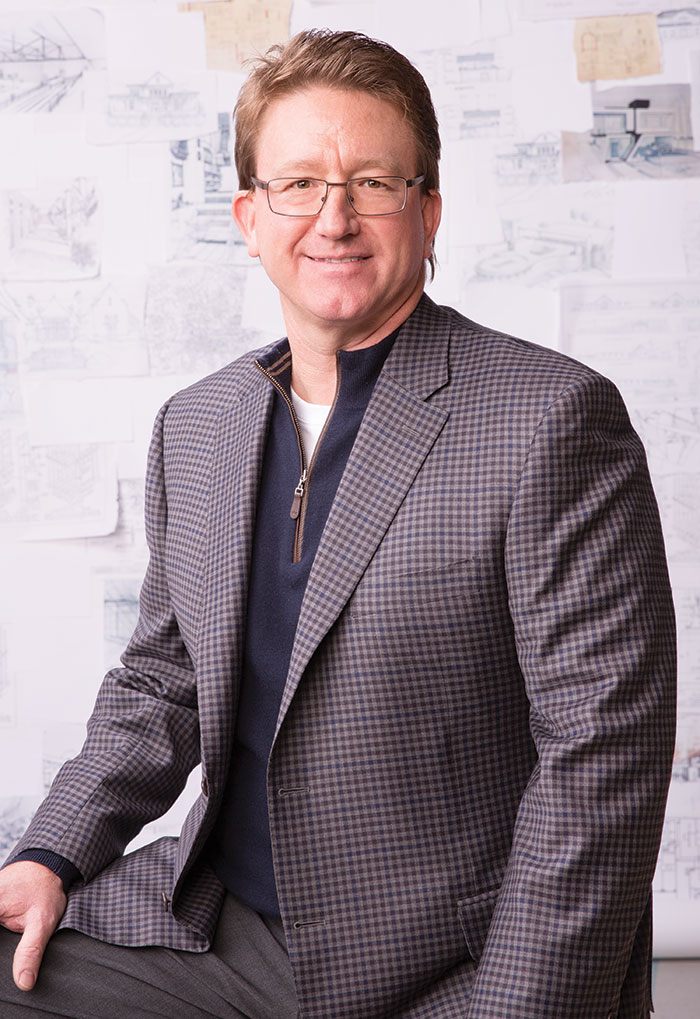 “In college, I studied computer science, mainly because I wanted to do something different from what I grew up with,” Otten says. “I don’t know why. Dad asked me to come back and help him with his company, and now I look back and go, ‘Wow—how could I have ever thought that I would do something else?’ But I was young and I didn’t know.”

Now, Otten’s company includes four designers, his younger brother Marcus among them. “I’m still amazed at how many times we hear, ‘Oh, this kitchen is the heart of the home’ or “Everything happens in the kitchen,’ ” he says. “That has never been more true. It’s enjoyable to see how we can change a life for somebody just by creating a space their family enjoys. Our kitchens are a piece of art, but a piece of art you live in and enjoy every day.”

One thing that makes EKD unique is the team Otten has built. “We have an awesome group,” he says. “It doesn’t matter how well we design a kitchen; if we don’t have an incredible team around us—project managers who order the materials and get them to the job site, installation crews that understand the details of design—the kitchens just wouldn’t happen.”

“Mikal is that guy,” says Kyle Webb of KH Webb Architects in Vail. “One of my favorite stories about him involves a project we did in Aspen. The homeowners were having a Christmas Eve party, and one of the kitchen cabinets broke, and Mikal had someone out there to fix it within three hours. That says all you need to know. He takes care of everything. He’s both detail-oriented and service-oriented. He’s a rock star.” 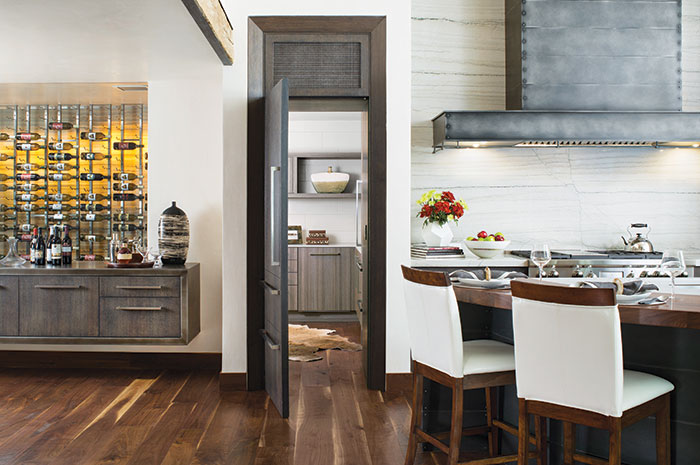 The kitchen of a home in Vail combines a palette of stone, metal and wood to integrate with the natural surroundings. The space is meant to accommodate the family’s casual schedules, with a large hidden pantry and wine storage flanking the kitchen. [Photo by Kimberly Gavin]

“I’m still amazed at how many times we hear, ‘Oh, this kitchen is the heart of the home.’ ” — Mikal Otten

Demo days: “I had to start at the bottom and work my way up. Back in college, I spent my time tearing out kitchens, and it wasn’t long before I was running a couple of crews. At some point, I kind of got bored with that, and there was an opportunity to move into design, and I grabbed it.”

Like father, like son: “From my dad, I learned a really strong work ethic. Every once in a while, he would come home in the morning having spent the night at the office. I have no idea how he did it. I also learned the precision of German engineering from him. He would ask me, ‘How do you measure these projects?’ He would measure everything to 1/32 of an inch. Sometimes he would take something down to a millimeter. That was just ingrained in me.”

God is in the details: “My love was always the details, like the crown moldings and how everything fits together. We named the company Exquisite Kitchen Design, but what does it take to create an exquisite kitchen? First of all, it’s Kitchen 101: The space has to function, no matter what. Second is interior architecture, and third is interior design. There’s also a little bit of fêng shui in there too. We aren’t just cabinet designers. It’s really a matter of looking at a space holistically and creating something that’s a special piece of art.”

Bringing the outside in: “A lot of our kitchens have this layered effect, and that often relates to the exterior, to the landscaping around the home, from the greenery to the boulders to the water. It’s just layer after layer after layer. None of it is exactly the same, but it’s like what you see in nature: a gray pebble against a stone against a boulder. They are slightly set off from each other, but when it’s all together, it’s beautiful.”

Going au naturel: “Of course, kitchen layouts are still fairly similar to when I started more than 20 years ago, but now we let the materials be true to what they are. If it’s oak or pressed oak, it’s natural. We’re letting each of the materials stand on its own, and when materials are chosen correctly, you can create something wonderful.

Favorite compliment ever: “We did a huge renovation for one client, and I remember her original space was so nasty. After we did the redesign, we were sitting and having a glass of wine, and she said, ‘Mikal, it’s like a breath of fresh air.’ That kind of summed the whole thing up.”